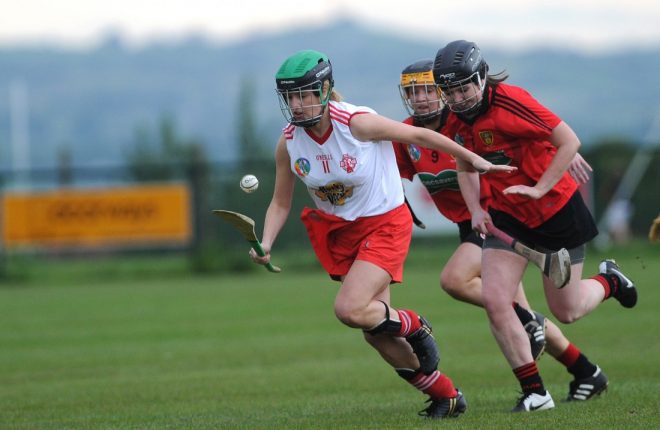 IT’S a matter of “getting the wheels back on the wagon” for Tyrone’s reformed senior camogie team, according to new manager Kieran Leadon.

The Red Hands have reformed for 2017 after three years absence from the National Camogie League, and they begin their Division Three campaign away to Kerry on Sunday.

While a range of camogie clubs in Tyrone are represented, he has been forced to plan without his Eglish contingent. They are preparing for their All-Ireland Intermediate Club final against Myshall on March 5.

“You’re limited as it is, never mind taking those six or eight girls out of it. You have to get on with it.

“Our goal is survival and that’s just the long and short of it. You can’t go any lower than we’re at, that’s one plus.

“It’s just a matter of getting the wheels on the wagon and getting it going again in the right direction because they haven’t had a senior team in a few years.”

TYRONE Camogie will be hosting their first Big Breakfast Fundraiser this Saturday at Quinn’s Corner from 8am-12noon.

The Fundraiser, which costs £10, is hosted and supported by Paudge Quinn who is a long-standing supporter of the Tyrone Camogie teams and players over the years and has always hosted regular Tyrone Camogie Events.

All Tyrone families, supporters and gaels to come along and enjoy the Big Breakfast this Saturday. All proceeds and fundraisers will support go towards supporting the Tyrone Camogie team for the year ahead.