Advertisement
HomeFeaturesAsk The Players: Dealing with the return to training
Advertisement

This can probably be looked at as a two-part question to me. Have I concerns about the return to training physically for players? Probably not to be honest. Football has gotten to the stage now where people look after themselves throughout the year, even during the off season, so a gradual building up of training again shouldn’t be a problem.

From a health point of view, it’s less clear cut for me. I’d definitely hate to return and end up contributing to a cluster of infections due to a group I’m in. However I’m happy to trust that those making the decisions are guiding us and what we’re about to do is safe. Those volunteers responsible for maintaining standards etc. I feel for though, I’m sure they have much more legitimate concerns than the rest of us.

It’s probably the same answer that most players give but the craic with players and managers who you’ve become so accustomed to spending alot of time with. Training is tough but it’s also alot of fun when you’re there. This and the competitiveness that brings out that little bit of extra effort in your training are the things that I’m looking forward to most.

At the beginning, it had very little impact. I maintained a high training load. I enjoy working hard so that was as much for me as it was for football. Where it did have a big impact though was on my time. Without the constant up and down travel to Dublin I was able to commit more time to prehab, stretching, skills work etc.

I overdid it at one point though and developed a niggly injury so after that training changed massively. Very little running and a lot of gym work and conditioning stuff on an assault bike.

I still think it’s hard to tell what impact this will all have. We’re obviously not yet aware of everybody’s personal circumstances and how that will impact who plays and who doesn’t this year. If a team’s top players are unable to commit due to their situation, then obviously they’re fully entitled to do that, but it could impact how strong some teams are, particularly at club level where numbers may be tighter. I know too that I said people should be fine physically returning but at club level, any injury could see someone out of the full championship and again depending who that is it could really upset the odds in a club championship.

In terms of the Ulster championship, I can’t see much changing in that knockout or not, there was never really an opportunity to come into it at less than 90 per cent of your peak. So the change to knockout doesn’t change much in my eyes.

The overall championship however could see things happen differently, in that some of the counties who possibly experience less competition in the earlier parts of the competition won’t be as able to delay their peak until later in the championship. 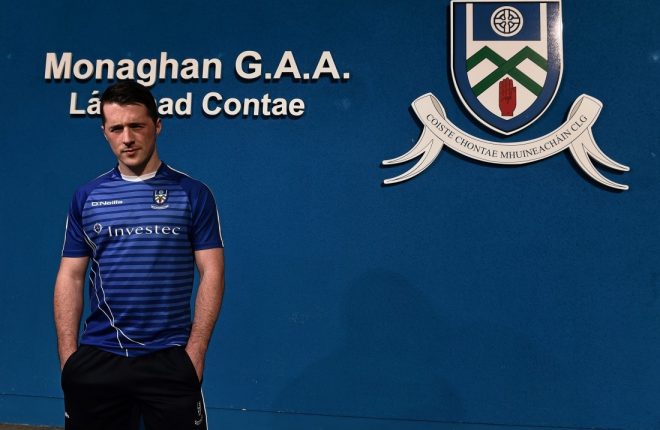 My concerns about returning to collective training post lockdown will obviously be the risk of myself and my teammates contracting the virus. Some people may show no signs of symptoms but might be spreading it to others. There are no measures in the GAA (obviously with amateur status)to detect those who have the virus but show no symptoms and to prevent them from spreading.

I’m hugely looking forward to the social aspect of returning to training. Being able to interact with the team mates again and have that banter that wasn’t there whilst training individually for so long since mid March! It’s the simple things like even having small pods to kick the ball back and forward to each other as well as shooting at the goals again.

My own training during lockdown had it’s good weeks and bad weeks. Initially, the routine was easy to keep as we thought this was something that would blow over quickly. I tried to keep as best as possible my routine of trainings days, but running the roads was not easy on the lower limbs and joints I must say. But I didn’t force myself to train week in week out as we didn’t know the return date so. I wanted to be fresh on returning too. For me it was important to have some down time too and enjoy the time with family.

My thinking is that the teams that can avoid the most injuries during the course of the championship and training leading up to it will have a big say. Favourites will always be up there with that tag each year because they have the track record, so they won’t change, but depleted squads as a result of the quick turnaround could be a massive blow for teams.

I wouldn’t like to think that the competitions are just being run out quickly by those in charge for the sake of ensuring the competitions get played in 2020. That’s not what it should be about.

Finally, I dread the possibility of some player testing positive having played a game in the days before they become ill, I’m not sure what will happen here? Will everyone on the pitch that day have to go into quarantine for 14 days or then get tested? I think this will cause a major issue for completing the competitions because that’s two weeks lost if two teams have to sit out fixtures before returning. They can’t throw teams out for this reason if they can’t fulfill fixtures in those two weeks. It’ll be a huge task managing that. It’s unchartered territory for everyone so we will just keep the fingers crossed that all runs smoothly. 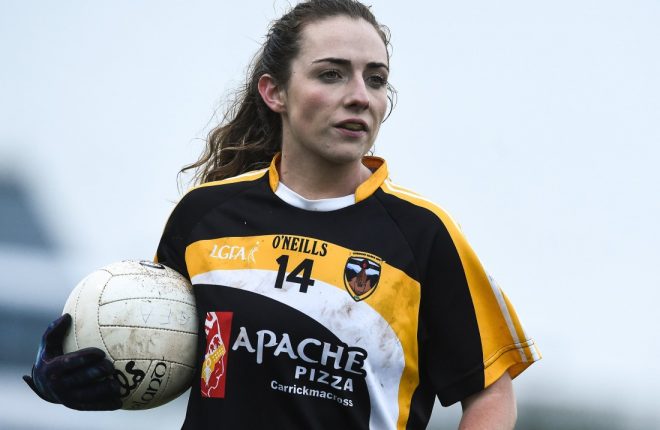 I think injuries will be a big issue for a lot of teams. There is only so much training and exercise you can do to prepare for a game by yourself. Game situations are key to prepare the body for the demands of championship football and at the minute our time will be limited to prepare for these games.

I’m looking forward to having scheduled sessions every week. Somedays it can be difficult to motivate yourself to workout but when you’re doing it as part of a team it’s definitely easier and more motivating. I am also looking forward to getting down onto our local pitch which is in top condition after the long break.

I have kept up training as much as possible and still do four or five sessions per week. I have really enjoyed doing different types of exercise that I wouldn’t normally have time for when I have a busy schedule. I have done online yoga classes, fitness circuit classes,runs in the garden and around town. I also fitted in my first half marathon which was something I never thought I would get to do at this age and with a busy football schedule.

How will this disrupted season affect how the championships will play out?

It’s going to be a very short season. I feel like any team could step up and do well because of the unusual circumstances so I wouldn’t rule out any team winning the championship.

Do you think the Ulster Championship or the club championships will

In Monaghan I’m in favour of the championship layout this year. We are playing a round robin structured competition. This gives all teams a couple of chances to progress and succeed. I will definitely miss the traditional Ulster championship for the county team as it is normally extremely competitive and enjoyable. However, I look forward to the new championship structure this year as it is something new and a different challenge 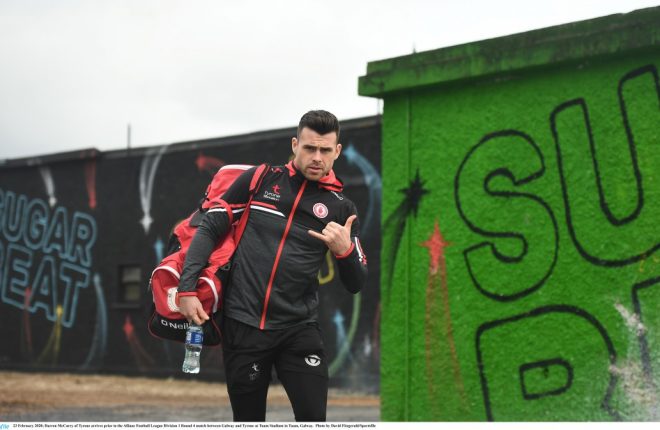 One of the concerns would be getting your body back into shape again. You can do all the training you want but when you are back out on the field it is completely different. You have to get the sharpness back, the sharp turns, the conditioned games. You can’t train for that unless you are doing the team training. If you are not doing that then you can pick up small injuries, and niggles here and there. It is important not to push too hard too early. I will be trying not to push too hard too early.

The other concern is that someone has it on our your team or on another team. The fear is that you would get it and take it back to your family.

Lockdown hasn’t affected my training that much. It’s been a good thing. It has had its positives, I was off work for six weeks. I set up a gym at my store, and I was able to get a good bit of work done. I was working on my weaknesses. I done a bit of kicking. I used the lock down as a positive. I went to work on my weaknesses. I used the time wisely. I tried to improve in every area that I could. I don’t usually get that time off work so I tried to use it as best as I could. I tried to train like a professional would. I found it very useful for training. I would sometimes train twice a day, mixing strength work, conditioning, shooting and a bit of running. I enjoyed it

How will this disrupted season affect how the championships will play out?

It is a bit up in the air. They did well with the club set up in Tyrone. It seems to be good. I think everyone is delighted that something is going to happen. Regarding Ulster and All-Ireland, it’s a bit hard to get motivated for. That time of the year, the winter, no one likes to play in those months. Ulster Championship is usually in the good months. It’s hard to get motivated for it. I thought they were going to scrap it. It seems like they are trying to cram it in, which I think is unfair on the players. There is so much club football to be played, and then the championship. The county players are not getting much rest. Even the football might not be that entertaining at that time.

Do you think the Ulster Championship or the club championships will play out differently?

It’s hard to tell if it will play out differently. Counties are playing their club competitions differently. Players could be coming in fatigued. You just don’t know.