BUNDORAN have made a change as Killyclogher man Terry McCann has departed and Cathal Corey comes in in his place. Corey has been involved with Naomh Conaill before, back in 2010, when they won the Donegal Championship, and 2011. He has also been part of the Sligo management, so he has extensive experience.

Last year, Bundoran’s championship began with a defeat to St Eunan’s, 1-5 to 0-15. However, they were able to bounce back and they recorded wins over Termon by four points, and Milford by six points.

Corey was a manager of Sligo for the 2018 season.

They retained their status in Division Three but lost to Galway in the Connacht semi-final and Armagh in the Qualifiers. Corey cited work commitments as his reason for resigning.

He has also worked with Ulster University and Derry club Sleacht Néill.

There is no change in MacCumhaill’s as Paul Rouse and Seosamh McKelvey remain in place. MacCumhaill’s won their first two games in the championship last year, over Dungloe and Ardara. But they lost the following game to Glenfin.

>Cloughaneely have the s ame manager for 2021 as Michael Lynch remains in place. 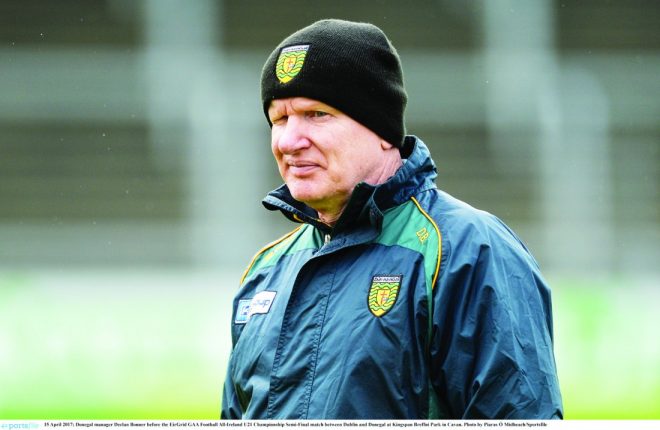 Kevin Cassidy: Bluffers will be spotted a mile off

GAELIC Life columnist Kevin Cassidy has said that the three candidates in the running for the Donegal job must...