FORMER Armagh boss Joe Kernan has paid a glowing tribute to his former adversary Mickey Harte – describing his general stamina and hunger for the Tyrone job as ‘unbelievable.’

Kernan led Armagh during an unprecedented period of success for the county from the years 2002 and 2007, and who can forget some of their titanic tussles against their neighbours across the Blackwater as they duked it out for Anglo Celts and Sam Maguires.

The Crossmaglen man stepped down in the wake of Armagh’s Qualifier to Derry in 2007 while Harte would lead Tyrone for a further 13 years, and his longevity alone is worthy of respect, according to Kernan.

“I’m sure it’s a disappointing end for Mickey as he wanted another year, but the county board seems to be looking more to the long-term.

“In fairness to Mickey, his record and longevity in the job are unbelievable. Speaking from experience, there’s a time where you say to yourself ‘I don’t need this anymore’, but Mickey still has the fire and the hunger, and the only other man like that at the moment is Brian Cody.

“If you don’t have the hunger, the players aren’t long catching on, so fair play to him. He owes Tyrone nothing and he got them to places they’d only dreamt about, and he kept it up for an extended period of time.

“People get it into their head that they want a change and that can be fair or unfair. People will never forget what he’s done and in a year or two, they may be wanting Mickey back!

“All I can say to him is go and enjoy your break but I’m sure he’ll be kept busy.”

Kernan says he enjoyed pitting his wits against Harte on some of the biggest days in the history of Ulster football. Tyrone probably edged the rivalry, winning the All-Ireland final in 2003 and All-Ireland semi-final in 2005, but there was never much to separate the two teams on the scoreboard.

“It was so competitive and that’s why you get into the game in the first place whether you’re a player or manager – you want to test yourself against the best.

“We were the best two teams for a couple of days. It was tense and hard, and there were good days and bad days.
“That Tyrone-Armagh had everything. At times you were hoping you’d win and before you knew it you would settle for a draw. That’s just the way it was and I think neither of the two teams got enough credit.”

Armagh struggled to hit the same heights after Kernan called it a day, but there’s a good chance the same fate doesn’t await Tyrone. A full-forward line of Conor McKenna, Cathal McShane and Darragh Canavan ensures that the new manager has plenty to worth with up front, anyway.

“Whoever gets the job is going to have to accept that there’s going to be pressure, that’s just part of it, but there is the nucleus of a great team there.

“There’s every possibility Conor McKenna and Cathal McShane will be in the inside forward line. Mickey Harte has left a good squad there to work with and that’s probably why he wanted to stay another year. With those two boys they have something up front that they haven’t really had since the days of Peter (Canavan), Stevie (O’Neill) and ‘Mugsy’ (Owen Mulligan).” 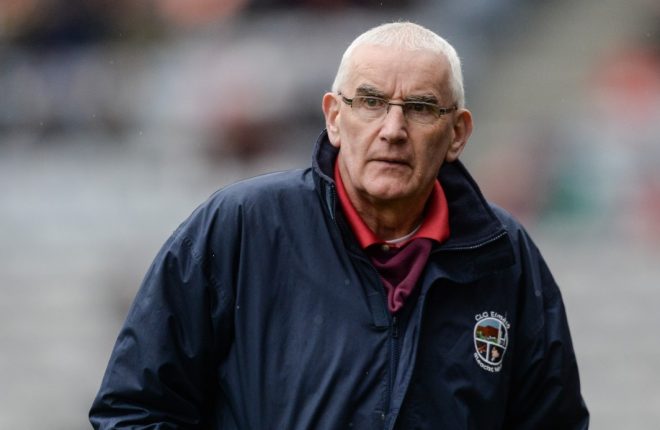 John Morrison says the best managers know when to say they are wrong.