DOWN’S All-Ireland winning forward Cathal Murray, says that he feels that protecting the Ulster Championship should be the priority when the special congress votes on new championship structures.

He also says he’s surprised that so many of the GPA members have voted for a two tier competition.

Murray made these comments this week when asked about his thoughts on the upcoming Special Congress which will vote on whether the football format should be changed.

Murray said that he feels a strong connection to the provincial formats as he played in them during his career, and won an Ulster title in 1991.

“I am a traditionalist. Take away the option of playing in an All-Ireland is serious. You come together at the start of the year and you meet a team. You set your aims and your specific targets. I have been involved in a number of county teams over this last couple of years. If the players’ ambition was to be in a B championship, then I don’t get that.

“I was involved with Louth. We had drawn Wexford, the winners of that were playing the juggernaut that is the Dubs. But no one walked away from it. No one shirked the challenge. We knew that we had to train harder and work harder, but they didn’t walk away.”

Murray used the hurling system as an example of how he thinks tiered systems don’t work.

“I couldn’t tell you what all those competitions mean. I know Liam MacCarthy is the top, but I don’t know what the rest are. I don’t know if it has diluted the game. Maybe teams find their own niche or their own level. But you will find that the strong will only get stronger, and the weak will get weaker. Only by playing the best teams do teams get better.

“Cavan and Tipperary, in the football, won their provincial titles last year. Would they have competed in those competitions based on their league standings. If you asked those players would they prefer to play in a B championship or an All-Ireland, I have a fair idea of what answer you would get.”

The GPA have stated that they are ‘broadly’ in support of a tiered competition.

“I have been in a number of dressing rooms. What you get is strong, opinionated players who want to be heard. They nearly intimidate some of the lads who might have a different opinion. Those lads might not be heard. I would question how many players are being listened to, or is it just the strong individuals in the dressing rooms who are getting their say?” 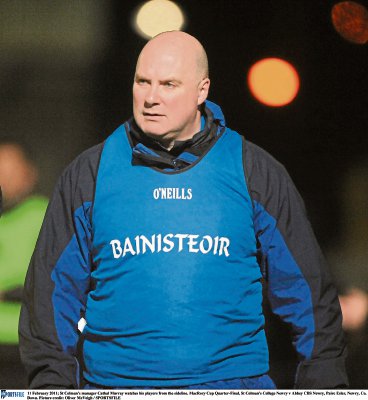