Advertisement
HomeCountiesAntrimAntrim County FootballOpinion: The Kingdom to double up
Advertisement

EARLIER in the season I had a feeling for Mayo lifting Sam. It has been fading and Sunday has made up my mind – Kerry are going to end their eight-year wait.

Yes, I do agree that Mayo just rolled over and let them do as they liked and they’ll face tougher tests ahead.

Kerry’s biggest concern is the lack of opponents. In an interview for Gaelic Life, former Kerry defender Aidan O’Mahony said the competitive Ulster championship is an environment the Kingdom miss out on – tight encounters to let you see where you are.

He also felt Dublin are far from finished, and he’s right.

But I just like what I am seeing from Kerry.

Their goalkeeping experiment ended with Shane Ryan as the man in possession of the number one jersey and his kicking was varied and sublime.

Getting Tadhg Morley to protect the ‘D’ mans they don’t need a dedicated sweeper. It’s not rocket science, but it is the perfect fit and is a by-product of the sheer industry of Adrian Spillane and Dara Moynihan who can also add to the scoreboard. 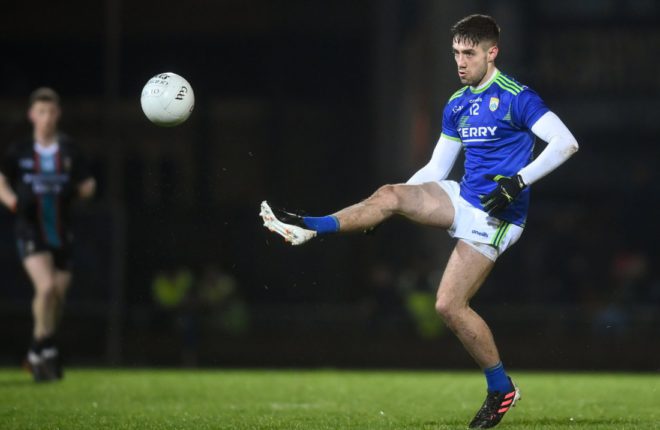 UNSUNG HERO…Adrian Spillane has been immense this season

Seanie O’Shea will return and it will keep the competition keen in the coming weeks ‘inside in training’ as the Kerry people always talk about.

And, they have a boy David Clifford playing in front…and he’s decent too.

Every time I watch Kerry, I just marvel at the quality they always seem to have in attack.

The rest of Ireland will take note of how David Clifford destroyed Pádraig O’Hora when left one on one, but with the quality of ball being played in, I don’t think it will matter.

Sam is heading for the Kingdom.

READ MORE – Danny Hughes looks back at he highs and lows of his career.  Click here…