Dublin’s Dean Rock (2020 – 13 seconds)
13 SECONDS. That’s all it took for Dean Rock to palm the ball home at a desolate Croke Park against Mayo in 2020. Dublin won the throw-in, James McCarthy put on the after-burners as Aidan O’Shea desperately gave chase, and it all ended up with Rock looping the ball volleyball-style over goalkeeper David Clarke. Typically clever and efficient play from the Dubs and they went on to secure their sixth All-Ireland title in-a-row.

Kerry’s Garry McMahon (1962 – 35 seconds)
FOR many decades, this stood as the quickest goal scored in an All-Ireland SFC final. The former Kerry forward had the net bulging in the opening minute on their way to recording a 1-12 to 1-6 victory over Roscommon in front of a crowd of over 75,000 people. As for what exactly happened, McMahon, who was renowned as a talented goal-scorer, fisted to the Canal End goal following a long-free from the legendary Mick O’Connell.

Roscommon’s Johnny O’Connor (1980 – 36 seconds)
AH the days when you could literally throw the ball into the net. In fairness this was a fine attacking move from the Rossies, with Tony McManus selling a lovely dummy and teeing the ball up for O’Connor who then, yeah, threw the ball past the Kerry goalkeeper Charlie Nelligan. He wheeled away in delight but Kerry dusted themselves down and claimed the Sam Maguire trophy for the third year running.

Kerry’s Paul Geaney (2014 – 49 seconds)
DISASTER for Donegal, and arguably they never really recovered from the early setback of a Paul Geaney goal in their final game under Jim McGuinness. All the media talk in the lead up to the final was about James O’Donoghue and Kieran Donaghy, but Geaney is an excellent forward in his own right and was ready to pounce after a scuffed shot on goal from Stephen O’Brien.

Dublin’s Con O’Callaghan (2017 – one minute)
THE Dublin forward scored an early goal in the All-Ireland semi-final in 2017, and he repeated the trick against Mayo in the final, somehow finding a way through a phalanx of defenders before coolly tipping the ball underneath David Clarke. It was a sensational goal from a sensational player and it set the tone for one of the best, if not the best, All-Ireland finals in recent memory. To their credit Mayo fought back but that early goal still proved pivotal at the final whistle. 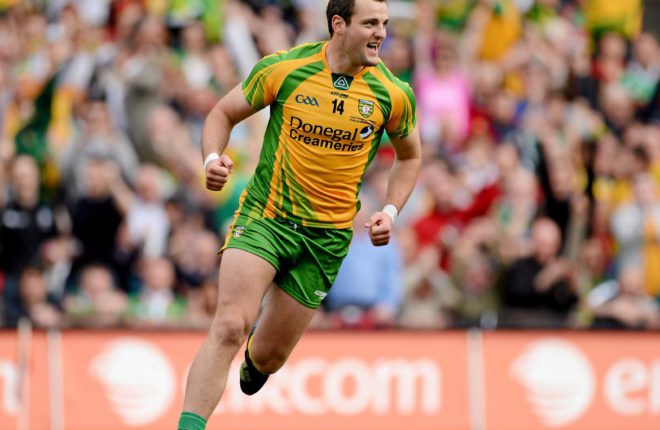 Donegal’s Michael Murphy (2012 – two minutes)
ONE of the great All-Ireland goals, the magnificent Donegal captain gathered a perfect cross-field pass from 2012 footballer of the year Karl Lacey, shrugged off the attentions of Mayo defender Kevin Keane, and fired an unstoppable shot to the back of the net. Donegal scored another goal shortly afterwards through Colm McFadden, and they held firm until the final whistle to collect their second-ever All-Ireland.

Mayo’s Alan Dillon (2004 – four minutes)
WHILE Kerry cruised across the line in the 2004 All-Ireland final, the opening exchanges were fairly even and Mayo even managed a goal via their former forward Alan Dillon. Some sharp hands split open the Kerry defence and Dillon finished into an empty net, but Kerry weren’t exactly ruffled and ended up winning the game at their leisure.

Cork’s Joe Kavanagh (1993 – five minutes)
KAVANAGH scored one of the all-time great goals in the 1999 final, but his effort against Derry in 1993 wasn’t bad either as he stormed through the middle before blasting home to give Cork an early lead. It was Derry’s day, however, as they recovered to deservedly win their first title.

Dara Ó Cinnéide  (2005 – five minutes)
Ó CINNÉIDE got an early goal in the 2005 All-Ireland final against Tyrone, coolly finishing after some excellent play from Paul Galvin and Colm Cooper. Mickey McGee tried his best to stop Ó Cinnéide but to no avoid, but Tyrone had the last laugh as they claimed their second title.