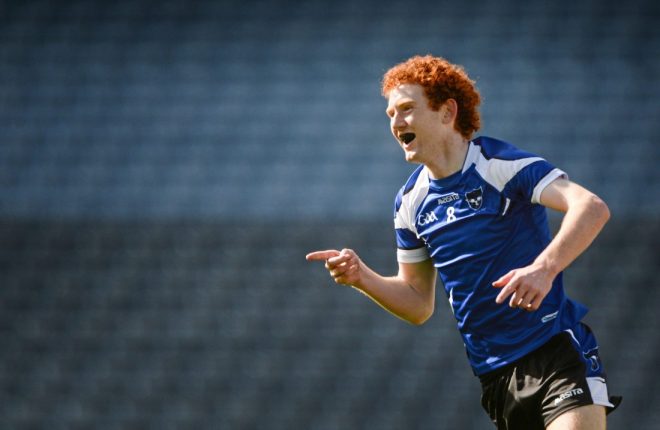 On the evidence of their respective semi-finals, Bessbrook would be clear favourites to win tomorrow’s MacRory Cup final.

They were the more convincing winners, while Maghera just edged over the line.

But one performance does not define either team.

Bessbrook beat St Ronan’s Lurgan in the semi-final by 1-17 to 2-6 to end what was a fairy tale season for the newest team to join the MacRory Cup competition.

Jarlath Og Burns was a key man for St Paul’s, pulling the strings at midfield.

However Liam Kerr was man of the match for his scoring display, which yielded 0-8. Kerr can be ruthless from frees, and Maghera will have to be wary of giving him too many chances.

Maghera needed a big performance from goalkeeper Se O Caiside to earn their place in the decider. In what was a close-run affair, Maghera were leading by two points in the final stages. Dungannon’s captain Liam Rafferty fought to get a goal chance put O Caiside pulled off a magnificent save to send Maghera back into the decider.

It was not the only stop that Caiside had to make either. He made there brilliant saves in total and the Derry lads have him to thank for being in the decider.

Shane McGuigan top scored for Maghera in that semi-final with a return of 1-6.

But the player that most will be watching for is Conor Glass, the AFL-bound Glen player who was there when Maghera won the MacRory and Hogan Cup.

An incredible talent, Glass has the ability to win this game on his own, and it would be a fitting finish to this chapter of his career to end with a MacRory title.

He could be the difference in what should be an intriguing game.