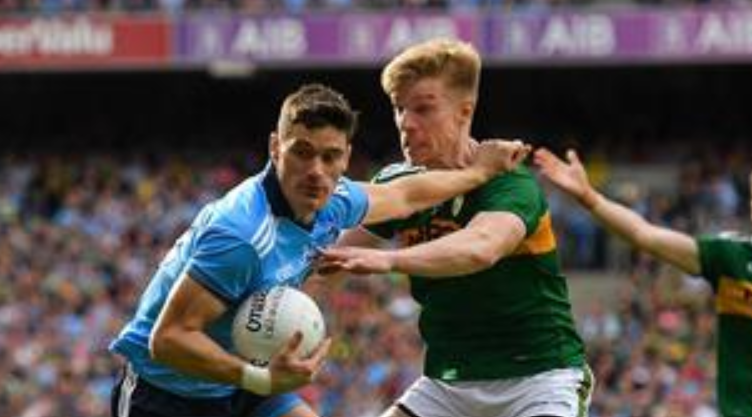 ON Monday past, Louth GAA ran part of their online coach education programme with Colm Nally, the Meath coach delivering a presentation on ‘Game Play Rehearsals’ with the idea that you develop moments in games into momentum.

Colm used some brilliant examples throughout his presentation, talking about creating and facilitating an environment for players to learn, giving players ownership and responsibility in the process.

Game management is such a vital component in the modern game and I feel Colm’s presentation is another little cog in this. I reference Dublin quite a bit when I refer to good practice, but that is simply because they are the best and what we can do is learn from the best and try to evolve as best we can.

Colm showed two brilliant clips from their game against Mayo in the final when at key moments they turned them into key momentum swings with pre-rehearsed scenarios.

For example, a free kick with only a point in the game late on, that crucial stretch where a lot of teams revert to type, they got the width on the field, pulled Mayo out, isolated the D and fed a precise pass into Kilkenny who turned and burned his marker and kicked a crucial point. Just one of a number of brilliant examples.

Game management and, as Colm Nally spoke about on Monday night, game rehearsals are about understanding how to control a game in different circumstances. They are so important not just for adult players but also younger players who are growing and learning in the sport.

Colm used a great example of an underage team who rotated forward positions every time they kicked a score or a wide, a simple little rehearsal but giving young players a small experience and ownership.

You want to try and create situations in training that will expose the players to different types of pressure situations and allow them to develop the capacity to understand how to respond to these different challenges when they occur in games. They can be subtle calls, hand movements, signals or even just an understanding among the players that this is happening, all that takes a huge amount of work on the training ground.

There are a number of ways you can implement game management into your coaching during training sessions – coaching the players how to react if they fall behind, how to control the pace of the game if needed or if they are in front how to protect their lead or further increase it.

Calls and signals can be an important part of game management. I read Jose Mourinho’s book a few years back, and in it he spoke of his first time with Chelsea when they dominated the Premier League. He talked about how, during important games or times when they went in front, the call would be to rest on the ball, in other words take the sting out of the game.

Colm spoke on Monday night about how Meath did the same against Kerry when they were reduced to 14 men and he said they called the play ‘Killarney’ which makes sense as they were playing Kerry so players could refer to that and it’s a trigger.

While coaching Carlow seniors we had about 12 or 13 calls and signals we would have used, calls that originated from ideas that would have occurred in previous games.

Take, for example, a call we had in 2018 originating from the final game of 2017 against Monaghan, we called it ‘nine all, nine to go.’

So what happened in 2017 was that the game was a draw with nine minutes remaining and in the next five minutes Carlow had five big plays and kicked the ball away frantically in every one of them until with four minutes left Monaghan edged in front.

So the idea behind the call was that when we found ourselves in similar territory the following season the call would trigger a response in the players’ heads during the game that would signal ‘right let’s control this game and take ownership of the ball.’

In the final 10 minutes of the championship that year against Kildare, we regularly called that in the closing stages, learning hard lessons from the previous year and finishing with a goal and a point in injury time to clinically close out the game.

Other situations I like to create during training are placing teams in a particular situation with a clock on them.

So for example, Team A in training are three points up and don’t start with possession, there are eight minutes on the clock, manage the game.

Team A and Team B would get a couple of minutes before each scenario to chat among themselves and decide how best to approach the situation. If you don’t have big numbers, you can still simulate these situations on smaller, condensed pitches and bring the time limit right down to three or four minute games.

Pull the teams in after it and ask them to tell you what the other team were doing because then you are developing their thinking capacity to work out on field what the opposition are doing and how are you going to react because at crucial stages of games pressure creates panic.

Top teams don’t do panic and as Colm said they turn moments into momentum.