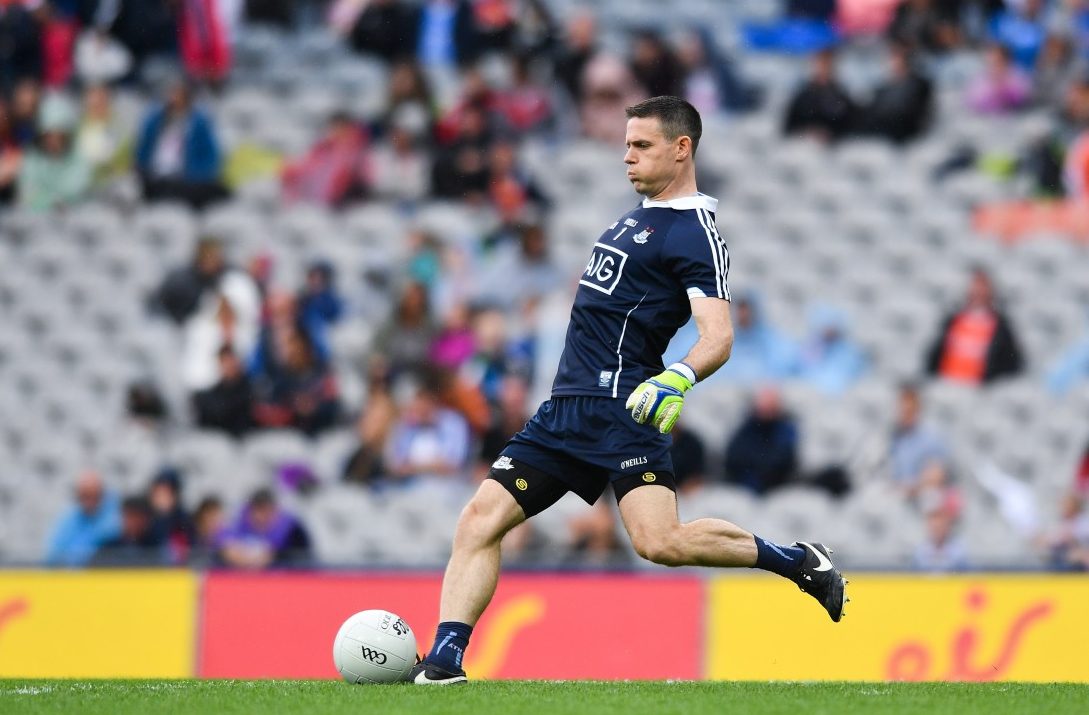 JANUARY is the time of year when teams and players come out of their ‘growth season’ by moving into their pre-season training regimes.

During the pre-season teams and players will also look to start reintroducing the skills of the game on the field of play while also organising test matches to help assist with all of these necessary improvements.

Teams want to use these test matches to help their players get themselves up to match pace. It also helps them become familiarised with the game again allowing players to become accustomed to one another, reconnecting and regrowing playing bonds. These test matches also serve as a way in which players can fine tune their skillsets before their league campaigns commence.

For the goalkeeper, it is important that they are always ahead of the rest of the team in terms of their preparations when becoming game ready. A goalkeeper’s pre-season will both overlap and coincide with the pre-season of the rest of the team. Yes, it is still important for the goalkeeper to install a good base of stamina because this will allow them to perform for longer periods without risking injury or premature fatigue.

But it is also vital for the goalkeeper to begin to condition themselves in relation to their goalkeeping position during this pre-season, so they are ready before the first organised test match begins.

Other players can afford to go into these games slightly less prepared, to an extent, and use these test matches to improve any imperfections that they may have in their game.

The goalkeeper will want to get working on their goalkeeping performance skills that they use during games as early as they can.

Skills like kicking, diving, handling, punching, jumping etc, are all ‘technical skills’ which are heavily involved in the game. The ‘keeper will also want to work on their ‘judgement skills’ which include their positioning, their awareness, closing down attackers or loose balls, manipulating attackers that are through on goal, their reactions, understanding game flow as well as their timing.

All of these skills involve decision-making and are vital for other skills to be performed. For a goalkeeper to be able to play as best they can, they will also need to work hard on their ‘performance skills.’

These will include skills like their speed agility and quickness, acceleration especially over short distances, recovery from mistakes and finding themselves out of position.

These training exercises will be using close to maximal effort, just as they would be during games, using movements like short sprints coupled with full-length dives and completed repetitively to induce rapid fatigue.

The drills are required to be completed at a high, maintainable intensity using high sets and high rep amounts to vastly improve their goalkeeping conditioning.

The position has arguably become the most important position on the pitch and how the goalkeeper performs during games can have positive or negative effects on how the team performs as a whole.

It is for this reason that the goalkeeper must ‘Lead By Performance’ so as to increase their positive influence on their teammates. It also serves the goalkeeper and their team-mates in regard to their confidence levels. It allows the goalkeeper to enter games better prepared, giving them the inner confidence in their playing ability for them to perform effectively.

This confidence in turns grows within their team-mates as they feel they are well marshalled from behind and the greater the confidence of the goalkeeper the greater effect it has upon the team and opposition. From here the goalkeeper will want to maintain their pre-season training regime until they begin to get closer to the next part of the season, the league season.

As the year moves towards this season the goalkeeper must then transition their training to become more suitable for that part of the competition. The game specifics change as well as the sets, reps, and durations.

The types of drills completed become more specific to the opposition as well as factoring in how exactly your team want to play themselves. But before you move to this part of the season you have to remember to become ‘Pre-Conditioned!’