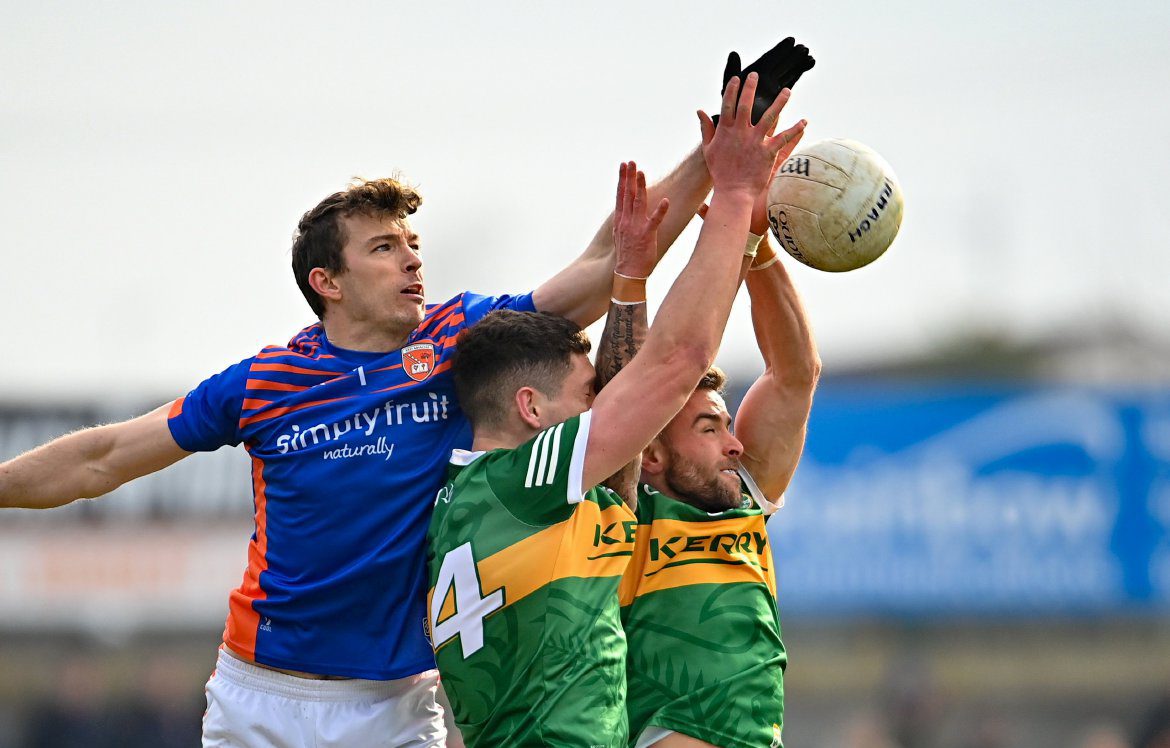 LAST weekend the Ulster Championship continued with two quarter final ties between Antrim and Cavan and Armagh and Donegal. Cavan and Donegal both ran out comfortable winners in the end and booked their place to face each other on Sunday, May 8 in the Ulster semi-final.

One area, you could argue, that both teams won their respective games from was the opposition kickouts. Both teams pressed their opponents’ kickouts which resulted in turnovers which then led to scores. Both Cavan and Donegal pressed their opponents to force them into long kickouts into their midfield strengths whereby each team had tall ball-catchers to out contest Antrim and Armagh respectively.

Winning their opposition kickouts was not the only place the games were won but it was this platform that allowed both Cavan and Donegal to get out in front of their opponents before they continually chipped away at the scoreboard.

For me, there is only one way in which to beat the press. Replication.

For any team wanting to beat the most arduous restart presses, it is crucial that they replicate that which they are about to face. This may seem obvious, but it is amazing at how much this would be neglected or taken for granted by teams all over the country.

By completing it in the fortnight leading up to the game simply is not enough. For any team, executing this press is on a level par with breathing and as such should be rehearsed regularly.

They could perform it with their eyes closed as it is clear to see that their press has been religiously trained to the point that it has become autonomous. Here are a few more thoughts in regard to beating the restart press.

In order to beat autonomy, you must become autonomous and with that statement comes the realisation of just how much work needs to be completed on beating the press. Working on set restart routines is fine but when faced with a rigorous press they can be very counterproductive as their predictability can cause them to be turned over.

“Flowing water does not go stale,” and as such your team must be fluid on every restart to vastly increase the probability of winning the kick. By staying static in a press situation, it only serves to better the opposition’s chances of overturning your possession.

Space cannot be marked; it can be moved but it cannot be marked. What I mean here is that if the opposition move a player into an area to mark space, essentially all they have done is moved that space to a different area of the field. 0n the field of play, due to the dimensions of the pitch it is impossible for one team or the other to mark every space on the pitch and as such space cannot be marked only moved around.

For the team that are applying the full court press they are aiming to move the space to an area that favours them best and the team with the restart it is their aim to optimise the space that has been left by the team applying the press.

Beating any team’s press will be no mean feat and it sure as hell will not work unless it has been relentlessly trained beforehand. No team can hope to beat any type of restart press without having trained it first.

Nothing that we learned to do is ever completed on the first try (riding a bike, swimming, climbing etc.) it takes time and practice to master the skills required to complete the task being performed. Moving forward into your summer competitions, focus some of your time on how you intend to ‘Beat The Press!’