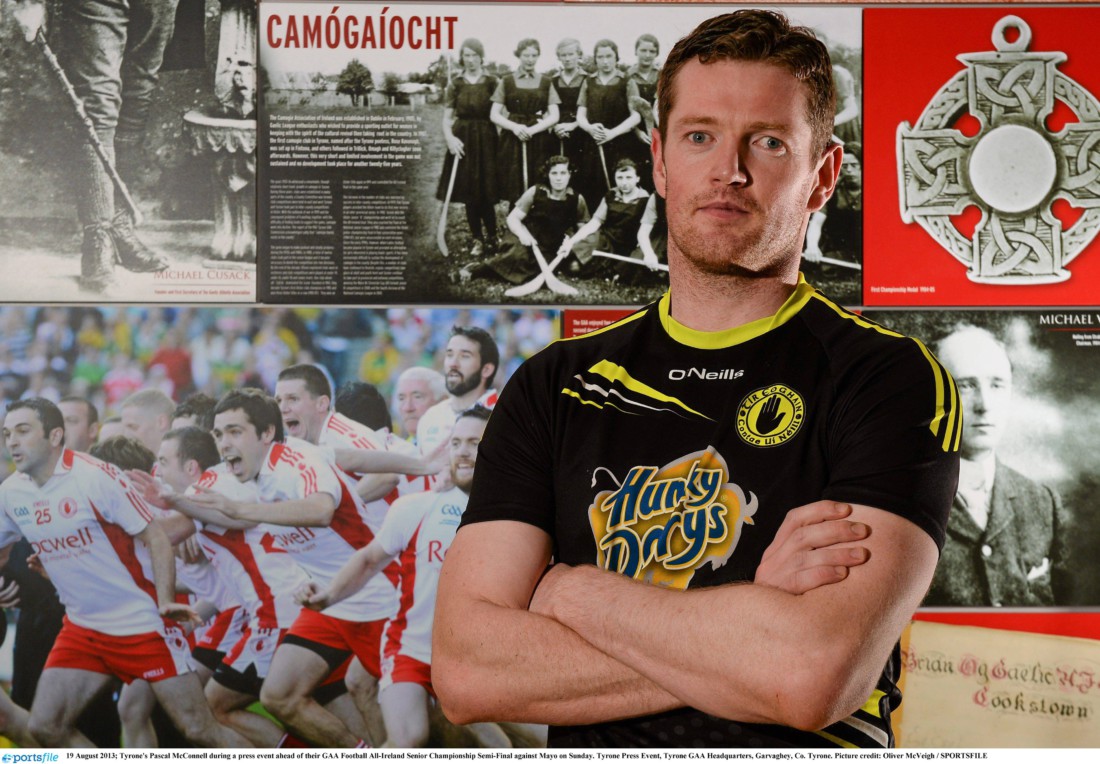 GOALKEEPERS the length and breadth of the country will be licking their lips at the prospects of returning to the thousands of fields nationwide.

From a personal viewpoint I am relishing the chance to get back onto green carpets of Abbey Park with the rest of the ‘G-Unit’ putting each other through our paces. Evening thinking about the sounds of training and the smell of the cut grass and turf has me longing impatiently to get back at it full pelt.

With such a long lay off from the game and the rigours of competitive matches, I have thought very hard about what it is to be a goalkeeper.

I have outlined what skills both textbook and performance I wish to improve and how to do so, but now my attention has focused upon the goalkeeping persona I wish to maintain throughout the coming season.

We all know that the goalkeeping position has evolved immensely over the years especially over the modern era of Gaelic football, a change that is now also occurring in the hurling game as well at present.

Long gone are the days that the role of the goalkeeper was to merely perform their goal-tending duties and executing kick-outs by ‘hoofing’ the ball as far down field as they possibly could. The position has now become far more high profile which brings with it increased scrutiny – meaning that the ‘keeper must perform well and perform well consistently if they wish to keep themselves at the top of their game.

The position has also become more expansive allowing the modern-day goalkeepers to grow their repertoires.

Performance skills include distribution both from the hands and off the tee, ball carrying as more and more goalkeepers begin to adventure further outfield with ball-in-hand, game-reading ability, exceptional organisation skills, adaptability to deal with ever-changing situations in game, communication skills as well as being a presence on the field of play.

Original skills that goalkeepers would have been expected to have are of course still present in the modern game. Having good hands and footwork are still essential; the techniques have been updated but still follow the age-old principles of diving, blocking, catching and reactions are all still very much vital components for any goalkeeper to have if they wish to perform competently.

I have jotted down some points in regard to the goalkeeping persona I would like to uphold throughout this season. There are eight in total and I have written them below to share with you to try and give you some form of inspiration to do the same.

Being confident both on and off the field of play is the most essential trait that any goalkeeper can have. Yes, there will be times whenever you will experience peaks and troughs in confidence levels, but it is very important for you to understand how your confidence affects your performance and the performance of the team as whole. If your teammates are worrying about the confidence of the goalkeeper behind them it means that their focus is being distracted from the play in front of them.

A Sentry is a “soldier who has been stationed to both guard and control access to a place.” And like any sentry the goalkeeper must keep a watchful eye on the opposition even when the goalkeeper’s team are in control of the ball. If the goalkeeper is doing their job correctly, they can predict play patterns and manoeuvre teammates into counteractive positions which allow the team a competitive advantage for regaining possession.

Presence is a funny thing. If you have to prove that you have it, then you probably never really had it in the first place. Whenever the goalkeeper is performing well their actions can influence games in a very big way so much so that it can unnerve their opponents as well as providing one hell of a boost for their team as a whole. Everything the goalkeeper does is magnified exponentially so if their presence is felt, even in a minimal capacity, it too will be magnified which in turn becomes infectious and passes to their teammates.

The goalkeeper should be the chief communicator on the field and must always be in constant communication with their team. Whether they are in possession or out of possession, a break in play, before during or after the game, the goalkeeper must be constantly using praise and constructive criticism to constantly challenge those players around them. Most of the attacks that I stop are with my mouth as I manoeuvre players into positions where they can win the ball back or intercept play.

With the increasing importance of restarts in the modern game as well as the increasing number of goalkeepers carrying the ball, the goalkeeper will need to be a very effective distributor. Again because of the magnification of the position any mistakes in this area are of course going to be openly exposed.

As well as using communication to prevent attacks, the goalkeeper will be expected to read the game especially their opposition and figure out their systems of play, recognise ’double acts’ and player traits all in a bid to quell attacks before they even begin. If the goalkeeper can read how a team is playing, they can plug holes and have target men marked before the attack develops or at the crucial time allowing for dispossession and regaining the football.

The goalkeeper must understand that they are the last line of defence, but they are also the first line of attack and must fulfil both roles effectively.

Playing the goalkeeping position requires a strong mindset and a certain form of acceptance that you are never far from calamity. I always liken the position to the soldier who dives onto the grenade when all other soldiers dive away from it. The soldier dives onto the grenade knowing their own fate will save the fate of the other soldiers. As a goalkeeper, once you accept that goalkeeping hurts both physically and mentally, and only then will you be in the best possible position to deal with said pain.

For a goalkeeper to lead by performance, the most important factor to remember is consistency. Therefore, the goalkeeper must perform their skills (textbook and performance) very well, at speed, under fatigue, under pressure, consistently and under competition conditions.