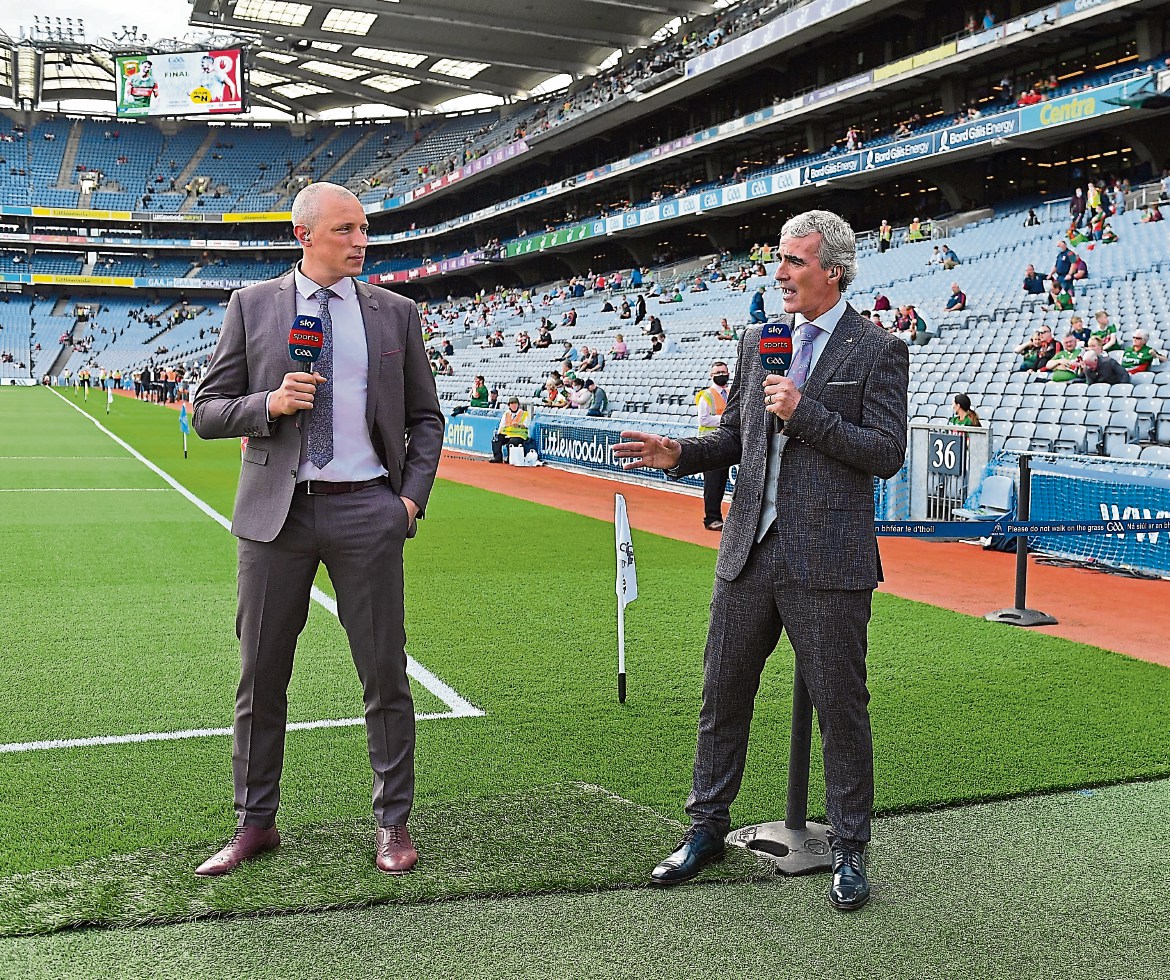 I played my last game last weekend. It was a horrible loss to reigning county champions, Maghery, in a game that we never really got going.

Even though we played terrible we still had more than enough chances to win the game. It is not the way any player wants to end their playing career but best wishes to Maghery and best wishes to my now ex-teammates, I am positive they will be back stronger next year.

Retirement from and preparing for retirement from Gaelic football is an area that is seriously neglected and needs a rejuvenated approach. That is not to say that there are clubs and counties that do already provide excellent post-playing mentorship for players but for most teams I feel this is lacking compared to other sports.

During the Alex Ferguson era at Manchester United, he would advise players to have contingency plans in place in case the worst should happen i.e. – career-ending injuries.

He would advise players to get their coaching badges while still playing so they could move straight into coaching after they stopped playing.

If a player had no interest in coaching, then he would advise them to put their efforts into something that would provide an income for them whether it be business ventures or partnerships.

He would always ensure that every player had something to take on after their playing days had ended.

Without having something time-consuming in their lives after retiring from playing, the goalkeeper will find that they have an enormous amount of time to fill regarding the pitch, gym, and match day sessions that they used to attend on a weekly basis.

With so much time on their hands the goalkeeper will find it hard to function and may even lose their sense of purpose with no goals or targets set for them to achieve. Ifwhen this happens it is called ‘football depression’ whereby so much time has now been freed up, friendships with teammates become more distant or more work to upkeep so much so that the ‘keeper may experience feelings of loneliness, rejection, worthlessness andor neglect. Therefore, it is important to have something positive to focus their energy into when they quit playing.

They have experienced every possible situation enough times so as to have developed effective responses for each. The experience the goalkeeper develops also makes up for inevitable losses in physical abilities although by training smarter rather than training harder, the goalkeeper could delay this regression of ability.

It will also be vitally important for the goalkeeper to ensure that they recover properly after every session and match including gym sessions as well as putting a concerted effort in maintaining or increasing their suppleness. By concentrating on their recovery properly it will help them avoid those unwanted niggles and injuries. If injuries do happen it will be important for the goalkeeper adhere to all rehab protocols to the letter if they want to return fully functional both in ability and mechanically.

As the goalkeeper gets older their playing time may reduce so it will be important for the goalkeeper to appreciate the games they get to perform in.

They can also be a strong voice within the dressing room, helping the management to keep the team on their collective goals. By utilising the leadership qualities learned from playing in the position, the goalkeeper can lead by example for other team members to follow.

Once any player begins to cross the ‘30’ barrier, they will begin having thoughts of the closing stages of their career. Slight as they may be, it is only normal for a goalkeeper to think about their future and this, for me, is where clubcounty teams need to become more involved. Again, there are a few teams that already have good systems in place to deal with players coming to the end of their careers in terms of assisting them with their post-playing direction.

But more and more teams need to look at this area and implement some form of system to help their players who are in this stage of their career. Whether it be encouraging them to attain their coaching badges and giving them coaching roles within the club, or training them in the administration side of running a clubcounty team or teams. there is nothing to stop the players being trained during their playing careers so that they can move straight into a coachingadministration role immediately after retiring from playing.

If the goalkeeper does have any feelings of becoming a coach, it would be better to gain coaching experience during their playing days and they could begin by coaching the underage goalkeepers at their own club to start them off.

As well as this, the goalkeeper will need to further their understanding of the game by utilising coaching literature as well as attending as many coaching coursesconferences as they can. This will provide them with a massive positive outlet for their post-playing days.

It will be vital for the goalkeeper to have their own plan for whenever they decide to stop playing. The plan will need to account for all the extra time the ’keeper will have and look to fill that time will positive influences. They may want to pursue some personal goals that they may have had on hold during their footballing career, things like home improvements, familyrelationship goals or even some travel plans that had not been finished. The ’keeper may also have had some business goals placed on hold until retirement like a business expansion or growth if self-employed, targeting a promotion if employed or even returning to education to train or retrain in a certain field.

After retiring from football, it will present a fantastic opportunity for the goalkeeper to continue any current hobbies they may have as well as allowing them to chance to learn those new hobbies they may have always wanted to learn but had been deprioritized due to football. Sport for the goalkeeper will become more recreational in nature and they may even take up new sports or go back to previous sports they had played either in school or in the community.

Ultimately, it will be the goalkeeper’s decision when they would like to retire from the game, and it is certainly not an easy decision to make but the most important part of retiring is for the goalkeeper to be absolutely sure this is what they want and have prepared for life after football accordingly. I am happy with my decision so for me, ‘Sin é.’ 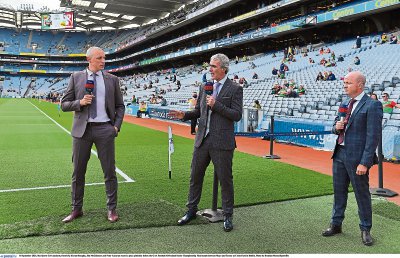 LIFE AFTER FOOTBALL… Men like Kieran Donaghy, Jim McGuinness and Peter Canavan have transitioned successfully from becoming players to coaches to pundits