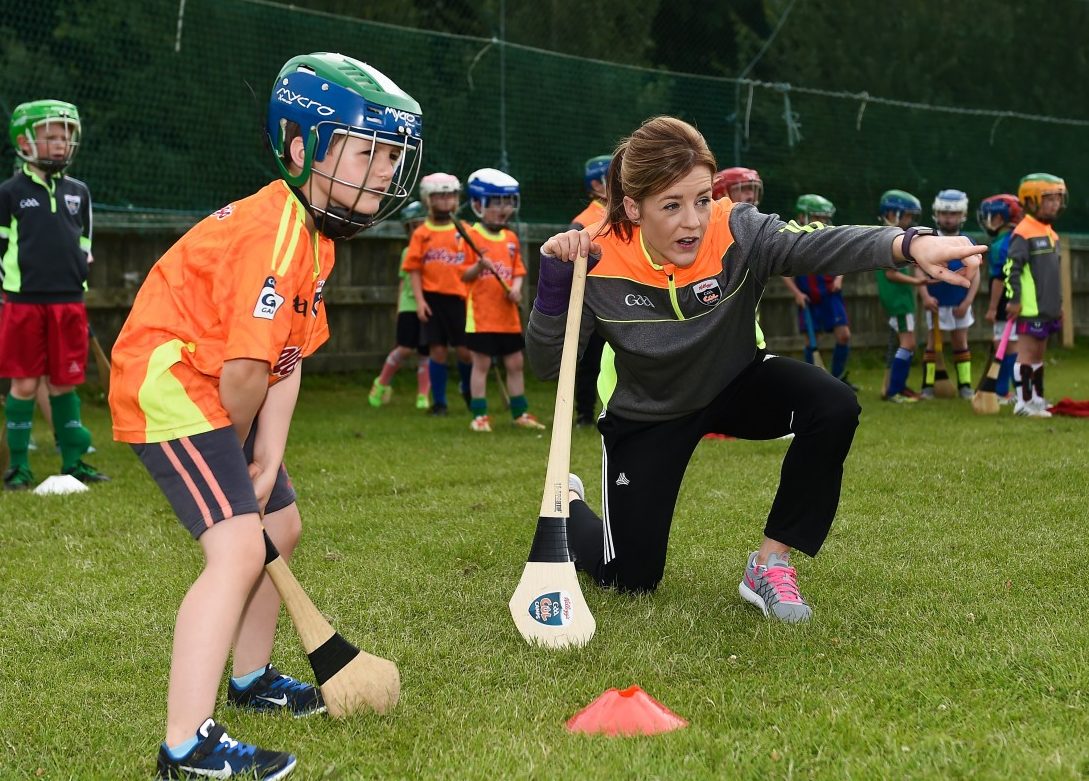 WE are now on the very cusp of returning to our beloved Gaelic games.

From next Monday, April 12, the Covid-19 restrictions will be relaxed in the six counties to allow up to 15 players to <train collectively. The GAA have also declared that the counties in the North can proceed as per what the UK guidelines will allow. This has given the population a massive boost, especially from a mental health point of view as we have learned just how much we need and rely on our beloved sports to keep us mentally stable.

There has been no one more affected by the governmental lockdowns than our young people especially those who are in their formative years where face-to-face contact with peers of a similar age bracket is essential for them to grow the skills to interact, communicate and/or coexist with in every aspect of their future lives. Sport is just one of the fantastic mediums used to nurture these skills and build our young people up into the adults we want/need them to be.

From my own experiences, having three children myself I have seen first-hand the chances young people have gone through during these lockdowns. My two youngest are three and four years of age. Both of them absolutely loved going to school to learn and especially to interact with their friends. When the schools were authorised to reopen my youngest, Scarlett, did not want to go back to school at all. Every morning was a battleground trying to get her to eat breakfast, get dressed into her uniform, brush her hair and get her out the door and into school had now become a nightmare!

She had also developed a sense of insecurity especially with the thought of going to school. This manifested in two ways, anywhere she now went a specific teddy bear had to be with her. Going to school, shopping, bedtime even just to watch TV, the bear had to be by her side at all times. The second manifestation I noticed was her beginning to wet the bed while sleeping during the night. This was something we only experienced before when potty training and trying to ween her off of nappies and only reappeared after we told her she was returning to school.

Thankfully, both of these issues have now ceased but it took some good parenting and a lot of reassurance for the old Scarlett to return. But for my next youngest, Lochlainn, his issue still lingers.

Before lockdown he would have been a very placid child that loved playing with his friends, happy-go-lucky and just went with the flow. Nothing much would have phased him. Now, 12 months on from being locked down he has become less able to cope with disappointment, more demanding and has also developed a more aggressive streak especially when he does not get his own way.

For Scarlett, her road to recovery was simply through experience. By allowing her time to readjust and climatise to school again it solved both problems. Lochlainn, on the other hand, will require much more time and need far more work to remove the traits he seems to have developed into his personality. All throughout the lockdown he would constantly ask us when he could see his school friends and why was he not allowed to go to their house to visit. The answers we gave him were simply too much for a three/four- year-old to comprehend no matter how much we attempted to simplify it. In his mind it felt like a punishment. His social interaction had been severely diminished and as such had affected him through his personality.

We may never know the full extent of the damage the lockdowns have caused. Unfortunately, whether they were required to the extent they were enforced will only be able to be measurable in the distant future and we can look back objectively. But, for now it is essentially that as we return to sport, especially for our young people, that we ensure that the majority of our focus is centred around the ‘FUN’ element of our sports.

After having a full 12 months of lockdown restrictions, 12 months of rules and regulations, 12 months of regimental conformity it will be vital to just let them play! Games, games and more games should be the focus for coaches the length and breadth of the country. Full-sided games, small-sided games, in-house competition, skills games, team-building games and games that work on the movements of the game will all help develop the kids while also allow them to have fun.

In addition to this it would also be a great idea for coaches to introduce other sports and/or games during their sessions to increase the fun factor. Sports like soccer, rugby, basketball, rugby, tennis, athletics all have cross-over skills that can be applied to Gaelic games. And if coaches also included games like rounders, chain tig, dodgeball, obstacle courses and games like this, it will only stand to increase the fun levels even more!

The past 12 months have been extremely tough for us all but we can only imagine what it must be like for those little minds that rely so heavily on us for their own understanding. Whenever we fail to explain or provide adequate understanding for them it can affect them on many different levels. It’s been a tough 12 months so lets make sure we put the FUN back into the FUN-damentals!