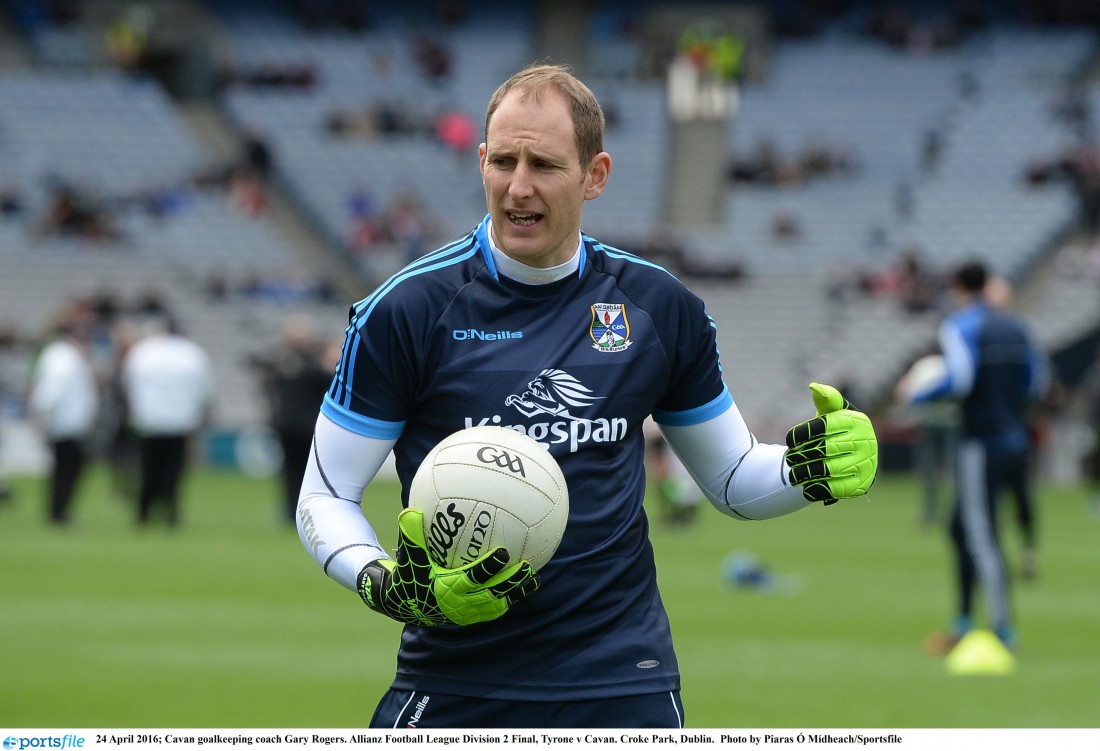 There has been no doubt that over the years the goalkeeper position has been one that has always required a specialised set of skills. Compared to the rest of the team some of the traits required to play in goal are totally alien to any other position. Playing as a goalkeeper is almost like having a sport within a sport in terms of the attributes needed as well as their gameplay, they even have their own set of rules within the rulebook. There has also always been a certain type of character or personality required to be a successful goalkeeper. Those who are mentally strong are those who seem to excel most as a goalkeeper.

Over the course of the history of Gaelic football, goalkeeping has evolved immensely and is still continuing to evolve rapidly to this day. The repertoire of skills a goalkeeper possesses in the modern game has multiplied exponentially. From pin-point restarts, free-taking, ball carrying, defensive caller, pattern reader and even sweeper keeper, the expectations that have now become accustomed to the position have also multiplied exponentially.

Heightening the expectations of any player will always increase the mental strain they will experience but whenever we think of the nature of the goalkeeping position it is important to understand that the psychological strains are much higher than any outfield position. Always the villain and rarely the hero/heroine, any time a goalkeeper makes a mistake or error they are massively magnified than say if the same mistake was made outfield by a player. They are the last line of defence but also the first line of the attack so every action they perform has this crucial element connected to it. They also have the added responsibility of being the chief defensive caller, communicator and organiser meaning that if any mistakes happen within the defensive unit, they are always connected to it in some shape or form.

Nowadays, especially with the levels of technology and the birth of social media the amount of scrutiny the goalkeeper is under, at any age, has also grown. Before it was very rare for a goalkeeper to be under such wide-spread scrutiny unless they were playing to the highest levels and had television exposure. But with smart phones and the speed at which info can travel over social media a goalkeeper can be celebrated or villainized almost instantaneously. This means that goalkeepers are having to deal with levels of fame and scrutiny at an earlier age than ever before and this can be extremely detrimental to both the confidence and development of any goalkeeper.

“Some coaches believe if a kid struggles with the mental side of the game, they cannot become a player (goalkeeper). If there are any performance issues (physical or skill) they will help, but if it is issues mentally, they are on their own. We need to do everything we can to support, upskill and guide them or else send them on to someone who can help.”

As a goalkeeping coach it is their duty to develop their goalkeepers to the best of their ability. The coach should not only focus on the physical abilities and skills of their goalkeepers, they also should help them develop psychological skills to deal with the mental side of the game. Any goalkeeping coach that does not or is unable to develop the goalkeeper’s mental abilities should certainly be sending them onto someone who can help them or up-skill themselves to be able to do so.

From the very first time the coach comes into contact with their goalkeepers up until the last contact they have with them, developing the psychological side of the ‘keeper’s game is paramount to their successful growth. The coach must instil or further develop the mental attributes required to play as a goalkeeper and here are three pieces of advice to help you:

Kids will never remember what you tell them but they will always remember how you made them feel, so make them feel special, appreciated and that they are making the progress that you expected from them.

If you would like a guideline for the levels your goalkeeper should be at, you can use my Levelled Progression Model as your framework to get you started. The model was designed to give both goalkeepers and coaches alike a point of reference to show where a goalkeeper’s game should be at and at what stage. There will always be those players that develop either earlier or later but by using the model to determine your level it can be used as a pathway for your or your goalkeeper’s development.

2. Focus on the Process and NOT on the Outcome

As a goalkeeping coach it is your responsibility to teach the goalkeeper the skills of the game as well as teach them how to deal with the psychological pressures associated with performing those skills. When you are teaching these skills especially for younger goalkeepers it is important to focus more on the processes or techniques of the skills rather than the success of the outcome. Ultimately, having strong solid processes or techniques are the base for successful outcomes. By ensuring that the goalkeeper understands that by completing the processes and techniques correctly, the outcomeswill be positive.

How you speak to your young goalkeepers is crucial. Both verbal and non-verbal (body language) communications with your ‘keepers must always be positive in nature, never negative. Whenever you are explaining expectations or instructions to the goalkeeper always ensure that they are fully understandable and make sure that the goalkeeper understands what is expected of them and if they are happy with that expectation. In some cases it can be more proactive to allow the young goalkeeper to create their own expectations so as to allow them to set their own goals that both they and you the coach can work towards.

The goalkeeping position can be a very difficult position to play at times. It can be even more difficult if you have not been taught or developed the effective psychological mechanisms to help you deal with the mental side of the game. This is why coaches need to take responsibility to develop this part of the position into their young goalkeepers as early as possible, literally from first contact. If you feel you cannot help then it is important to direct them to someone who can or learn how to do it yourself. Just remember whenever it comes to the psychology of the game “Don’t Go Mad, Go Mental!”