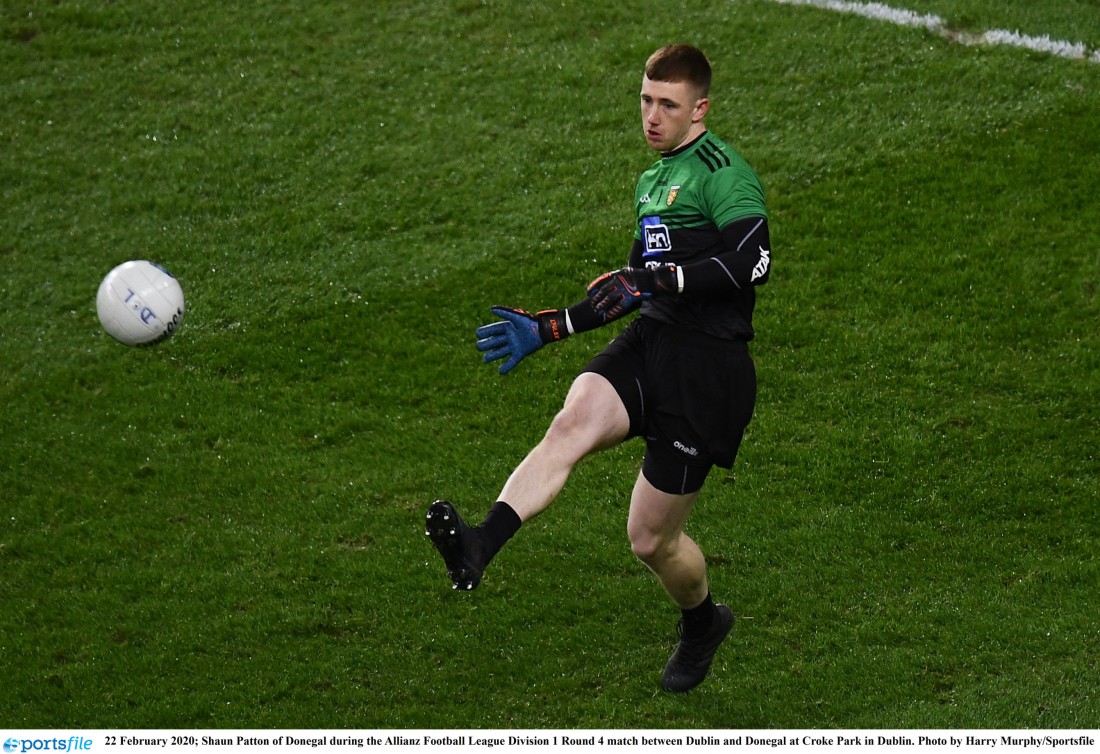 LAST week I was flicking through the channels looking for some form of television programme to vegetate to. Something that would pique my interest for a while, something with that feel-good factor that would make me happy about watching it.

After a while, I found a film coming on called ‘Mean Machine.’ The film stars soccer legend Vinnie Jones as English soccer team captain, Danny Meehan, who is sent to prison for drunken assault in a bar and against a number of police officers. During the film the usual prison setting storylines unfold with fights and tension between the prisoners and the prison guards.

The prison warden forces Meehan into coaching the prison’s football team and within a short time a game between the guards and the prisoners is organised. With bets being taken up and down the length of the country the game, as you could imagine, gets extremely physical.

In goal for the Mean Machine team is a mentally unstable prisoner that goes by the name of ‘The Monk,’ a player that ‘they say could have turned pro before he turned mad.’ My good friend Ciaran McKeever had this very same nickname for myself whenever I played in goal, but I do not know why.

The game itself is commentated on by two prison inmates who both go by the name ‘Bob.’ They are full of witty one-liners and commentator quips that are fully enjoyable.

One of their humorous quips was actually the inspiration for this week’s article. The line goes: “The Monk gives the ball to Trojan who has again switched to the left wing.” “He must be ambidextrous Bob.” “I don’t know about that Bob, but he can certainly use both feet!”

As funny as the line was it really got me thinking about goalkeepers and in particular how many can be said to be ambidextrous. How many do we see striking the ball comfortably off both feet, consistently? I know my ex-Armagh teammate Blaine Hughes is more than capable and comfortable performing this as we would practice both footed from the tee regularly and he would regularly chip the ball 30-40 metres in games because he was confident in his ability to do so.

The more I pondered about the possibility of having a truly ambidextrous goalkeeper the more I thought about how much of an advantage that goalkeeper would have over the opposing team’s players whenever it came to their own restarts.

Being able to line up a goal-kick and run completely straight up to the ball and then strike it left or right without having to check your run around the kicking tee would be an exceptional skill for any goalkeeper to have. It would be especially special if they could kick accurately with both feet over the same distance.

My advice for any goalkeepers or even any goalkeeping coaches reading this article would be to have yourself or the goalkeepers you are working with, regardless of age, dedicate a good portion of their time towards developing their untrained kicking foot. I say untrained because using jargon like ‘good foot’ and ‘bad foot’ should be outlawed.

There is only ever ‘trained’ and ‘untrained’. To turn untrained into trained the answer is very simple and very obvious – train It!

In this initial phase the untrained kicking foot will be very raw and erratic in nature. Whenever the goalkeeper begins to practice kicking with their untrained foot it will involve a lot of very frustrating hours of long and arduous kicking drills and exercises. The main purpose of this stage is to ensure the volume of kicks taken with the untrained foot is very high, it may even be more than the trained foot. Without this high kick volume, it will be very difficult for the goalkeeper to develop any form of kicking style with that foot.

Now moving from the storming phase where the focus is on ensuring that the volume of kicks taken with the untrained foot is very high, to the second ‘Forming’ phase where the focus will now move towards the quality of the kicking technique being used by the goalkeeper. By following the four kicking stages, the goalkeeper/coach can focus their attention more on how exactly the goalkeeper is kicking the ball with their untrained foot and specifically their lead into the ball, their ball strike, the position of their head and shoulders and then, finally, the nature of their follow through. During this stage, the goalkeeper’s kicking technique will begin to develop.

Once the goalkeeper completes the first two stages they will then enter a period that will make their kicking technique their usual technique when kicking with the ‘untrained foot.’ I say ‘untrained’ because at this stage it will begin to become a trained kicking foot. In this normalising stage, kicking with the untrained foot becomes far more comfortable and the goalkeeper becomes more confident kicking the ball in training or even training games consistently.

The final ‘Performing’ stage becomes prevalent whenever the goalkeeper becomes confident enough in the ability of the now trained foot (previously untrained foot) to consistently kick with it in test matches or actual competitive games. It is at this stage that the kicking skill evolves from a textbook skill into a performance skill, especially whenever it is being used underneath the stresses of competitive action.

Some important points to remember whenever you are trying to learn new skills or learning to perform better with your untrained limbs is to understand why they are not as good as your trained limbs.

Once you realise that it is simply down to neglect you will quickly understand that putting more efforts into that limb expecting to better it. You will also need to understand that the amount of time you may need to turn your untrained limb into a trained limb can take a very long in order to reach the final Performing stage.

Remember the four stages and keep a detailed record of the progress you are making as well as recording any drills/exercises you have completed into your training diary. This is how you can change your kicking from ‘Storming to Performing.’