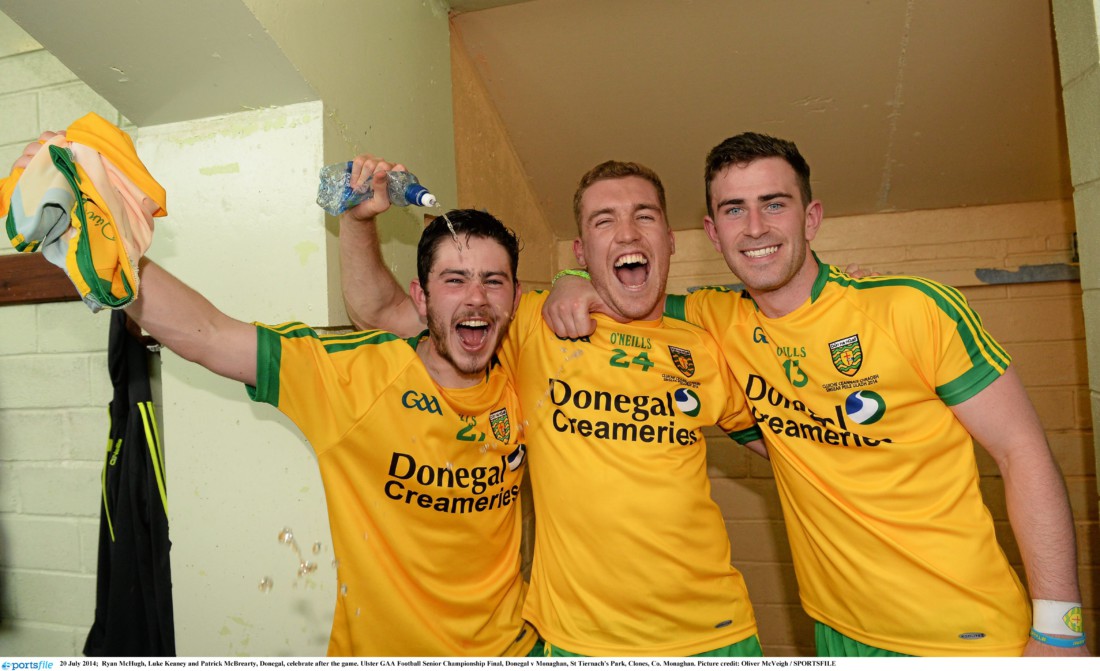 My wife Phillippa, Lochlainn (four), Scarlett (three), Katie and myself all gorged on crisps, chocolates, sweets and popcorn before slicing the birthday cake that Phillippa had baked. It was delicious!

Later that evening upon the birthday girl’s request we sat down to a family feast from the local Chinese takeaway. Again, we gorged as a family and celebrated Katie’s special milestone with laughter and memories until the wee’uns had to be put to bed.

After they had gone down for the night, Phillippa, Katie and I watched TV together. While watching, we all discussed what we would have gotten up to back to when I was 16. We shared our stories and reassured Katie that her life was in no way different to the experiences both myself and Phillippa experienced at her age.

Thinking back to then, in a sporting context, I had been an avid sports enthusiast playing basketball for both St Pat’s, Armagh and Ulster. My brother and I would regularly play tennis in Sherry’s Field organising tournaments between other tennis buffs with an added cash incentive.

I also played Gaelic football for four teams back whenever I was 16. At the time I was playing in goal for my school’s MacRory Cup team alongside players like Ronan Clarke, Sean Cavanagh, Brian Smyth (son of Jimmy), Finnian Moriarty, Malachy Mackin, Chris Rafferty to name a few. We won the competition that year (2000) culminating in a defeat in the Hogan Cup final. I played in three of the five group games as regular ‘keeper John Hearty was out with a long-term illness.

At 16 I was in fifth year (Year 12 nowadays) so I was also part of the school Rannafast team on which I played at full-back, a position I hated so much I would routinely take it out on my opposition. Both the MacRory and Rannafast Cups had a small overlap, so training was continuous throughout the whole year – three times per week as well as a game.

As an u-16 playing for my club, Armagh Harps, I regularly lined out at midfield. We had a very strong team winning most of what was on offer at our age group. We would train twice a week, as well as play a game on a weekly basis.

In fourth team I played for Armagh underage teams which would have been in their infancy during these years. It involved regional teams that would train at regional hubs with other players from around the same region (north, mid and south Armagh).

There would also be matches between other counties or regions outside our county as well as combined Armagh teams that would play against other counties. These teams would train once a week, usually a weekend and possibly twice if there was a game organised for the weekend.

As a young energetic 16-year-old I was mad keen for sport. I would have played in the dark if my parents would have allowed it. But looking back I can remember days whereby I was sore, severely fatigued, disinterested and sometimes feeling fed up. Throw into the mix of my GCSEs and a part-time job, training/playing sport six or seven days a week and one can understand the serious pressure cooker that was for such a young body to be putting itself through.

Fast-forward to today and I am currently involved with a good number of teams from u-12 upwards, both club and county, as well as a number of one-to-one sessions again with varying age groups.

It amazes me that these practices are still being allowed to continue in today’s game. Young players devoting their bodies to three, four, maybe even five different teams across a number of different sports. Something has to give and the majority of the time it is the body of the young player that unwittingly takes the brunt of the punishment.

It is our responsibility, our duty, as coaches to ensure that the players underneath our tutelage are nurtured in the best possible way. We should not be taking advantage of them for our own personal narratives or gains. Instead, we should ensure we either plot or add to their development path, both on and off the field, as much as we possibly can.

Having players train fully for numerous teams for the majority of the week and expecting them to perform at their highest quality come game time is, for want of a better word, ludicrous.

The coaches of these different teams need to come together and create some form of communal coaching strategy for the players that they coach collectively.

This keeps the development and, more importantly, the welfare of that player at the heart of their communal development plan.

It also shows the player that the coaches they play for care for them which will only feed that player’s development even further.

‘Players don’t remember what you tell them, players remember how you made them feel.’

Player welfare gets discussed a lot in the GAA with courses and information now widely available but how much of what is preached is actually put into practice really is anyone’s guess.

It does beg the question in terms of player overload and the number of teams a player is playing for: ‘How many is too many?’