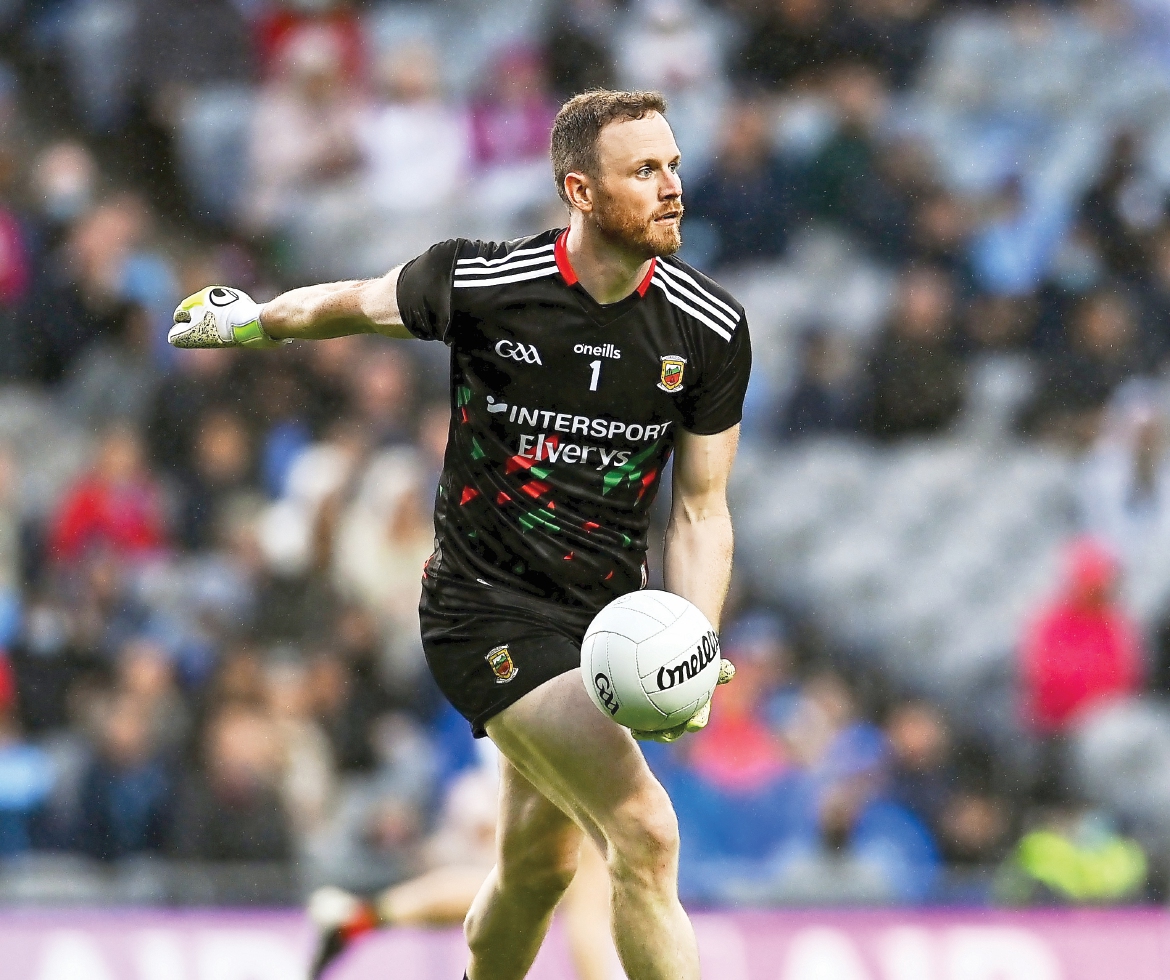 LEADER...Rob Hennelly is a huge leader for Mayo, according to his former teammate Andy Moran

With the Dubs dominating the past decade, including six All-Ireland wins in a row, it is refreshing to have an All-Ireland final pairing that did not include either Dublin or Kerry. One has to go back almost ten years to the 2012 final for the last time those two GAA superpowers were missing from the end of season showpiece.

With both Tyrone and Mayo aiming for their fourth All-Ireland title each, it was Mayo that competed in the last final that did not involve Kerry or Dublin. In that game, they also played against Ulster opposition in the form of Jim McGuiness’ Donegal. Mayo’s current goalkeeper Rob Hennelly was on the team that day and left the panel the following season. Now nine years on he will be wearing the number one shirt in another Mayo bid to end their now 70 year wait for All Ireland glory.

Tyrone, on the other hand, are bidding for their first title since 2008. Niall Morgan was not part of the Tyrone team at that stage but he was the starting goalkeeper whenever they faced Dublin in the 2018 decider. He has been instrumental in helping Tyrone reach the final stage again and with his marauding, cavalier, ‘fly-goalie’ style he is at the forefront of the latest goalkeeping evolution.

No two goalkeepers will have the exact same style of play, but they will indeed share similar traits that are visibly recognizable. If we look at both goalkeepers playing in this weekend’s showcase, we can see exactly how all goalkeepers have similar traits but execute them in different ways to create their own unique goalkeeper style.

Both Morgan and Hennelly have excellent restart ability with the length, accuracy, and variation of their kicking being in the top bracket of goalkeepers around the country. They are both are big presences within their respective teams and as such have telling influences on how well each of their counties perform in the big games. They also have strong character and resilience with both men overcoming tough media scrutiny during their careers.

They have both shown themselves to be very competent in the various goalkeeping areas like dealing with high ball, one v one situations, communicationmarshalling their defence, closing down attackers, restarts as well as being in possession of the ball. Both goalkeepers also take their team’s long-range free kicks and 45s with this being evident in both players semi-final matchups. Hennelly scored a retaken 45 metre free while Morgan scored an outrageous 70 metre free against Kerry.

The major difference between the two ‘keepers is how they approach each game situation. On one hand we have Morgan who plays with more of a carefree swagger and a confidence that allows him to operate on the front foot going into various situations. He is confident that his ability will see him come out on the right side.

Hennelly on the other hand is more measured in his approach and enters the same situations with a more methodical and pragmatic mindset. He takes calculated risks in comparison to Morgan, and he understands when he should or should not enter certain situations.

Both are excellent goalkeeping traits and ones that any coach would be more than happy to find in any goalkeeper they are coaching. Some may argue that one is better to have than the other and vice versa, but in truth, you have to work with the innate traits that your goalkeeper has developed and ensure that they develop them further by marrying them with their ability as a goalkeeper.

This weekend both goalkeepers will have telling roles to play, and it is the first final in a very long time, in my opinion anyway, that no clear favourite can be called. It may very well be that one of these two men may have the deciding kick to win the title.