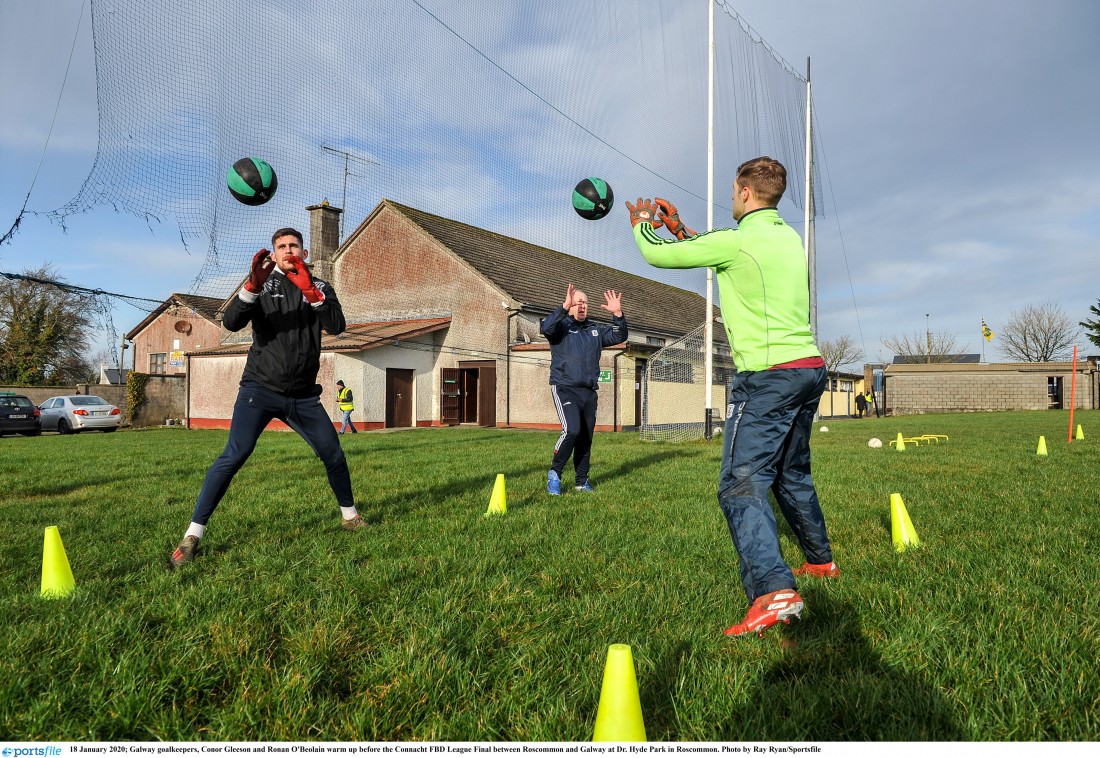 RECENTLY I was taking a one-to-one session with a young but very promising goalkeeper. I have coached this goalkeeper before and have currently been coaching them for the past number of months in regard to their goalkeeping abilities.
They have progressed very well over the time we have been working together with some great breakthroughs, especially within their kicking and mental approach to their game.
The majority of our sessions have included some form of activities that are designed to develop their kicking ability as this is a major area for improvement with this goalkeeper.
Assessing their kicking ability at the start, it was very obvious that there were various technical flaws within their kicking technique. Over the course of our sessions we worked on the fundamental aspects of any kick and began to have the goalkeeper incorporate this into their own kick.
Every goalkeeper will have their own unique kicking styles but as long as the basic fundamentals of the kick are present that is the most important factor. As well as working intensely on their kicking ability, we would also work on various goalkeeping techniques such as pendulum rolls, the step rule, positioning and footwork to name a few.
As I would introduce new techniques and challenges for the goalkeeper, it would more often than not begin with some negative thoughts where the ‘keeper would say ‘I can’t do this.’
For me as the coach, this took a lot of work focusing on the psychological aspects of the goalkeeper’s game by introducing a ‘Positive Talk’ policy where only positive self-talk was allowed at our sessions. If a negative were spoken, by either of us, we would pause the session and rephrase it as a positive.
In our most recent session, I had planned a reduced session as they were recovering from a strained thigh. After probing for the mechanism for the injury, the ’keeper told me it was due to overuse during a recent league game where they had a higher than usual number of restarts.
As the session progressed, I got a real feeling of disinterest from the goalkeeper highlighted by a visible sign of them just going through the motions as well as a lot of giggling during mistakes.
My initials thoughts were that they just did not care, or they were feeling bored or unchallenged with what I had planned.
Nonetheless, I continued with the session and completed what I had planned but this continued from drill to drill which only increased my own frustration.
Even after a sharp chat this behaviour continued. I had to even re-explain the final drill a second time after they completed it completely wrong and said they hadn’t heard/understood what I had said.
After discussing the session thus far it became evident that low concentration levels and energy levels, as well as a feeling of being faint, were all present within the goalkeeper.
With these signs and symptoms, I began to probe them about their off-field preparations for this session, which brought some interesting findings to light.
Our session commenced at 2pm, the goalkeeper’s last meal was their breakfast at 9am, which was two slices of toast, and the first bit of water they had that day was the 500ml bottle they had brought with them to the session. So, for all of the ability errors and lack of drive during the session, the reasons clearly did not originate from a SKILL or a WILL basis. The origins of these issues were from a FILL perspective.
What I mean by a ‘FILL’ perspective is that the goalkeeper’s off-field game preparations (rest/nutrition/hydration/sleep etc.) resulted in a serious decrease in their on-field performance.
But although they were highlighted by having an open and honest discussion about their off-field preparations, without having that discussion these signs and symptoms could have very easily been misread as a bad attitude or an inability to perform certain skills, whereas in reality they have been cased by poor preparations.
By making some simple lifestyle changes and instilling some discipline, these issues can be very quickly rectified.
Humans as a species are habitual creatures by their very nature and when working with young goalkeepers I have always found that this is a concept that they find very difficult grasp.
There is no doubt in my mind that they understand the meaning of the phrase ‘You define your habits, then your habits define you,’ but the difficulty they have is with having the discipline, drive and/or motivation to have consistency within their off-field habits.
It is important that we as coaches continuously help our young goalkeepers to develop these three areas (discipline/drive/ motivation) so as to try and ensure that they grow good off-field habits that will complement their on-field performance.
To do this we must understand our goalkeepers as well as understand that not all poor performances are just down to ‘Skill’ or ‘Will’ but can also be affected by their ‘Fill’ as will.
Remember when you are assessing your goalkeepers when they are underperforming always ask yourself is ‘Skill, Will or Fill?’