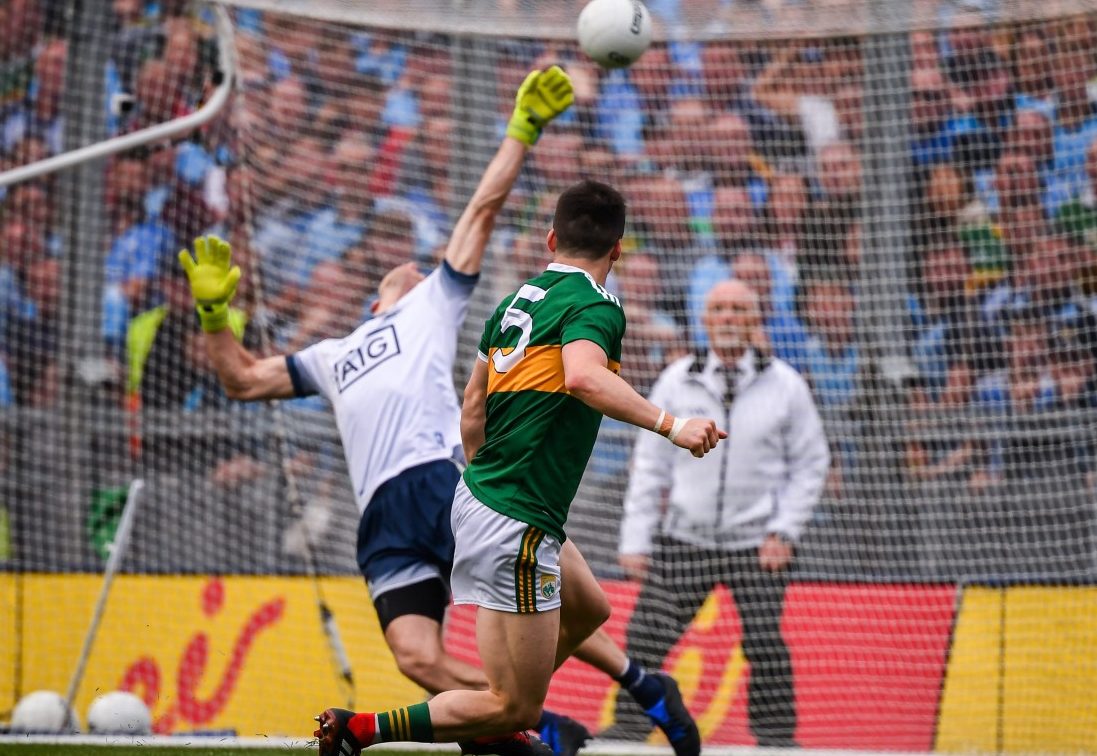 WHENEVER I am coaching goalkeepers around the country, there are six main goalkeeping areas that I will coach them in.

These six areas are, in my opinion, the main areas involved within the goalkeeping position and incorporate every possibility that a goalkeeper may face during competitive games.

Every possible game scenario can be classified within in one of these six goalkeeping areas. They will of course have overlaps and similarities but, for the most part, each scenario can be assigned to a specific area.

What this does for the goalkeeper/coach, is allows them a guide whenever they are formulating their training plans for the coming days/weeks/months/year.

With every team I coach, I receive performance reports about the team’s goalkeepers from several sources. From managers to chairpersons to groundsmen to supporters, they all will give me a run down of what their assessment is of their club’s goalkeepers.

It is always good to gather a wide variety of information from a number of different sources about a goalkeeper’s ability as it gives the coach a sense of familiarity with the player.

The usual phrases will always be provided. “They have a good long kick on them,” “they are great under the high ball,” “they are as brave as a lion because they are not afraid to go in headfirst.”

One other phrase that is commonly used when appraising goalkeepers is in regard to their shot-stopping ability. “They are a good shot stopper,” is one of the phrases that most people use and it is one that brings me a wry smile.

“THERE IS VIRTUALLY NO SHOT STOPPING IN GAELIC FOOTBALL GOALKEEPING.”

Shot stopping is a term that has been transferred from the game of soccer as it is an aspect of the goalkeeping position within that sport. We all hear regular descriptions by commentators and pundits regarding the shot stopping abilities of our soccer goalkeeping counterparts.

Whenever I began to look for a coherent definition of the phrase, most of them stated something along the lines of: ‘a shot is an attempt on goal within the defensive half of the field.’ In soccer, it is plausible for any player attacking the opposition to have an attempt on their goal once entering their half of the pitch. Indeed, goalkeepers in soccer must always be alert purely because attackers will shoot on sight at the very slightest opening on goal.

This is simply not the case in Gaelic football because once a team enters their oppositions half, the opposition’s goal is not under imminent spontaneous attempts for three-pointers.

In Gaelic football most attempts on goal come from within the crease or penalty area and usually end with the goalkeeper facing a one v one, two v two, one v two, a rebound, a flick-on, double saves, and/or even a penalty.

For me, I call these SITUATIONS rather than shot stopping because the goalkeeper finds themselves within a situation that they influence directly.

It is a very rare occurrence that a goalkeeper will face multiple attempts on goal from outside the 14-metre line during a game.

But this is not to say they do not happen. I have experienced them within my own playing career when facing the likes of Rian O’Neill and Jamie Clarke, whereby they feigned shooting for points before shooting for goal from beyond the 21-metre line. Luckily for me both efforts missed, and I was spared any blushes. There was also a video of Kerry star, David Clifford, collecting a ball outside the 21-metre line turning and dispatching the ball to the goal much to the surprise of the goalkeeper.

By classing both aspects in this way also changes the mindset surrounding both. By using the word situation, it provokes thoughts of action as the goalkeeper feels they can take action to counteract the developing situation they are facing. Thus, giving the goalkeeper a greater sense of control over what they can do.

Using the word shot taps into the stigma of having to react to or anticipate the shot meaning all the control is with the attacker taking the shot rather than with the goalkeeper.

The key message here is if you find you are experiencing a high number of shots in comparison to situations, you may need to look at your game to see if you need to work on the various situations within the game to be better prepared come game day.