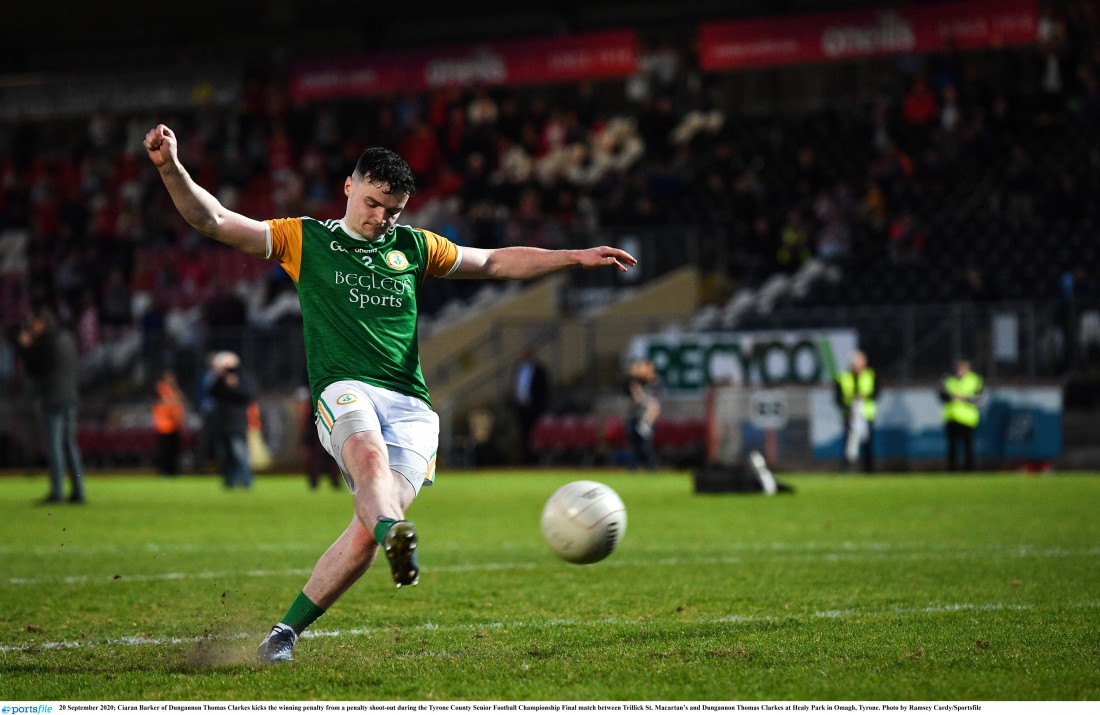 The spot kick is

as an unwelcome practice taken from English soccer, but in fact its roots are Irish

With the shortened GAA season this year, most county boards across the country have implemented rules to ensure that championship games finish on the same day (except finals). They have instructed teams that if they are level after full time, then extra time will be played to find a winner. This is no new concept in Gaelic games and extra time has indeed been played in the past. What was new for this already irregular season was that for the first-time championship matches would be decided with penalty shootouts.

This decision has been met with a very evenly mixed response both for and against its introduction. Most of the feelings of disdain towards this way of settling games comes from the fact that it is seen as being taken from Association Football. It is also seen as a very cruel way to settle a game of football, especially one that has finished level both at full-time and after extra time. Contrary to these beliefs, there is no more Irish way to decide the winning of a game than with a penalty shootout. Why?

In 1890, an Irish businessman and goalkeeper called William McCrum, from the small village of Milford in County Armagh, invented the penalty kick. Up until that point there had been no definitive infringement for fouls that were committed inside the 18-yard square, as well as for intentional handball, to stop opponents from scoring. He took his proposal to the Irish FA and they in turn took it to the International FA meeting in 1890 where it was deferred until the next meeting and in 1891 it officially become a law of the game. To commemorate McCrum and his innovative rule the William McCrum Park was built in Milford village on the site of the pitch the penalty kick was invented, also with a monument in its centre to honour his achievement.

Ironically, I thought it was a very fitting tribute to the invention of the penalty kick whenever the first ever penalty shootout in a County Armagh championship match was between the two teams that reside closest to the spot in which it was created. Both Pearse Ogs and Madden Rapparees’ grounds are within a three-minute drive (three miles) of this spot. The Ogs won that shootout and moved on to the next round of the championship

Over the past weekend, the real Cinderella story of any championships the length and breadth of the country was Dungannon Clarkes winning the Tyrone Senior Championship for the first time in 64 years. Every single game of their championship campaign ended with them playing extra time as well as the final ending in a penalty shootout against reigning champions Trillick. This was just another high-profile game that has now highlighted the use of penalties to decide the victors of competitive games.

Whether penalty shootouts will be continued to decide championship games can only be debated at this point in time but what can be guaranteed is that they are of course a current part of the game as a sanction for infringements committed within the large rectangle. As they are part of the game, they of course need to be trained both by the penalty taker and the goalkeeper facing them. I train penalties in five main ways:

1. Normal Penalties – shooter versus goalkeeper. Shooter takes five penalties and winner/loser is recorded. A league or running score can be kept between the players to add a competitive edge with rewards or forfeits used as motivation.

2. Shooter Declares – before the penalty is taken the shooter must declare the spot in which he is intending to put the ball. The goalkeeper starts dead centre on the goal-line and must not move until the shooter strikes the ball. This will benefit both the goalkeeper and the shooter psychologically by both knowing where the ball is going.

4. Shooter Declares Slaloms – this is a mixture of options 2 & 3 above. With the slalom poles creating two triangles, the shooter must declare which triangle they are shooting for. The goalkeeper, as before, will be on their goal-line and will not be allowed to move until the shooter has struck the ball.

5. Training Games – during games in training sessions if a goal is scored, for that goal to be counted the goalkeeper on the team that scored the goal must save a penalty at the opposite end. If they save the penalty their team’s goal will count, if they do not save the penalty their goal does not count and is overturned. After the penalty, the game resumes with a restart/kickout at the opposite end/end the original goal was scored.

Whatever influences helped Milford FC goalkeeper William McCrum invent the penalty kick, they do not have any real importance in regard to its application. What really matters is the fact they are part of our Gaelic games and they need to be worked upon regularly by both shooters and goalkeepers. They can be taken for granted at times and they do have a psychological element associated with them, but please ensure that you do not neglect ‘The Penalty.’