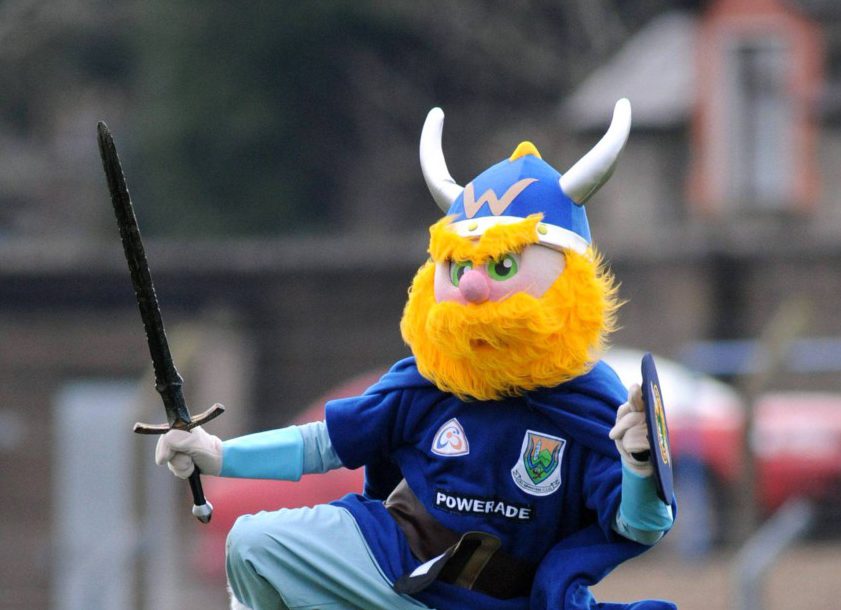 A FEW weeks ago, I read an article by fellow Gaelic Life columnist Gareth Fox. The content of the article was focused upon character and how a person can develop the character they wish to have.

He continued to highlight that a person’s character is based upon the virtues/values that the person lives by on a daily basis. He questioned  whether the majority of people could name five virtues that they consciously live by every single day. It is living by these values and practicing them consistently that provides the foundations for having a strong character.

We also had regular meetings focusing on maximising our mindset by working on conditioning our psychological state so as to maximise our performance during games. As always, anything that I ever did in this area was entered into my training diary.

For my own virtues and mindset, I looked towards my past for inspiration, specifically our Morrison ancestry. As my father would always say “You need to know where you came from to find where you are going.”

Many years ago, he traced our family’s ancestry. He found that our descendants were Vikings and came from Norway through Scotland (Outer Hebrides).

It is here I began to look at what they could offer in terms of mindset and beliefs.

While researching I found some blogs by a Norwegian novelist called Bjorn Andreas Bull-Hansen.

One of the blogs was entitled “Thirteen Ways To Adopt A Viking Mindset” and they described ways in which a person could use these common Norse traits to become like the Viking warriors of old.

The 13 traits given by Bull-Hansen are:

1. NEVER GIVE UP: surrender is not an option because it means you lose a part of yourself.

2. KNEEL TO NO KING: do not respect any authority if such authority’s respect is demanded and not earned.

3. SEEK ADVENTURE: you have been granted life so be grateful by doing something meaningful with it.

4. WISDOM IS WEALTH: wise people are listened to and are also held in high regard.

5. SEEK CHALLENGES: you should always look for the path of highest resistance, whenever you are on the right path it will not be easy.

6. RESPECT IS EARNED: never be afraid to learn from your mistakes and come back as a better person.

7. BE REMEMBERED, ADMIRABLY: ensure you live in such a way that you are remembered forever, but in a good way.

8. BE TENACIOUS: always be ruthless and relentless but conservative in your ways.

9. TURN BAD INTO GOOD: it is important to always be flexible allowing yourself to adjust to the fact that life happens.

10. BE LOYAL: loyalty is the glue that makes kindred (people on the same path) stick together.

11. BE COURAGEOUS: always face your fears head on and defend your kindred from all and any dangers.

12. GRAB EVERY OPPORTUNITY: do not hesitate and grab every day because it may be your last.

13. REBEL: be true to yourself by honouring your core beliefs/values and never allow others to force their beliefs/values onto you against your will.

These 13 traits are ones I like to try and practice on a daily basis, or at the very least in situations that they can be utilised in.

After all, we first define our habits and then it is our habits that define us and for this reason it is important to instil good habits in order to create a strong character. And it is these 13 traits that feed into the nine virtues I try to live by every single day. My nine virtues also come from my Viking heritage and are as follows:

1. COURAGE – I face my fears and defend my family and kindred from all dangers.

2. DISCIPLINE – I do what is necessary and right out of my own accord without bribe or threat.

3. FIDELITY – I am true to my family, friends and kindred as well as those I pledge my services to.

4. HONOUR – I stand by my oaths/promises and honour my ancestors by keeping my name pure among the kindred.

5. HOSPITALITY – I share hearth, food and drink with my friends, kindred and the weary traveller at my door.

6. INDUSTRIOUSNESS – I take joy in labour and hold nothing back in the work I have pledged to do.

7. PERSEVERANCE – I press on against all odds until my goal is met and the task is finished.

8. SELF-RELIANCE – I learn skills and grow strong so that I may earn my way in the world and be no burden to others.

9. TRUTH – I seek the truth even though it may be a hard truth. I speak true words or stand in silence and I defend truth from those who do not honour it.

Every year I would have a training diary for recording all my training sessions and/or team meetings, etc, so as to allow me to have a reference point for things I would deem to be important to my overall performance. At the beginning of all of my diaries I have a section dedicated to both my nine virtues and my 13 traits and this is what allows me to tap into my ‘Viking Power!’