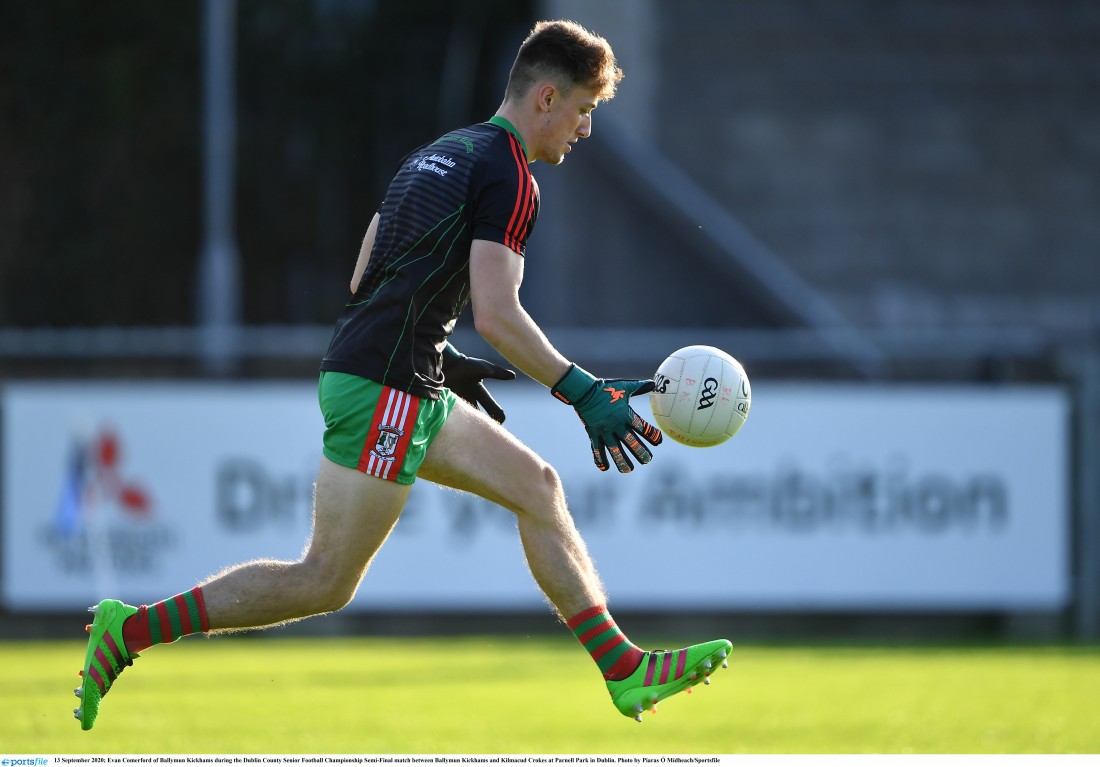 Once I returned to football back in the late summer of 2013 to act as the sub-goalkeeper for my club, Armagh Harps, I was lucky enough to fall back in love with the game.

We would scour the internet for inspiration and arrive at every training night with two or three new drills for us to try out. Idea staking mostly from our soccer counterparts to begin with but after a while we were able to adapt these drills to make them more relevant to Gaelic football. At this stage our drills would have been very generalised and would have worked a number of our different skill sets at the one time without ever specifically focusing in on any particular part of our goalkeeping.

In 2015, I joined the County Armagh Senior team and it was here I learned and understood how I could improve myself as a goalkeeper. Under manager Kieran McGeeney, the ethos was a constant drive for perfection and improvement all the while knowing that the only thing that would stop us reaching our goals was ourselves. “Success is merely a by-product of the drive to become the best that you can be!” he would say.

It was during these four years on the Armagh team that I really focused on myself and my goalkeeping in particular. I spent considerable time thinking about what I expected of myself as a goalkeeper. This is when I created my Eleven Goalkeeping Principles, my goalkeeping framework that can be used by any ‘keeper to give them a base from which they can form their own unique goalkeeping style.

It is these principles that allowed me to improve my game to best that it could ever be. By using these principles as markers for performance I was able to highlight areas of my game that needed improvement. By have these areas highlighted it allowed me to tailor my training sessions as well as the drills I needed to complete in order to focus on my problem areas. For this to be effective it was vital for me to have a library of drills that I could use for each principle so I could vary my approach, forcing my body to adapt.

The majority of the drills I have in my library I have created myself simply by using my experiences as a goalkeeper. If there was a goal chance/goal scored during the weekend game, I would turn it into a drill for the Tuesday night session. We would replicate what happened and discuss what other options were available. We would collectively decide what to do if that situation happened again and then we would run through our choices as a training drill to finish. The drill would also be recorded into my drill library for future reference.

Once I built up a fair amount of drills in my library, I then began to categorise them in regard to my eleven goalkeeping principles. The majority of the drills would incorporate most, if not all, the eleven principles but I would decide which 3 or 4 of the principles were being used the most and determine them as the skills being trained. This allowed me to search for drills quicker and more effectively whenever I was looking for exercises that would work specific parts of my goalkeeping highlighted by my goalkeeping principles.

It is essential for any goalkeeper or goalkeeping coach to have a library of different drills that they can use whenever they are designing their training programs for the season. What is more important is to fully understand what each of these drills are working and what part of the goalkeeper’s game is the exercise improving. Whether you create the drills yourself or take influence from other sports, make sure you understand the purpose of the drill and ensure this is also recorded into your drill’s library for future reference. Knowing your improvement areas is important but it is more important that ‘You Know The Drill!’