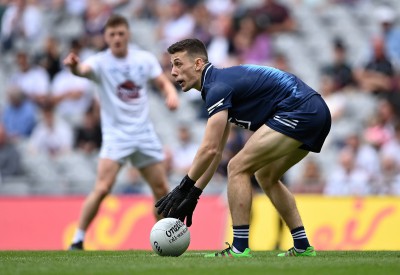 THE kick-out has changed so much tactically over the past 30 years. So much so, that the name has been changed along with it.

From punting the ball out to the midfield areas where players would compete for the ball in 50-50 challenges to try and catch, break or attain possession; they have now evolved into tactical masterplans whereby players have set roles to ensure one player gets open for as close to 100 per cent possession as possible.

The reason for this evolution, in my opinion, is from a realisation surrounding the high catch skill. After the GAA had invested heavily into coaching in the early 1990s, coaches began to realise that the high catch was becoming an ineffective skill but most certainly not obsolete. It still has its merits when used in the correct situation.

Regarding kick-outs, coaches realised that opposition would plan to fight for break ball rather than allow high fielding to take place. Coaches then got to work and created ways their teams could gain 100 per cent possession with the minimal chance of interception from the opposition and kick-out routines were born.

Stephen Cluxton has long been hailed as the man who had revolutionised this area of goalkeeping with his pin-point accuracy and coolness under pressure. It is a statement that cannot be denied on the surface, but delve deeper into this area and you will soon realise that it takes more than one man to perfect this ever-prominent area of the goalkeeping position.

For me, here are three main components involved in restarts. They are the three Rs which are routines, receivers and the restarter.

Routines are the most important component and are the set of agreed movementsprinciples that the team have discussed and decided upon.

For each routine there will be specific roles for the players involved for each position that need to be learned by all players that could find themselves playing in that position. The team will also rehearse these routines regularly at training so everyone knows what their role is in each position both with and without opposition. When rehearsing these routines, two full teams are required for optimal results.

Receivers are the next component involved and they are the outfield players that want to receive the ball. It is important to note that it is the receivers that initiate the restart with their movement and not the goalkeeper. The better the quantity and quality of the movement from receivers, the less importance rested upon the restarter with their kick. Receivers may also be held accountable for not executing a restart routine correctly.

The restarter must strive to have the strike taken within the least time possible.

A routine can be called if the restart cannot be won immediately, but ultimately, it is the restarter that is in control of when the ball is kicked, and he must decide upon the most viable option.

With restarts now having a massive focus in Gaelic football, it is important to consider the three components when coaching this area.

Goalkeepers must practice/train meticulously in their distribution to ensure they complete their role with the three Cs (calm, controlled, consistent) and that the kick is executed using my C.R.A.F.T. (consistency, reading, accuracy, flight, technique) method to ensure the most favourable result.

Gone are the days of the goalkeeper and midfielders being the only components of the kick-out.

Nowadays, they are known as restarts – and restarts? They’re a team thing!