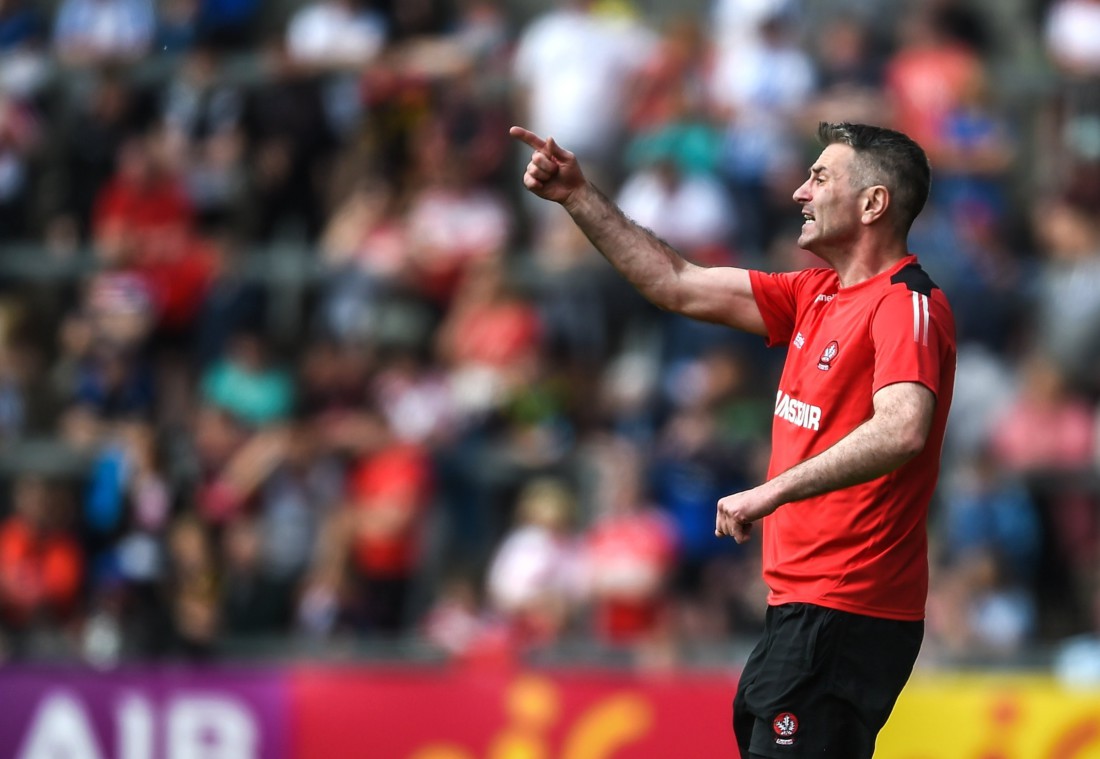 THIS weekend will throw up possibly one of the most tactically anticipated battles in the GAA since the Jim McGuinness days.

Donegal and Derry in the Ulster final promises to tick every box from a coaching perspective, to watch this game with an analytical coaching eye will be fascinating.

Rory Gallagher is a genius in my opinion – he has inherited a group of players who only a handful of years ago were in Division Four of the National League and dumped out of the championship by a poor Laois team in Derry. That is serious progress in three seasons.

Gallagher has the X Factor as a coach, he has all the best players playing for him and he tolerates no nonsense as well. This was evident during his spell in Fermanagh when he badly needed big Sean Quigley to bolster his forward line, but Gallagher felt he had breached the team discipline lines and didn’t bow. The same thing happened this year with Ciaran McFaul, and the player is no longer there with Rory questioning his commitment levels.

This clash won’t be free-flowing, open, attractive man-to-man football with lots of kick passing. It will be a hugely tactical encounter with so many facets to analyse.

Of course, the easy narrative to hammer this weekend will be the word ‘defensive’, especially because Rory Gallagher and Donegal are involved, and it will be a defensively orientated game-plan from both.

But Derry have developed an aspect to their game that not many pundits have mentioned. Their ability to turn a deep-lying defensive shape into a free-flowing counter attack that has yielded 21 points v Tyrone and Monaghan in the last two games is impressive.

One of the main reasons for this is Derry’s ability to get numbers ahead of the play and get height and depth in their attack. What that does is create less congestion in the middle third and allows for a number of 1 v 1 duels for the ball carrier. If the ball carrier beats the first man, it opens up a world of opportunities.

One of the first points you must consider is where is the first line of engagement going to be? Is it a high press, a middle third press or do you decide to drop deeper in a zonal type defence? You must decide where your team will be engaging first.

You will have heard the terminology, match -ups, tagging or spoilers. Thy are personnel used to disrupt or negate the oppositions most influential players, be it the biggest scoring threats or the players most likely to make things happen.

The good teams and top teams in the country will get their match ups spot on, they also have the personnel and resources to do this.

Watch the likes of Brendy McCole, Stephen McMenamin, Chrissy McKaigue and Brendan Rogers this weekend and you will see the fine art of individual defending. This is a game that could be decided on a big moment of a defensive error, such will be the closeness of the game. The fact still remains, great teams are built on great defences.