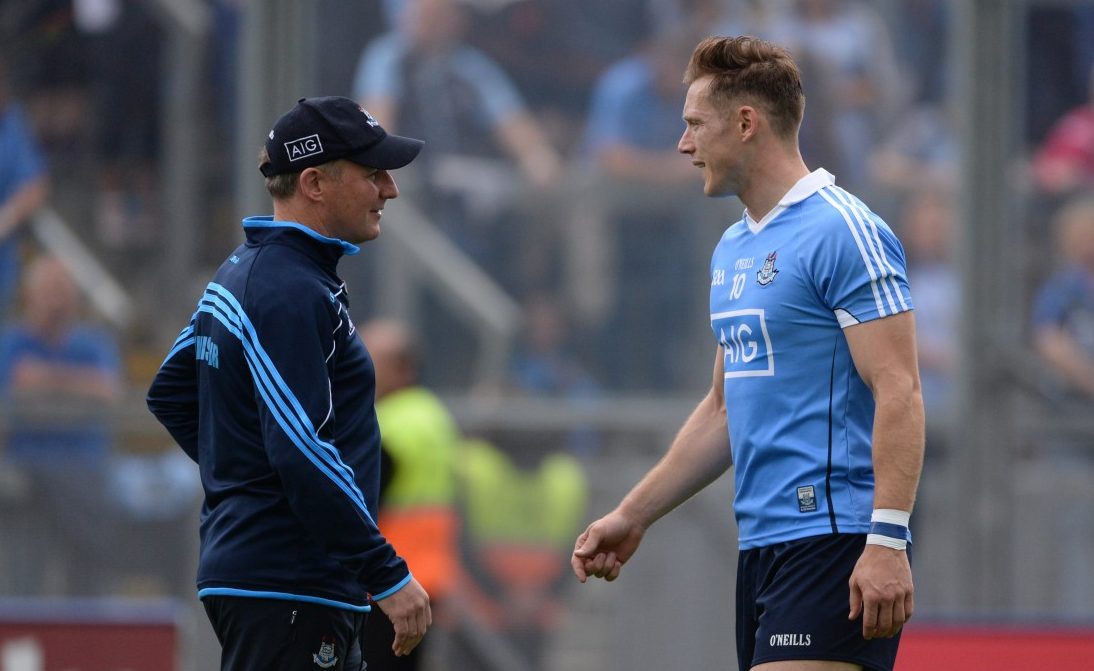 SOME teams exited the championship over the weekend and the usual stories surfaced post match about certain players who weren’t happy about being left out or taken off.

I was chatting to an old friend recently who is now coaching at a club side in Ulster. After a short spell in another club as a manager, he said that he thoroughly enjoys the coaching so much more than the managing. Some nights after training there was a queue waiting to speak to him about why they weren’t playing the previous weekend.

It happens everywhere, be under no doubt about that, and it sparked a question in my mind this week ‘what is the greatest challenge you are faced with as a manager?’

I haven’t  been a Gaelic football manager for a long time, between school, club and county teams the guts of 18 years, but I have no doubt if it was 35 years’ experience I would still give the same answer – man-management.

In my profession, teaching, the only real power you have left is your personality to deal with different pupils and difficult parents. You are constantly man-managing all the time and it can be very challenging.
Coaching and managing a Gaelic Football team is exactly the same. You are dealing with different personalities and characters all the time, not one single player will be the same as anyone else.
You will have the shy introverts who won’t say much and are very hard to work out, the boisterous extroverts who will challenge you verbally with plenty to say, you will have players with high-pressured jobs who arrive in the changing room with everything in their heads except football, students with exam stresses and older players with families.
These are just some of the examples and despite all this you will be expected to try and create a bond and maintain a spirit and togetherness for 30 adults.
Some clubs, from the outside looking in, have a really tightknit group of players, but there is no doubt this didn’t just happen by chance. It was harnessed and managed and relationships were developed and built over time.
Maybe a certain culture was promoted in the club from a very young age, but it’s much harder to build a togetherness and manage players at inter-country level because you have big personalities coming together from rival clubs. If you can create that club-type atmosphere with a county group then that is half the battle.
It’s one of the things that, for me, Jim Gavin didn’t get enough credit for it during his tenure. He was juggling the Dublin hype machine whilst also keeping those players tightknit, motivated and extremely driven.
No manager is exempt though, even Jim, when it comes to having to handle and deal with different players and to juggle that tricky art of man-management, as was evident with Diarmuid Connolly.
Here are some ways you can help yourself:
1) Encourage player feedback:
Don’t hesitate to canvas the opinions of your more senior players within the panel, gain their feedback on training, opposition, your own style, it all helps.
Maybe explore the possibility of setting up a players’ leadership group. Obviously there is a fine line between democracy in a group and player-power, but it’s extremely foolish to attempt to rule a modern group of players with an old-school authoritarian principal style. It’s ignorant and it simply won’t work.
Other methods of gaining player feedback are discreetly speaking to players before and after training and organising one-on-ones throughout the year, this will particularly help those quieter players who aren’t so keen on speaking in a group environment.
2) Dealing with disillusioned or disgruntled players:
I think it’s very important every player has a clearly defined role within the group and that role is valued. Players who are cast aside and don’t feel part of the group are obviously going to eventually become disillusioned and separate from the group.
Football is an emotional game and  emotional moments are virtually impossible to avoid, but try to resolve contentious situations immediately and don’t let them fester. This can be unhealthy, don’t shy away from confrontation when it rears its ugly head, meet it, greet it and deal with it  maturely.
3) Create a spirit and a consistent camaraderie among the group:
Remember as a manager/coach you are dealing with a large number of young men with differing personalities and needs. Not one single thing will ‘float everyone’s boat’ so you might have to make allowances for certain individuals whether that be as a result of family matters, social issues or work problems.
The one resounding factor still remains though, it’s not just about winning titles  but the different challenges faced each year with a bunch of players and trying to put all the elements together to make a team whether it’s with school, club or county.
The challenge always remains to create a spirit, atmosphere and a winning mentality – and through effective man-management we can all achieve this.