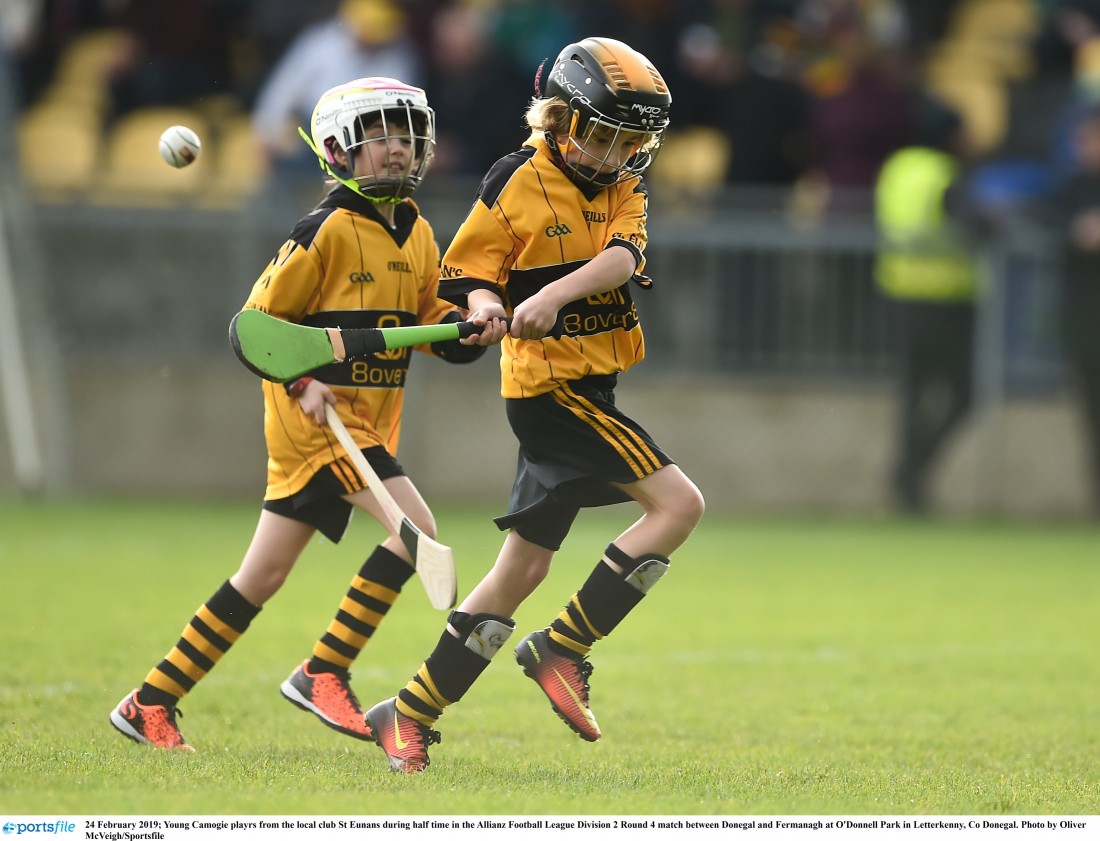 AS readers will know, I have always been a big advocate in coach education.

When you go to a coaching day you aren’t just attending to listen to the content being delivered from the front, you are equally going to network and interact with other coaches because the greatest resource we have as coaches is each other.

I remember doing a coaching day at a school in Laois last year. They had some brilliant hand-eye games, balance games, reaction games, games to develop speed and agility. Indeed, the first part of the coaching morning, which was indoors, focused on movement prep and core activities for young players. Some excellent ideas for young players to engage their core through fun games were shared.

The pitch session took the format of approximately 10 small-sided games and each had a number of different variations which could have given the coaches up to nearly 30 ideas.

In some of the games though, I just let the young players play the game a few times, called them in, discussed a certain strategy or tactic to implement and got the teachers and coaches to try and guess what the young players had decided to do.

The results were remarkable. For example, in one particular game, ‘Defend your Square’, the blue team had lost three in-a-row. I pulled them in, probed them with questioning – what can we do better, how are we going to score, who is the best ball carrier, what’s the best method to attack the reds who played narrow, etc.

The young players themselves came up with the answers. It was a five v five game, so the five who were attacking decided who was going to initially carry the ball, they decided one player would rush straight through the defence and in behind while simultaneously two other players would provide an arching run wide and in behind stretching the defensive team. The other player would stay close to the ball carrier as a support option.

A simple game, but the results were remarkable. The blue team, who had been turned over three times in-a-row, cut the reds open with two passes and worked a score.

We often bemoan the fact in Gaelic football that the one v one, man-to-man situation doesn’t occur as often as we would like in games, but part of the reason is probably a lot of teams don’t trust their defenders to go one v one. Part of the blame must lie at the feet of the coaches who possibly don’t facilitate such an occurrence often enough in training.

If you are building your session around small-sided games, you want to facilitate attacking/defending game-related situations as much as possible. You want to create games where your young players experiences how to use space (create, occupy and deny), how to provide width, how to keep a depth in attack, promote lateral movement.

Defensively, through games, you want to manufacture an environment where players get to anticipate passes, track runs, shadow inside movement, cover space, learn when to press the ball and when to provide cover, the art of individually tackling and also developing the play as a defender when you turn the ball over.

Try to create games where players get to make as many decisions in front of goal as possible. Because this is the TCUP area, that scoring zone is where you want your players to be able to think clearly under pressure that’s where the majority of critical match-winning decisions are made both offensively and defensively.

At the coaching day, I had games split into a number of different titles, fun games, focus games, transition games, conditioned games and scoring games.

On the focus games, one of the games was called ‘Press the Kick-Out’ – a simple game played between the main goals and portable goals on the 45-metre line with two goalkeepers and five v five outfield players.

When a ball went dead, players had six seconds to push up on their man before the goalkeeper got the short restart away. As I explained to the coaches, so many young players switch off after a shot or a score and before they know it, their man has received a short kick-out and is developing the play at the other end.

The benefits of pressing the opposition’s kick-outs are huge, an interception or misplaced kick-out could hand your team a goal opportunity but it’s more about trying to install a mentality in young players through a focus game like this that will hopefully carry through to senior level where it has become well-rehearsed and second nature to them.