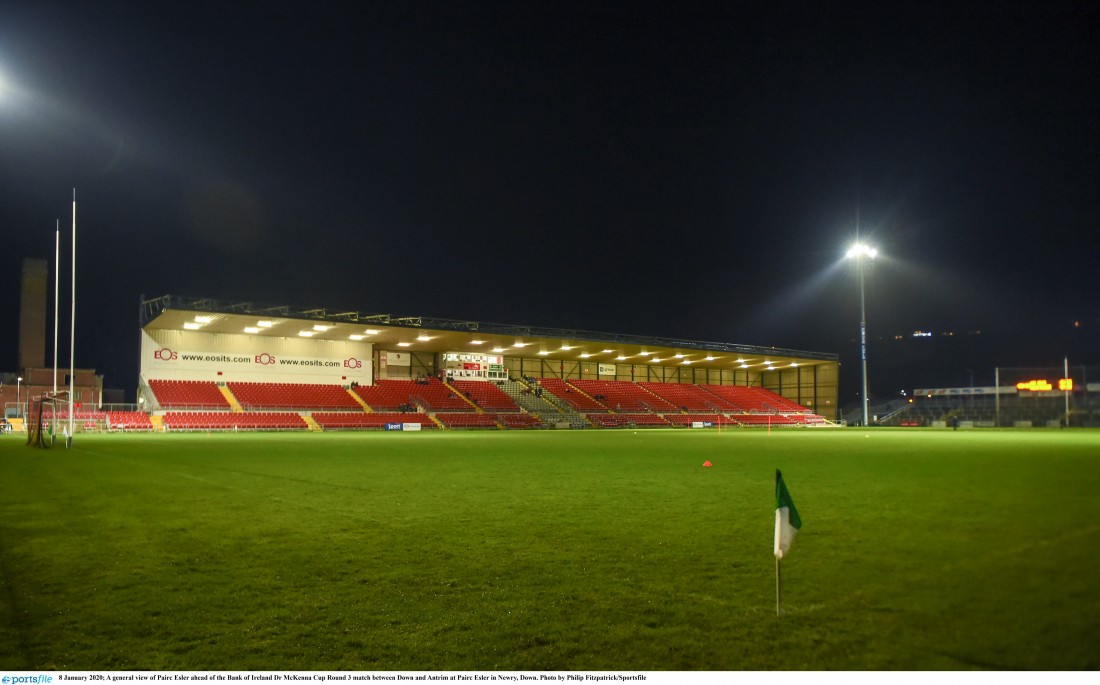 IT was fantastic to see so many current students of St Joseph’s, Newry named in the Down U-13 A Championship final programme.

Between Ballyholland and Newry Bosco, we had 15 students involved in the final, which is absolutely fantastic for the school and for the community of Newry.

I am a proud Newry native having been born and reared in the area. Both my parents are from the city and are proud Newry people. Like anyone across our island I am proud of where I am from and I want to see the best for our community and especially for our young people.

In Newry, like any big town or city, there can be a lot of distractions for our young people. Socially it can be a minefield for a lot of our young people and it is truly fantastic to see the work that Newry Shamrocks and Newry Bosco have been putting into their underage structures over the last number of years.

As a former Newry Mitchel’s player and coach, it is very disheartening to see how the club have struggled over recent years but not having a home, a pitch to provide identity, is very difficult for the club. Unfortunately the underage situation in the club looks doomed despite the continued best interests of some hardened Gaels in the club.

I remember back to my playing days when the Mitchel’s won a Junior Championship and Division Three in the space of two years and found themselves competing in Division Two and the Intermediate Championship. At the time, I clearly remember mentioning a very unpopular opinion that Newry should have one club!

For me having one club in the town or city, as it’s called now, gives you a very clear identity of who you are representing and what you are playing for. It’s probably never going to happen but for the community of Newry not to have a single Down senior county footballer in over 10 years is extremely worrying for a community of approximately 90,000 students.

After school we have a brilliant group of teachers with unique expertise within PE and beyond who allow the children to choose a number of activities, from Gaelic to golf right through all the sports. Last year we had soccer, Gaelic football, table tennis, boxing, golf, basketball, archery and cross country running. Children were encouraged to participate in as many sports as possible. But it is the GAA where my heart lies and it is a GAA ethos I want to see ingrained in as many of our children as possible.

The school is fortunate as it has feeder clubs in Newry Shamrocks, Newry Bosco, Saval, Glen, Ballyholland, and some Armagh clubs bordering on the edges of Newry in Correnshigo, Shane O’Neill’s and Carrickcruppen.

Unfortunately, with the current Covid restrictions in schools, we currently can’t offer the same after-school programme as we previously could. So this week I decided to offer a unique block of coaching sessions in the evening to our new Year 8 students.

I have named the initiative ‘Wednesday Night Lights’ and we are fortunate to have a brilliant floodlit grass pitch at the school that a number of local clubs and Down county teams avail off. The students will get dropped off by their parents and collected promptly at the end of the session. That is the only way around the current restrictions faced in school, but it will hopefully generate an interest in new comers to Gaelic football and also retain the interest for those already involved.

I have linked in with our local clubs at u-11 level and have taken a number of sessions so the new Year 8s would know what to expect. We had a brilliant turnout on the first night, the children were presented with a games-based approach with the ball at the centre of everything they did.

The warm-up maximised the touches each player had and they were regularly encouraged to play off both sides – right hand, left hand, right foot, left foot.

It was a huge success and something we hope to continue long into the winter and early spring. For the other age groups in the school we hope to do the same post Halloween when hopefully some Ulster College competitions will go ahead.

In the current climate of Covid madness it’s important to remember that the GAA and our games can be a real sanctuary for our young people.