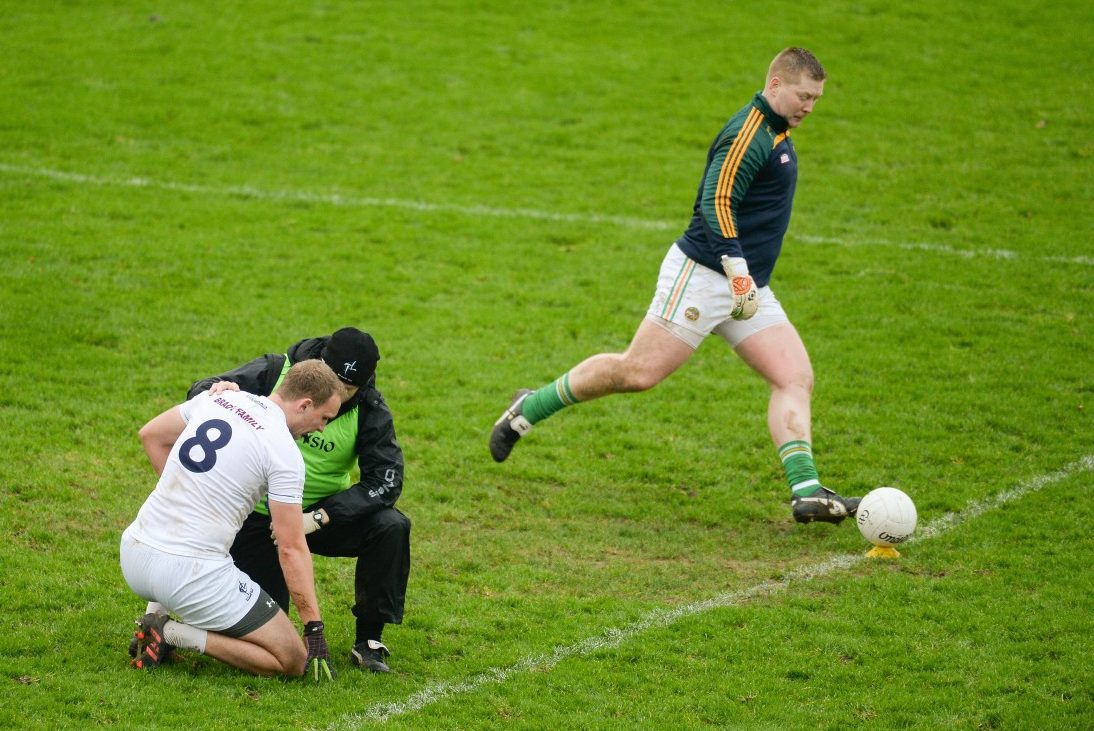 Kickouts must be planned and practiced

I, like many, otlhers, have my own views on the modern game. I watch a huge amount of football at both club level and inter-county level, and it certainly doesn’t make me any wiser than the man on the street who doesn’t watch any football. However, like them, it entitles me to an opinion.

For me, one of the most important elements to try and get right when coaching in the current game is restarts. Restarts can come in the form of kick-outs, free-kicks, sideline balls, marks, and free possession from an injury blown by the ref. Given how many of these there are during a game, if you can retain the majority of them then you are giving your team a serious platform to build a victory from.

Possession restart strategies (kick-outs) at inter-county level have clearly become extremely important. The key goal on any restart from the goalkeeper or outfield player (if we consider restarts to be kick-outs, sideline balls, free kicks from outside the scoring zone) is to retain possession of the ball at all costs.

Many county sides now place a huge emphasis on trying to win their own re-start while at the same time trying to disrupt the opposition’s as best as they can.

It’s easy to blame a goalkeeper when restarts aren’t going well but it’s important to remember that restarts from the goalkeeper should not just be his or her sole responsibility. Obviously the placement of the restart, the height, the pace etc are all controlled by him or her, but more importantly they must have options on his restarts. That comes from outfield players providing options with some lateral movement, decoy runs, possibly a basketball type screen on an opponent, well before the goalkeeper is actually on the verge of kicking – something which is going to help find that little yard of space that is crucial to the accomplishment of the restart.

At the end of 2015, the Ulster GAA Sports Science department completed an analysis of kick-out patterns in the Ulster Senior Football Championship and some of the results were very interesting. Over 330 kick-outs were analysed and were broken into three types, short inside 45 metres, mid between 45 metres and 65 metres and long beyond 65 metres.

There were more long kick-outs than any of the other two but interestingly of the 120 short kick-outs, possession was gained by the kicking team approximately 96 percent of the time. On top of these stats, it was found that kick-out possession will lead to a shot at least one in every two restarts, phenomenal statistics.

Obviously you have to be careful with statistics like this but if you consider that there are approximately 25 possession restarts from a goalkeeper per game and you manage to keep possession on these restarts, then you are basically creating approximately 12 scoring chances a game or possibly more, hence why it’s become a massive part of the modern game.

I also saw an interesting statistic emerge over lockdown that restarts away inside five seconds had as high as a 75 percent chance of creating a score and for every five-second delay after that, this percentage dropped by 20 clearly showing quicker, faster restarts gives you a great chance of exploiting the opposition.

Is it any wonder the Dubs are so effective at possession restarts? A number of years ago Dublin made sure there was a goalkeeping coach involved with every single academy team from u-14 right through to minor level to help not just improve the basics of goalkeeping as in the handling, agility etc, but more importantly their kicking technique.

Keepers were coached technique from a very early age not to force their kicking as they’ll lose their technique, to be more measured and accurate with their kicking.

They started teams working on heavier weighted balls so come match day it felt like a balloon, the kicking tee sizes were reduced to near ground level so as to help them simulate a turf of grass when coming up to strike a 45 or long-range free, they also timed the ’keepers to speed restarts up.

Cluxton used to take close to 20 seconds, now he’s down to under eight seconds. Dublin realise the massive importance of the possession restart, even the way they set up on the oppositions with their aggressive zonal press. It provides you with a platform of possession to build from.