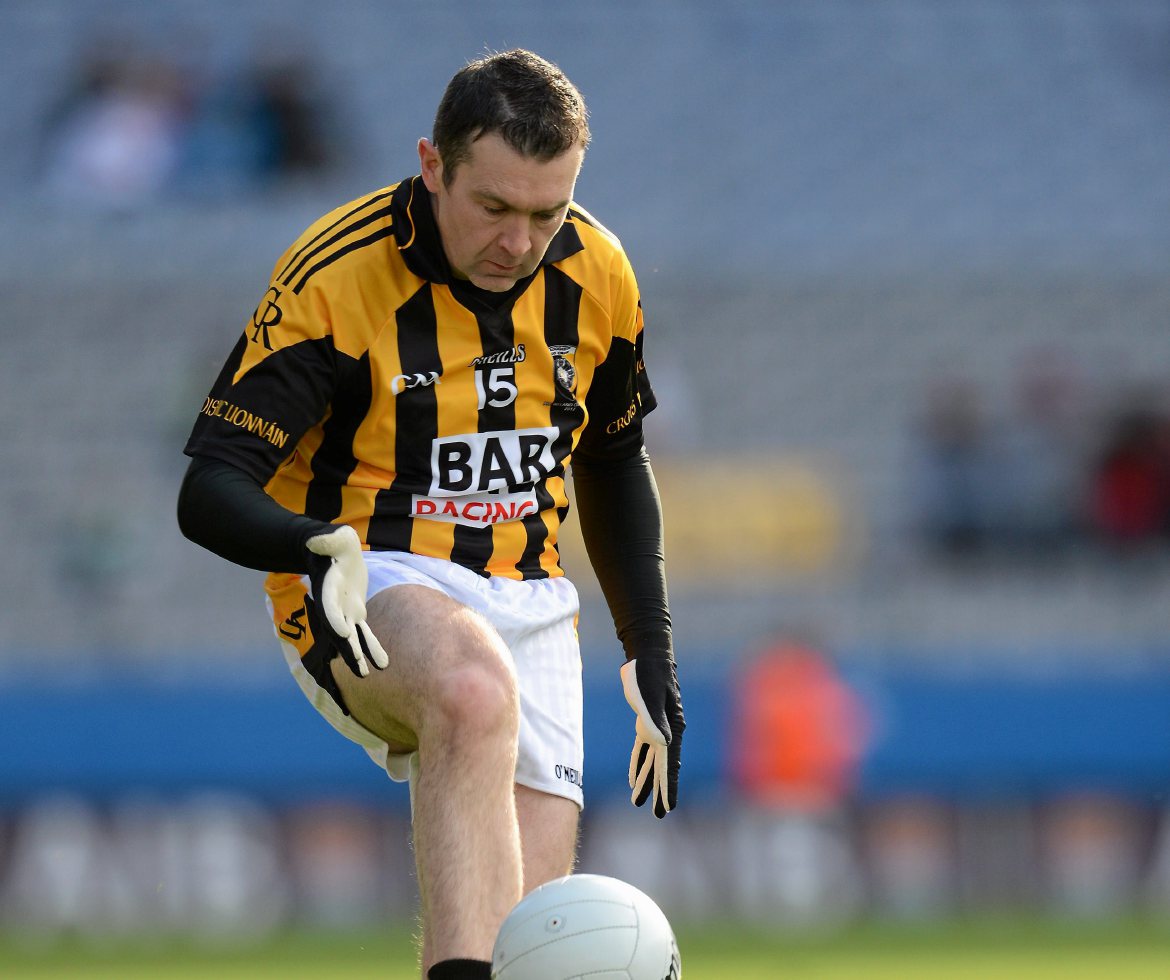 USING THE FOOT...Crossmaglen used the foot pass to great effect when winning their All-Irelands

IF you go to a coaching course looking for ideas on developing the punt pass you will be extremely disappointed. The reason is simple: there is very limited material or ideas for coaches regarding punt pass.

Yet if you go to a coaching course or witness a sample session you will see multiple games and drills that use the hand. I attended an u-13 championship game this week between neighbouring clubs in Down, Newry Shamrocks and Ballyholland.

I had a keen interest in the game due to the volume of youngsters playing for both sides who also attend our school, St Joseph’s, Newry.

Some of the individual talent on show in both teams was very evident but what was so refreshing in comparison to some senior games you would watch was the huge high percentage of kick passing adopted by both teams.

Both young teams were extremely well-coached and on numerous occasions you could hear the coaches of both sides encouraging the young lads to move the ball on with the foot. Obviously, the volume of kick passing will be determined by the system or style you as a coach feel best suits your team, but at underage level there should be no excuse for not encouraging younger players to kick the ball more, so this particular game was hugely refreshing to watch.

In the modern game the average ratio of hand pass to foot pass in a game is approximately 3:1. So for every three hand passes you are likely to see a foot pass although in some games this ratio is probably much much greater, particularly during spells of strategic game management by certain sides or if the opposition set up with a deep-lying defence.

In that case, most teams will take the easy option of a hand pass sideways rather than try and be decisive with a piercing kick pass from distance. Even a high risk pass seems to have been erased from the game at senior level.

Instead of complaining and moaning about there being too many hand passes in the modern game, it is up to us as coaches to try and change mindsets, especially that of the younger generation. I always use the simple advice that all young people need is a wall and a ball to practice their kicking and first touch.

How can we implement punt passing into a whole training session? I thought it would be difficult, but after running a number of successful sessions on punt passing, I have changed my mind. It can be done.

A few weeks back I was taking a session for a club side, I had 32 outfield players and the large majority of the session revolved around kick passing and good movement. Two things are very important in a kick-passing game, the quality of the pass but also, just as importantly, the quality of movement, particularly from your forward line.

I started my sessions in the warm-up by focusing on touch by replicating some really short foot passing just to gain a feel for the ball, encouraging players to keep their heads down and focus on the pass while also emphasising the importance of a good first touch when receiving the ball.

After the warm-up I ran a number of kick-passing drills with a shot incorporated in. We then went into groups of eight players working on four cross-field games of a 1v1 and a 2v2 nature on each side, with four players working on movement and four working on the delivery of the pass before swapping roles.

That perfectly accommodated all 32 players in the panel before we moved onto two larger sided games of 6v6 on two halves with a score being awarded for a 30-metre punt pass. Finally,we moved into a 15 v 15 full pitch game with two goalkeepers, with the emphasis being on delivery from the middle third to the inside line, trying to get players to concentrate on bypassing lines with their kick passes.

Remember coaches, coaching the kick is not a quick fix. It will take patience and time, but the younger you start with your players the easier it will be to integrate them into a more confident kicking approach at senior level. A top university coach recently told me that the volume of elite footballers who arrive at university from all over Ireland who can’t efficiently kick pass the ball is very concerning.

Be patient when coaching the kick pass, accept there will be mistakes and don’t forget to tell the young players, a bad ball early is sometimes better than a good ball late – or as the great John Morrison use to say, hit spaces not faces!