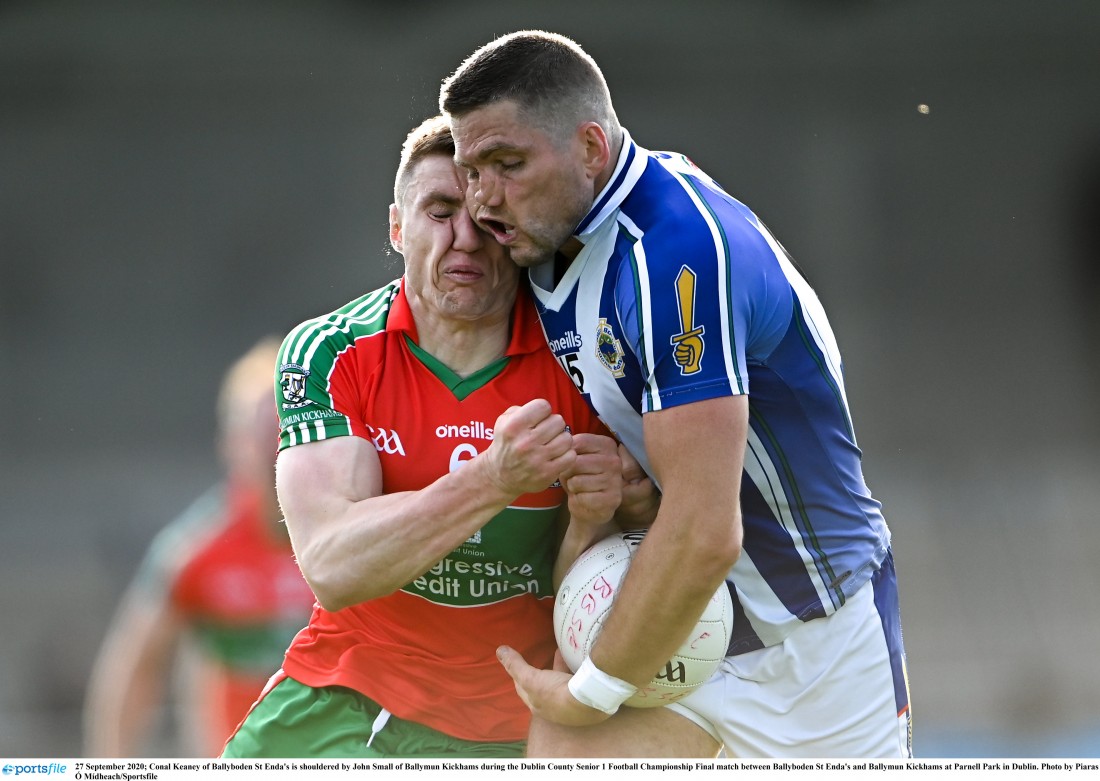 AS coaches, it’s important that we remember that Gaelic football has got clearly defined rules. It is amazing how many of us probably don’t familiarise ourselves with those rules, particularly surrounding contentious issues such as the tackle.

We must also remember that it is a game in which contact regularly happens and it is one of the most admirable aspects of our sport but, unfortunately regarding the issue of tackling, it’s the inconsistencies that exist that really frustrate everyone.

Some coaches and managers might not be aware of this, but there is an actual definition in the GAA for tackling:

“The tackle is a skill by which a player may dispossess an opponent or frustrate his objective within the rules of fair play.

“The tackle is aimed at the ball, not the player. The tackler may use his body to confront the opponent but deliberate bodily contact (such as punching, slapping, arm holding, pushing, tripping, jersey pulling or a full frontal charge) is forbidden.

“The only deliberate physical contact can be a fair charge i.e. shoulder-to-shoulder with at least one foot on the ground. More than one player can tackle the player in possession.”

Reading the above definition does open the debate to what a legitimate tackle is, with one person’s interpretation sure to differ from another’s. For a referee to have to make an instant decision in real time is obviously very difficult, and we must share some sympathy for those in the middle with the whistle because it’s becoming an increasingly difficult job.

One thing is for certain, I personally disagree with the view from some that the tackle can’t be coached.

Coaches can coach the tackle within their training sessions but problems occur when coaches ‘let things go’ in training and subsequently these bad habits are carried into a game.

This is why when coaching the tackle in training it is imperative that any clear fouls, which according to the above definition include punching, slapping, pulling, tripping or frontal charging, are punished.

Coaches must also explain to the players clearly where they are going wrong otherwise players will feel it is okay. This is where your skill in spotting and fixing as a coach comes into the equation.

Another great way to help players improve their tackling is to show some images or videos of good tackling and, also equally as important, to show some tackles that have been punished so players and particularly young players have a clear image in their head of what constitutes a legitimate tackle.

There was a fantastic image circulated during the week on social media of the young Bosco player considerably younger and smaller in size to his young Ballyholland opponent, but what struck me was the technique of both players. It showed they have both been excellently coached.

The young Bosco lad making the tackle is performing a near textbook example of the near-hand tackle, while the young Ballyholland player is carrying the ball in the correct hand and correct side, keeping his body between the ball and the tackler.

It’s a fantastic stilled image of how to perform a tackle and how to protect the ball from being tackled.

There is no doubt that tackling is a skill, and if you can coach the proper technique to your players it will give them the belief and confidence to execute the skill of tackling effectively during a game.

When it comes to coaching the tackle, consider the following four Ds:

1) Delay – try to slow the player in possession down, break their momentum and force them to alter their feet or body which, in turn, will help you execute the tackle more efficiently.

2) Deny – suffocate the space of the player on the ball; invade his personal space ultimately denying him sufficient room to manoeuvre.

3) Dispossess – legally try to strip the ball from your opponent, wait for the player to make a play, ie solo or a bounce, then pounce with quick hands and eyes on the ball.

4) Develop – one of the most under-coached aspects of the tackle is what happens after you actually win the ball back.

You must think transitions, defence immediately to attack, and when you are facilitating tackling exercises in training create a situation where the tackler – if he wins the ball – must develop the play.