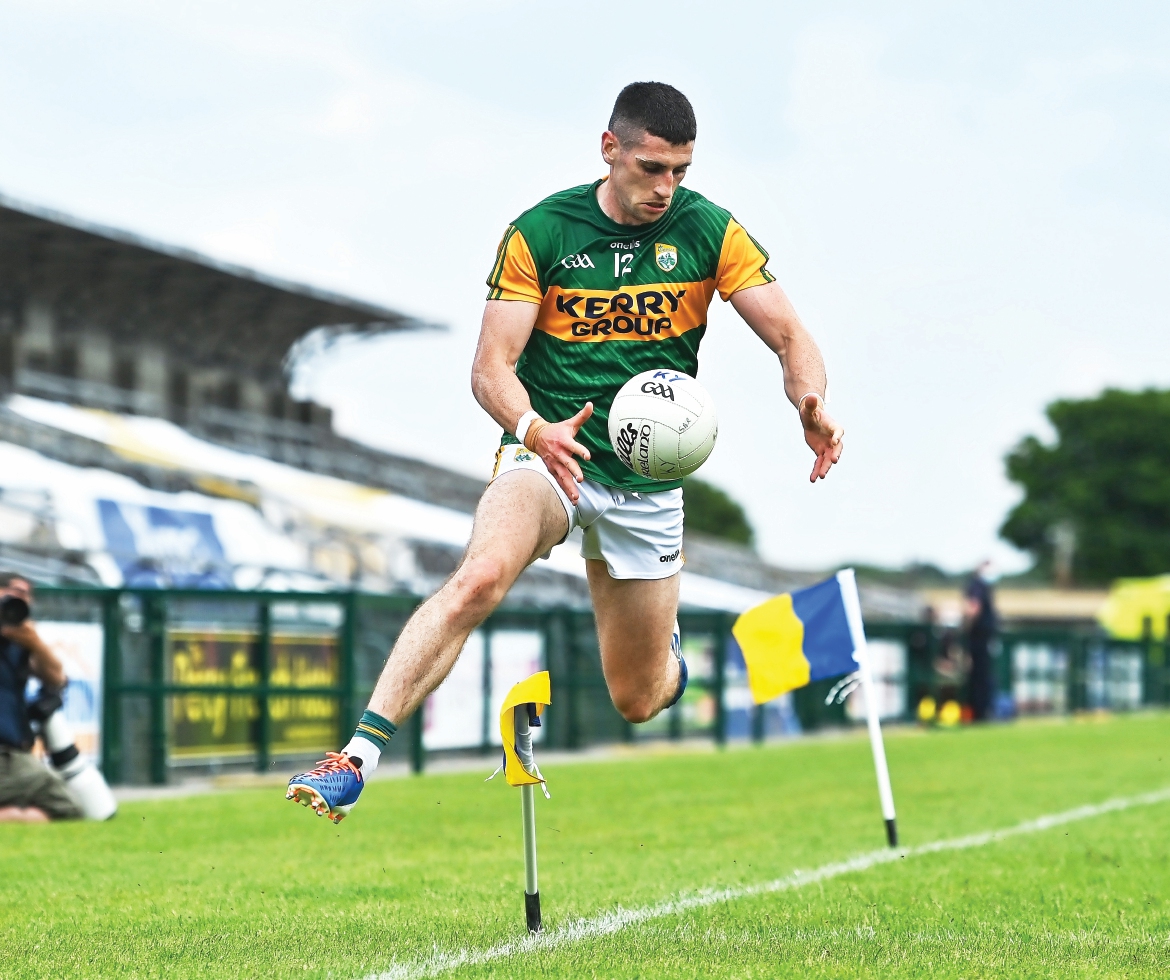 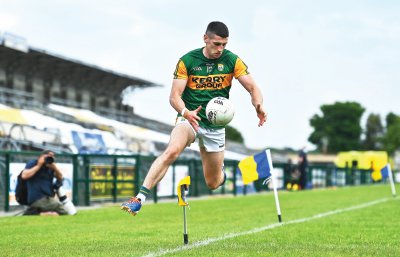 30 May 2021; Paul Geaney of Kerry jumps over a sideline flag to keep the ball in play during the Allianz Football League Division 1 South Round 3 match between Roscommon and Kerry at Dr Hyde Park in Roscommon. Photo by Brendan MoranSportsfile