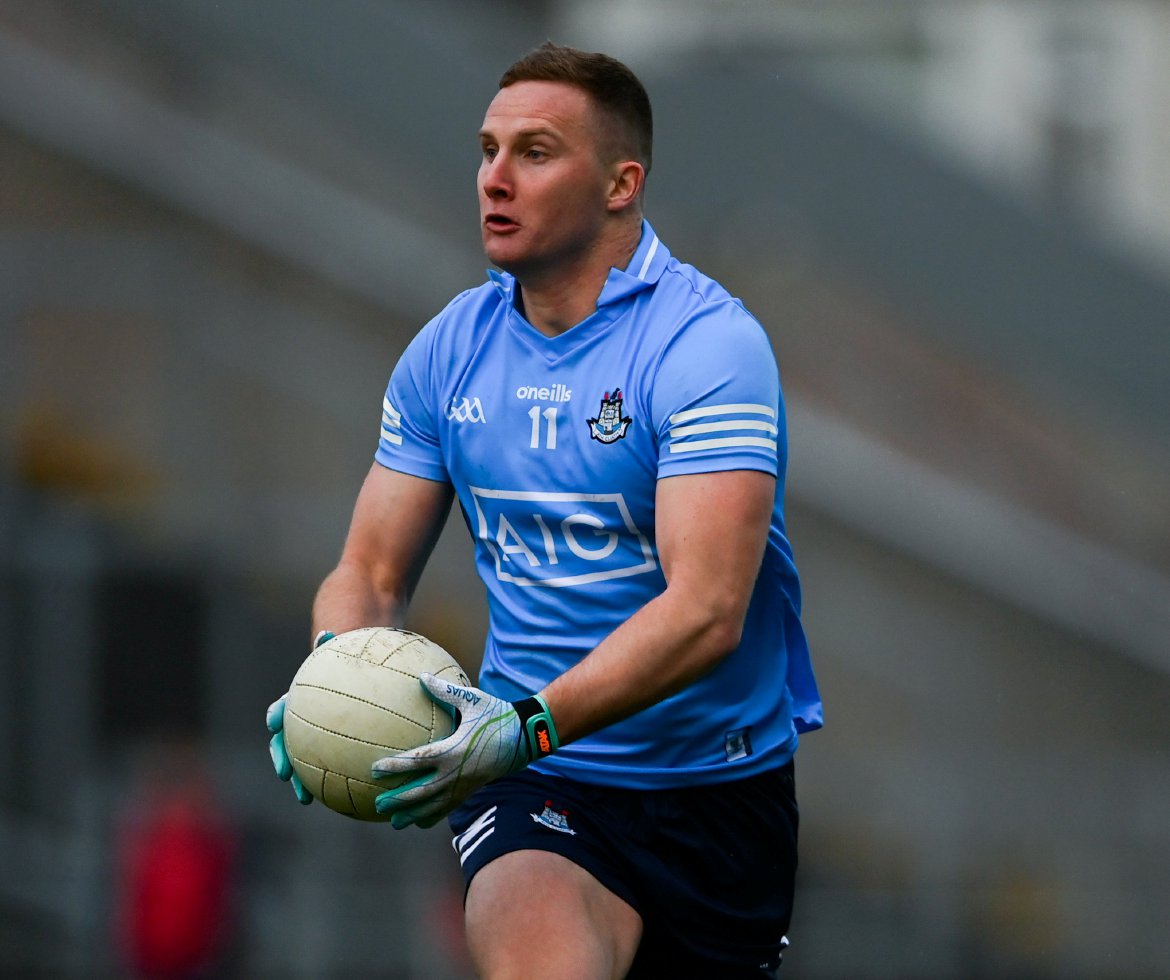 GOOD EXAMPLE...Dublin forward Ciaran Kilkenny always seems to make the right decision when the Leinster side are transitioning from defence to attack

THE word ‘transition’ is now commonly used when talking about GAA games, probably more often in the last few years than ever before. However, transition play has been around for a long time.

When we talk transition we associate words such as change, evolution, conversion, shift, move and switch, so in football terms it’s the ability to change from defence to attack or attack to defence.

I have often said it’s not one particular thing but in my opinion transition play is everywhere in the game.

I don’t see it as one single physical aspect that needs worked on in training, it’s a complete mind-set change.

Every game played in training should consist of a transition element whether that be from a defensive mind-set switch to an offensive mind-set or vice versa, and that mentality can only be achieved through playing conditioned games or full-sided games in training at speed with the emphasis constantly on transition play.

This week myself and Benny Coulter ran a coach education evening as part of our January Coach Education winter programme at St Joseph’s in Newry.

Benny ran a number of games based around developing transition play, with the emphasis on width, depth, pace and penetration – all skills that contribute to effective transition play.

Any games I run involving transition play will never stop at the first phase or first score. What I mean by this is if we run an offensive game or drill that focuses on running the ball through the hands, after the score the goalkeeper will get a restart away in super-quick time because it’s relevant to the game we play. It also programmes the offensive players to quickly switch to defensive mode.

All these key elements can be coached through transition games, so if you are running a scoring game make sure there is an opportunity within that game for the offensive team to transition to defensive mode and vice versa.

Of course the crucial aspect and probably the one that separates the good teams from the really good teams is the level of speed in which this transition is made. Good transition play is shifting from attack to defence and defence to attack with speed of play, speed of thought and through speed of decision making.

Maintaining a balance in numbers in transition is also crucial. For example when you transition how many players do you leave behind in your defence?

Whatever balance to the numbers teams decide to adopt, it will always be games that act as the best form for coaching and teaching.

So make sure to include transition play in your training sessions in order to accomplish this goal for your team.

In high pressured and important games, you are looking for players who can make decisions in these high pressure transition moments while also retaining the quality of their decision making. This is critical, particularly when moving and thinking at speed.

This will allow players to explore and investigate and solve situations themselves without having to be empowered or guided through every decision.