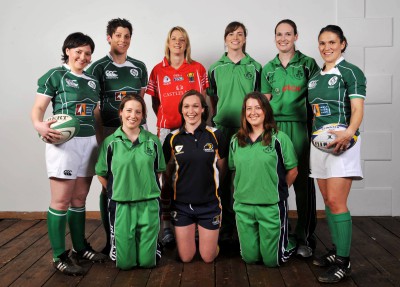 GIVE IT A GO...Steven Poacher feels that trying different sports should be encouraged

LAST Monday with lots of pupils absent and also due to the inclement weather, our u-14 squad had low numbers at training, so we decided to slip the trainers on and headed into our sports hall where we played indoor soccer, basketball and dodgeball for an hour.

The youngsters loved it and it was a refreshing break away from the rigours of the pitch and weather and, also, the structure of organised training. It made me think that maybe we need to do more of it.

When you consider that the close season for underage teams now exists for normally at least six to seven months from October to MarchApril, there is certainly need for imagination and the need to offer players the opportunity to stay fit. I feel that particularly applies to young people so that we do not to lose them to other sports.

We can all offer more and some of us do offer more, not just in clubs but in schools and it doesn’t have to be Gaelic games, in fact it can be games of any sort. Take the game of Gaelic football, what do players actually do? They jog, walk, run, jump, change direction, catch, pass, block, squat, lunge, create, make angles, make decisions and they score. All of those aspects of Gaelic football, when you examine them closely, are all part of the same family: the family of invasion games.

Our u-14 and u-16 Gaelic football teams in school train after school twice a week, but not everyone in the school has an interest in Gaelic so we have decided as a PE department that in the New Year we are going to offer a ‘Games Alternative Afternoon’ as an extracurricular option for both KS3 and KS4 pupils in the school, something I have offered in previous years.

The idea of the day will be to offer young people the opportunity to play invasion games which will in turn improve their skills, fitness and qualities needed to excel in their respective team sports.

Here are some examples of invasion games that can be played indoors over the winter months and skills that are easily transferable to Gaelic games:

Unihoc – played with plastic sticks and a puck, brilliant for handeye co-ordination and excellent for hurlingcamogie players in the off season.

Netball – yes both boys and girls can play. It’s a super game for improving decision-making, handling and also for having a direct opponent but no physical contact which can build the confidence of an insecure child.

Along with the above games mentioned, there are countless number of other games which can be played – soccer, handball, dodgeball. All brilliant games and all improving the young player physically, technically and tactically.

I understand not every club is blessed with a sports hall but liaise with your local schools, see if your local sports centre would accommodate you, or even a parish hall or community centre hall. It doesn’t have to be that big – all you have to do is be imaginative and creative and get them playing games!