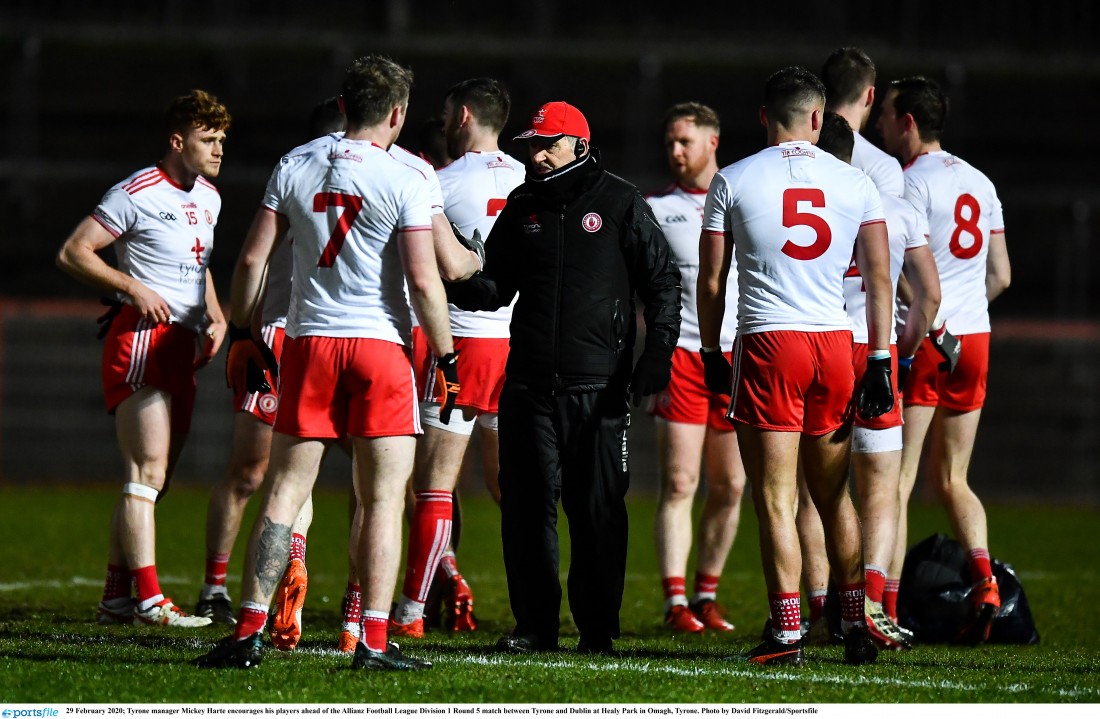 READING fellow columnist Kevin Cassidy’s column last week got me thinking about my own career and playing under different management teams and structures.

When you look at the likes of Tyrone, Mickey Harte has been in charge from November 2002. I know that is an anomaly in itself, but while he has refreshed his backroom team a few times, all those players have not played under any other manager at senior inter-county level. In contrast, over a 13-season career I played under six different management teams.

I’m not going to get into it too much, there has to be a trade-off between the positive and negatives of both.

I liken it to my thoughts on my own position within the current underage system in Glenullin. I have been with the same group of players from u-14 and now this was to be my fourth season with them moving up through to u-16.

There has to come a point where it’s not fair on the players to be hearing my voice all the time and give them a chance to learn off some of the other coaches in our club. That way they can pick up small snippets, bits and pieces from a variety of coaches and I should probably go elsewhere in the underage chain to start the cycle over again.

Anyways, much like Kevin, my own inter-county career in Derry started under Mickey Moran and John Morrison as a coaching duo. That was back in 2004.

Reading Kevin’s column, I empathised with what he was saying in terms of the type of training we had which was all mostly with the ball and was very different every night. Looking back, maybe it’s because I was young and enthusiastic and in my first year but I really enjoyed the craic we had along the way.

The early part of the season got off to a poor start and the championship was about to get worse when we got a mauling by then All-Ireland champions Tyrone in the first round in Clones. We then set off on a back door journey that started in Wicklow and ended six games later with a defeat in an All-Ireland semi-final against Kerry. Lady luck maybe helped us along the way in terms of the draw however, the team definitely developed massively along the way.

I’m sure most who were there will remember the journey home from Wicklow when all the pressure of the daunting trip had been released and it was a scorching hot day and we were allowed to stop in the first town we saw to get refreshments for the road home. It did not do us one bit of harm and in the long run it probably helped.

There were a fair few characters in that team and I’m sure everyone remembers by the time the bus got to Armagh, John Morrison stepped off with no shoes or socks on outside the Xtravision and walked up the hill towards his home.

The whole team was banging the bus window at him and he just turned and saluted the fellas as we make our way on up the road to Derry.

It was a race for us younger fellas to get a shirt ready and get the bus driver to drop us off at the Elk whereas the older fellas would have been getting off in the middle of Maghera. Most of the Sunday was spent going on a hunt for kit bags that were just all left on the bus!

Mickey and John both understood the value of letting fellas unwind at the right time. While not actively encouraging it they were happy enough to let grown men make their own decisions and be sensible within reason knowing that this sort of management would help them in the long run.

I’m certainly not privy to what way Mickey has changed, if at all, over the years but I would be surprised if he takes a different stance. I would imagine it’s the players in the set ups he is in who have maybe changed.

I remember as the summer progressed the team grew with every week passing and the semi-final with Kerry was probably a step too far for a young team.

At that time, on the starting team, we had four players who had played in the minor final two years previous while our go-to men such as Paddy Bradley, Enda Muldoon or Fergal Doherty were only 22 and 23 years of age. With Sean Marty, Paul McFlynn and Johnny McBride the elder statesmen of the team, there was a real good balance across the squad.

We came back the following year and after Armagh defeated us by three points in the Ulster semi-final we ended up being turned over by Laois in the Qualifiers.

That game signalled an end to what was Mickey’s third reign as manager after having a few as a trainer just for good measure.

John and himself went straight to Mayo and famously took them to the final after coming from seven points down in the semi-final to defeat Dublin.

I certainly enjoyed my introduction to county football under those two men but I did come into a squad that was full of quality and was gaining the experience needed to play at that level.

It would be a few years before we won the National League against Kerry, which wasn’t to be sniffed at either. Thousands of players end their inter-county career without silverware of any sort. While it wasn’t the main goal at the time, victories like that were built on the likes of the bus journeys home from Wicklow!