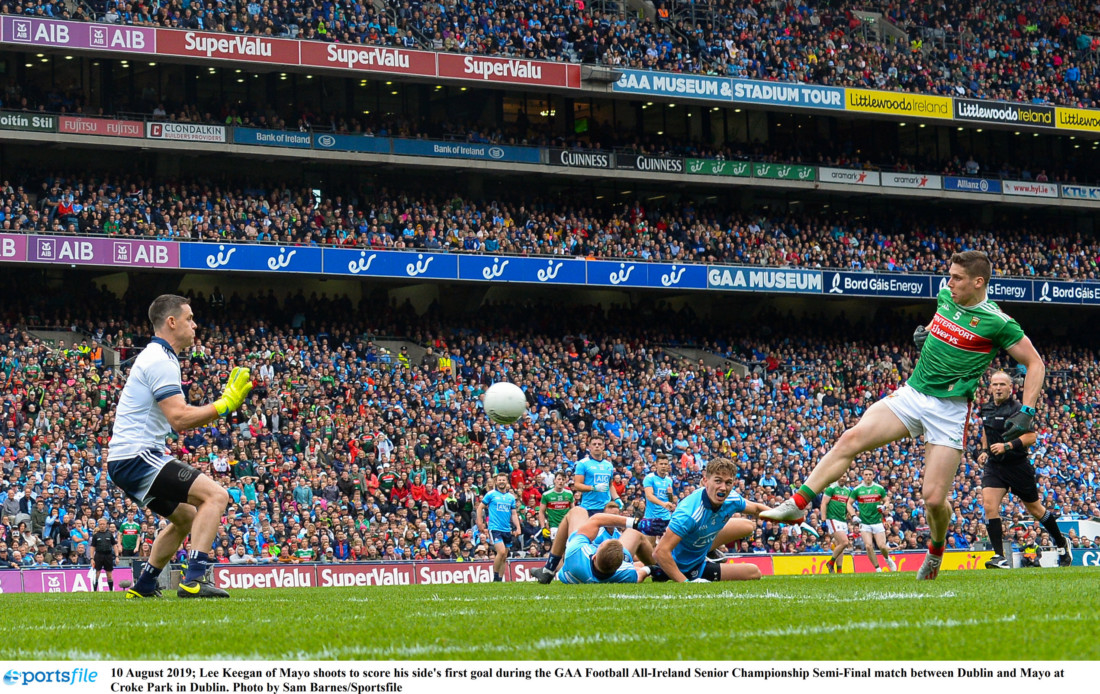 ALL of the pretenders and nearly men have fallen by the wayside as two familiar foes prepare to lock horns once again in this year’s All Ireland final. Mayo and Dublin will once again come face-to-face to battle it out for the crown.

Amidst all the talk of lockdowns and a post Covid championship, Dublin have quietly gone about their business with little or no hype surrounding their campaign. Given all that is happening in the world at the minute there is zero talk of Dublin’s six in-a-row quest and that for them as a squad is a massive advantage. Cast your mind back to last year‘s championship and all the extra pressure that was heaped upon this Dublin team with the talk of the seemingly impossible five in-a-row.

Rewind six or seven years and if you were to say that any team with would go on to win five possibly six All Ireland’s in-a-row you would have been laughed at. Dublin are on the verge of making that a reality and the fact that no one is talking about it plays right into their hands.

With the championship being played week-after-week and with some major shocks occurring, Dublin glided under radar with little or no fuss. If I was to ask you who from Dublin is in the running for Player of the Year you would actually have to think about it for a while. That is mainly down to the quiet manner in which they have slowly built momentum through this year‘s championship.

All the talk earlier on was about perhaps Galway making the breakthrough and then Donegal were the team who were going to challenge but, meanwhile, under the city lights Dublin continued to follow ‘the process.’

I do believe that we have the best two teams in the land contesting this year‘s final and I actually think that it will be a close contest this weekend.

Dublin are used to winning games by massive margins but they have also proven in the past against Mayo that they can sneak tight affairs. Mayo are the only team in the country who will back themselves to go man-to-man with Dublin and that poses a huge threat to the Dublin dynasty.

Any team that steps into Croke Park with a defence-first approach against the Dubs are already beaten before the ball is thrown in. You must back yourself and believe that you are good enough to go toe-to-toe with them to stand any chance.

You need quality players within your squad to do that but any team that reaches an All-Ireland final has a certain level of quality. Mayo will not fear Dublin this weekend and in fact it’s the one team that they would probably want to play in the final.

If you are in the Mayo camp you will need very little in terms of motivation to ensure that you bring your ‘A’ game on Saturday evening. All of those defeats will have driven those players through these last few testing months that we have had.

When you look at both teams they are totally different from the teams that have contested those three or four All-Ireland finals as a lot of big names and marquee players have stepped away from the scene, but both camps have introduced new blood and freshness to ensure that they remain at the very top of their game.

For the last number of years I have always said that Mayo have relied too much on Cillian O’Connor. Yes he had Andy Moran’s assistance for a number of those finals but largely the scoring threat would come from Cillian.

This year with the introduction of Tommy Conroy, I feel that Cillian is playing with a little more freedom and less pressure resulting in him actually getting more scores.

James Horan has also been able to deploy Lee Keegan as a man-marker in the full-back line knowing that Paddy Durcan, Kevin McLaughlin and the exciting Eoghan McLaughlin will provide that impetus to drive the Mayo team forward.

With the introduction of Conor Loftus and young Matthew Ruane, this enables Aidan O’Shea to play further up the pitch, which I think personally adds massively to this Mayo forward unit.

I watched Mayo’s last two league games and the one thing I took from it was the amount of pressure they were putting on the opposition’s kick-outs. They obviously realise that to stand any sort of chance against Dublin you will have to crack on Stephen Cluxton but that’s easier said than done. They will gamble by doing so this weekend and if it pays off, great. But if they are caught over the top once or twice then it could be curtains.

From a Dublin point of view this year has gone as smoothly as they could have expected. Dessie Farrell has slowly introduced new blood and his bench is heavily stacked with marquee players.

Dublin don’t do sentiment. Neither do they do complacency. So Mayo will have to produce something that will catch Dublin by surprise and perhaps finally get them over the line.

Do I think Mayo can do it? Honestly I don’t think they can, but it will be tight.

For me I think when Dessie Farrell starts to empty his bench Mayo won’t have the answers. I expect a great game and if I were to put my neck on the line I’d say Dublin by three points.