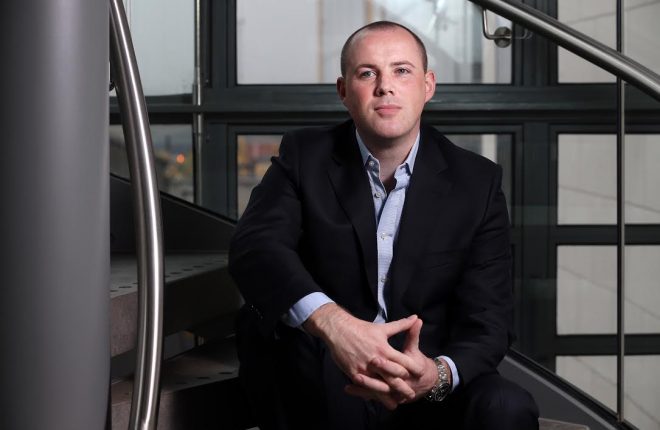 Who is the best?

Lessons learned from working with the best in the world.

Over the past 15 years it’s been an interesting experience working with and learning from many great coaches. Working with a coach like Jim Harbaugh, already a great NFL quarterback, Warren Gatland, Brendan Rogers or Shaun Edwards. Spending time discussing how to prepare to take on a new job with Eddie Jones, debating with the legendary swimming coach Bill Sweetanham or coffee with Joe Schmidt, Clive Woodward, Sam Allardyce, Nathan Buckley or Axel Foley all can always be enlightening experiences. Then there is working with real leaders in a more serious sphere of work, military, or special operations where leadership takes on a different and very real meaning. Leaders such US Marine Col Jim Minick, US Army Ranger Charles Jenks and others in the elite Navy Seal and Delta Force communities are exceptional teachers. The most common question I am asked is who was the best coach I’ve worked with. The truth is I’m not sure. I learned something different from them all. Jim Harbaugh is however the only coach I’ve ever worked with twice. That’s not to say that any the others I wouldn’t work with again, it’s simply that Jim is someone I have much more to learn from. Here are some lessons, in no particular order, that I think every good coach should know or be exposed to at some stage.

Occasionally young coaches will get interested in analytics, sports science and statistics, sometimes too much. But it’s always important to remember sport is a people business. A bad statistic can be ‘sold’ to a player with low confidence in a way that gets the best effect. Sport and coaching is a people business and will always be. This isn’t ‘playstation’ coaching. Eddie Jones is exceptional in this regard, Tony McGahan also. The best though is Big Sam Allardyce. He could make a Bolton player feel like he had Ronaldo in his pocket just before they walked out to face Liverpool or Man United. And it was sincere. His genuine loyalty and honesty meant that his relationship with players and staff is unlike anything I’ve seen elsewhere.

Just after Eddie Jones took the England job we spent a day in LA discussing his new challenge. We probably spent most time debating the exact role and limits of culture in success. Culture is a critical, though not the only, ingredient for success. Why it matters is that it will be present 24 hours a day, not just when you are around to enforce it. You might only be present for a few hours each day; culture is there all the time. When I was consulting in the premiership a few years ago I never have forgotten the difference in culture betweenManchester United and Manchester City. This was long before the change in ownership at Man City. The palpable difference in culture between the two teams was even evident even as you simply walked through the front doors.

Probably the most important lesson I can share to any young coach is to know the game. Don’t think you can just have an understanding. Really know it. Know it on every possible level. Most young coaches will rush into coaching and emphasize and stress the physical aspects of football or hurling, without understanding the tactical and skill elements fully. Of course they have what they believe to be an understanding, but it’s rarely complete. Again, the smartest coaches know the game. Speaking with great 49ers like Keena Turner, Jerry Rice, Ronnie Lott, Joe Montana or Guy McIntyre who played under Bill Walsh and won Super Bowls, they will all mention many things that made him great but they will, to a man, stress the detail with which he knew every single possible aspect of the game. That’s what separates the good from the great.

Following on from above, I always try to encourage younger coaches, especially those who have played the game, not to manage until they are at least 40 years old. If you’ve played and go straight into management the switch over can be hard. Before this you only had to worry about yourself, now within a short period, you’re managing many people. Mourinho was 38 before he took is first head role and he hadn’t played either, so this meant he had almost 20 years of assistant man-management experience and assistant coaching before he took on a head role. Many of the best coaches in the world haven’t been good players so they, like Bill Belichek for example, can all serve a long apprenticeship from a young age.

All good players and coaches have mentors of some sort. People refer to the coaching tree’s in US sport, for example Bill Walsh at the 49ers has an extensive coaching tree and even he learned from the great Paul Brown. Mourinho worked under Van Gaal and Robson. Even best, like Jose, have long term mentors they can lean on. Jim and John Harbaugh had, not only the great Bo Schembechler as a mentor, but a great mentor in their father Jack. Brendan Rogers had Jose Mourinho, Joe Schmidt worked under Vern Cotter.

– You are only as good as your assistants

All good coaches have close assistants who work with them and help them. Declan Darcy, one of the finest men I’ve had the pleasure to work with is a long time friend of Jim Gavin’s and they have coached at various levels for many years now. Of course add the great football of Mick Deegan to that group and you’ve one of the smartest but closest groups of coaches in the GAA. Often it can be unglamorous. Bill Belichek’s great but inauspicious partner in crime, is a man few have even heard of, Ernie Adams. One owner, who had employed Bill, and by default his long time friend Ernie, knew Ernie had a vital role. The story is told that the owner once famously offered $10,000 dollars to anyone who could tell him what Ernie did, because he didn’t know what it was.

– Winning and coaching is about getting a result

Often the end might not seem to justify the means but coaching isn’t a linear process. In fact it’s not even just complex. It’s delayed, disturbed and intermittent. All the time coaches need to maintain an eye on the conclusion and to get results. One special operations group always emphasize that “it pays to win”. In other words “win first and we can debate how after”. Winning is a learned skill. At Michigan the winners earn the right to improve and so they do the extra sprints at the end to get better. Winning is all that matters. As Jim Harbaugh says, “We are here to win and we will have fun doing it”.

– Never be afraid to argue

To be a great coach, it is a long journey. People are going to knock you. You’ll always have people knock you. A good friend of mine, Daniel Ryan, who was in the band the Thrills and is now a very successful manager will tell you that when most people quit is when winners just hang in there a little longer. But never be afraid to fight for what is right for you and your players. Never go looking for conflict, always try to find a common way. But great coaches will stand up to owners, CEO’s, football directors and general managers when they have to, in order to get what they want. If you’re lucky enough to work with a good one, like a John Costello at Dublin, Steve Ross at Miami Dolphins or a Eddie McGuire at Collingwood, then you protect that relationship.

The best coaches I know say little. They might know a lot, but they allow the players to learn themselves and intervene as little as possible. Warren Gatland was the first coach who I learned the value of silence from. Gat’s isn’t a very vocal person by nature, more thoughtful and subtle, so his players learn by discovery. John Kavanagh, Conor McGregors coach is similar. Watch him teach a class and you will be more struck by how little he says or how few corrections he makes, rather allowing the fighters learn themselves through discovery learning. A study of the great UCLA coach, John Wooden as explained by Daniel Coyle in “the Talent Code” demonstrated the value of allowing athletes self-learn. The coaches who say the most are the ones who are usually only learning themselves. There are many other stories and lessons I’ve seen and learned. I learned as much from the players I coached too. Bernard Dunne for example taught me a huge amount, and still does. Colin Kaepernick, Frank Gore, Justin Smith, Craig Bellamy and many others have taught me more than I’ve taught them in some respects. Many will make great coaches themselves. For example, Ronan O’Gara who I tried to get to the Niners as a kicking coach, will make a great coach in time, as will Paul O’Connell, should he decide to take that road.