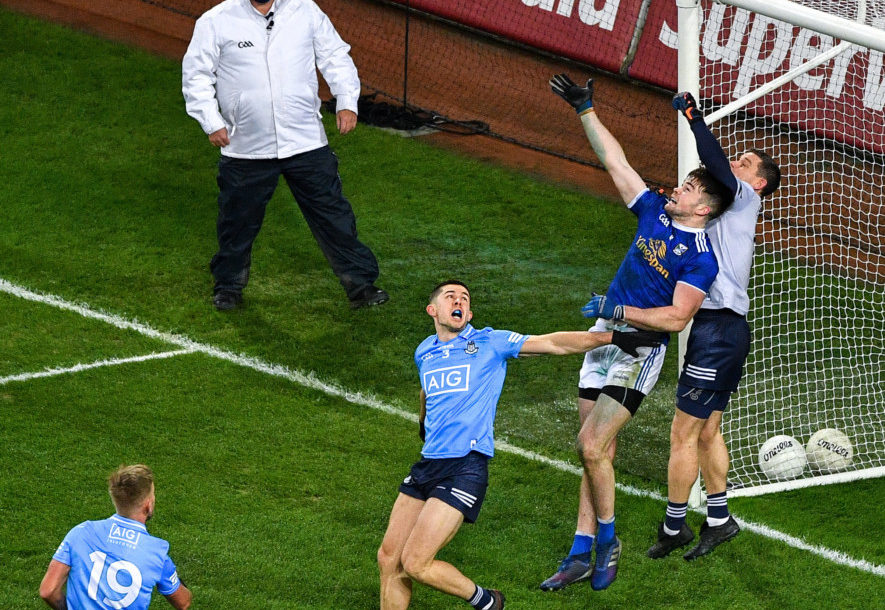 “Presence is a funny thing. If you have to prove that you have it, you probably never really had it in the first place.”

HAVING  a presence both on and off the field of play is essential for the goalkeeper. It is the tenth of my 11 goalkeeping principles and one which has importance both intrinsically and extrinsically for the goalkeeper. Goalkeepers should feel their presence within themselves first and foremost because in doing this they will grow the parts of their game that are challenging, and in some cases, those which cannot be trained.

These areas include courage, discipline, desire, loyalty, honour, hospitality, industriousness, perseverance, resourcefulness and truth. By developing these it creates a strong intrinsic base for the goalkeeper meaning that they will hold a strong set of core values that can guide them during their career as either player or coach.

By having this strong internal base, the goalkeeper will have the confidence to become more self-aware in regard to their own abilities. They will fully understand what they are capable of and, more importantly, what they are not capable of performing. Whenever a goalkeeper can fully believe in both his strengths and weaknesses, they can then give themselves the best opportunity to perform to the best of their ability.

The very nature of the goalkeeping position means that everything that they perform is magnified exponentially. If the goalkeeper exudes a strong confident persona during games, then this becomes infectious and grows within their teammates. They can also influence the confidence of the opposing team. The presence of the goalkeeper can have an unnerving effect on the other team, so much so that the opposition may spend much of their sessions leading up to the game focusing on how to counteract the goalkeeper.

Once a goalkeeper is confident within themselves, then they can begin to focus their attentions on their teammates. Becoming self-aware enables the goalkeeper to receive criticism positively and allows them to see it as feedback or as an opportunity to improve as opposed to something negative.

Being confident in their ability gives the goalkeeper the belief that they can attack the ball whenever it enters their crease. The goalkeeper must always attack the ball aggressively, not with anger or rage, but with an insatiable desire that illustrates the seriousness they take to the field of play.

Again, once highlighted that confidence will feed through their team and grow within their teammates. Attacking the ball aggressively also ensures that the risk of injury decreases especially as the goalkeeper regularly places themselves in the most dangerous of scenarios to save the ball or gain possession.

Presence from the goalkeeper should not be mixed up with bravado. They are not the same and should not be treated as such. Like the quote at the beginning of the article, goalkeepers who have a presence, both on and off the field, do not need to prove they have one. They just do. They go about their role without the need for boasting, boldness or bluster.

To instill a strong presence within a goalkeeper it is vital that this is commenced at an early stage in their goalkeeping development. It would be most prudent to ensure this runs parallel to their physical and mental development.

Without it the goalkeeper may find playing the position more difficult as they grow and trying to instill a presence later can prove to be more difficult than if completed at the younger age.

It is also important to remember that every goalkeeper is different. There is no ‘one fits all’ model that can be used to suit every goalkeeper. Instead there are two main questions that you should be mindful of whenever you are trying to grow your goalkeeper’s presence. 1) What DRIVES them? AND 2) What HIDES them?

Once you know what drives them (motivates, inspires, encourages, stimulates) and what hides them (discourages, deflates, hinders, restrains) then you can formulate and plan to help them grow as a goalkeeper. By knowing this information, you will also be able to tailor your plan to each goalkeeper you are coaching.

This will allow you to completely individualise their training plans which will further enhance their growth opportunities.

It really is a funny thing, ‘Presence!’