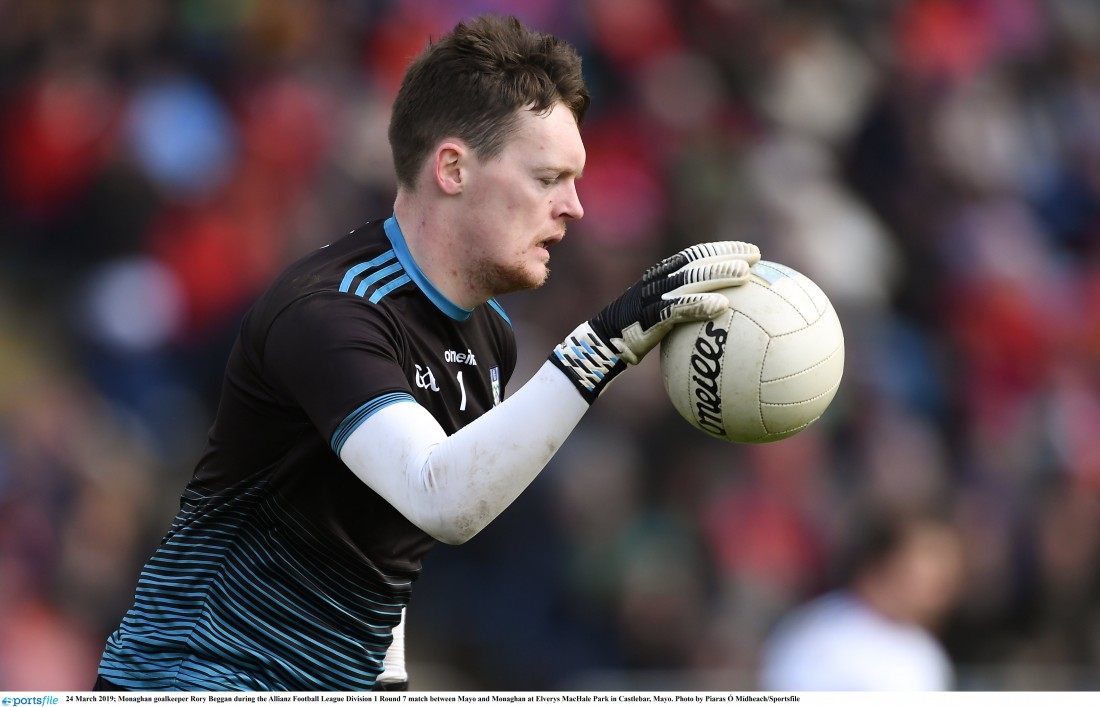 THE goalkeeping position in this modern age of Gaelic games has developed into somewhat of an art-form with many goalkeepers using their abilities as a platform for showcasing their talents.

With the array of talents that goalkeepers are now expected to hold, the position is now one of the most watched on the field of play. From kicking pin-point accurate restarts to carrying the ball out of defence, goalkeepers have now fully established themselves as an integral part of the team.

But just as the position can be used to showcase your abilities, it can also be the setting for your deepest goalkeeping fears. It can be a very unforgiving position and one by which any actions you make are magnified exponentially, none more so than any mistakes or lapses in concentration you may experience during games.

These mistakes or mishaps can be accompanied by some of the gravest of consequences and the pain caused by these errors can ultimately be felt in a physical, mental and/or spiritual manner.

At first read it is very easy to assume that a statement like this one is said in a negative context, but remember I am someone who does not allow negative talk at my sessions. If negative talk is spoken the session is paused and the negative talk is turned into a positive action, then training is resumed.

This statement, in fact, is a very positive one as it brings a very important message to the goalkeeper for their continuous development, especially for the young player who has just started out as a goalkeeper.

The sooner the goalkeeper takes on board and understands the meaning of this statement, the sooner it will allow them to break free a portion of the negative bonds that can have a restrictive influence on the growth.

For any young goalkeeper starting to pick-up and learn the position, teach them that some of the actions performed by the goalkeeper will cause some level of physical pain as they are performed but if the correct techniques are performed the amount of pain experienced will be kept to a minimal level.

Diving into the air for a ball is by no means a natural act and no matter what way you land it will cause some form of physical pain. But, by understanding this beforehand, it allows the goalkeeper’s inner psyche to accept it, acknowledge it, ignore it and ultimately focus on more important cues like saving or catching the ball.

Anyone who has played as a goalkeeper will be able to understand the psychological pressures that are inflicted onto the goalkeeper during games. When mistakes do happen, because they are magnified, they can have detrimental effects on the mind of the goalkeeper.

The pain or hurt that they receive from a psychological point of view can have negative influences on their confidence, their psychological control, their fear arousal system as well as a host of other mental traits. It is for this reason it is important for the goalkeeper, as well as being essential for the coach, to ensure that strong metal coping mechanisms have been instilled into the psyche of you/your goalkeepers to help deal with these psychological pains.

At any stage during a goalkeeper’s career, whether it be as an active player or even as a coach, they can become a victim of spiritual pain. This type of pain in a goalkeeping context comes in the form of emotions. Things like shame, hurt pride, jealousy, anguish, feelings of worthlessness, doubt in ability, fear, and a loss of confidence.

These pains, although festering in the psyche of the goalkeeper, in fact run much deeper into the goalkeeper’s actual soul – the part of the ‘keeper that gives them purpose, that makes them play and want to be a goalkeeper. It is important to remember that anything that has been lost can always be found. So, if any of the aforementioned pains appear (loss of confidence, pride, worth etc.) they can always disappear just as quickly. This is where it is essential to have a set of goalkeeping principles and/or ideologies by which can lead you on your goalkeeping journey.

In my last few articles, I wrote about my goalkeeping virtues that help keep me strong against spiritual pains. Having a set of spiritual guidelines is important to deal with the pains that arise in a spiritual context.

It is important for the goalkeeper to know and understand the first rule of goalkeeping. The younger they understand this rule the better it will be for them in the long run for their growth and development.

The first time you hear or read the rule it will always feel as if it is to be taken negatively. This is why it is always essential to discuss the context of the rule and to understand what causes each of the pains experienced and where they come from.

By doing this, you then become fully equipped to deal with them effectively with the end goal of being able to install coping mechanisms that will keep their negative influences to a minimum. Never forget rule number one.