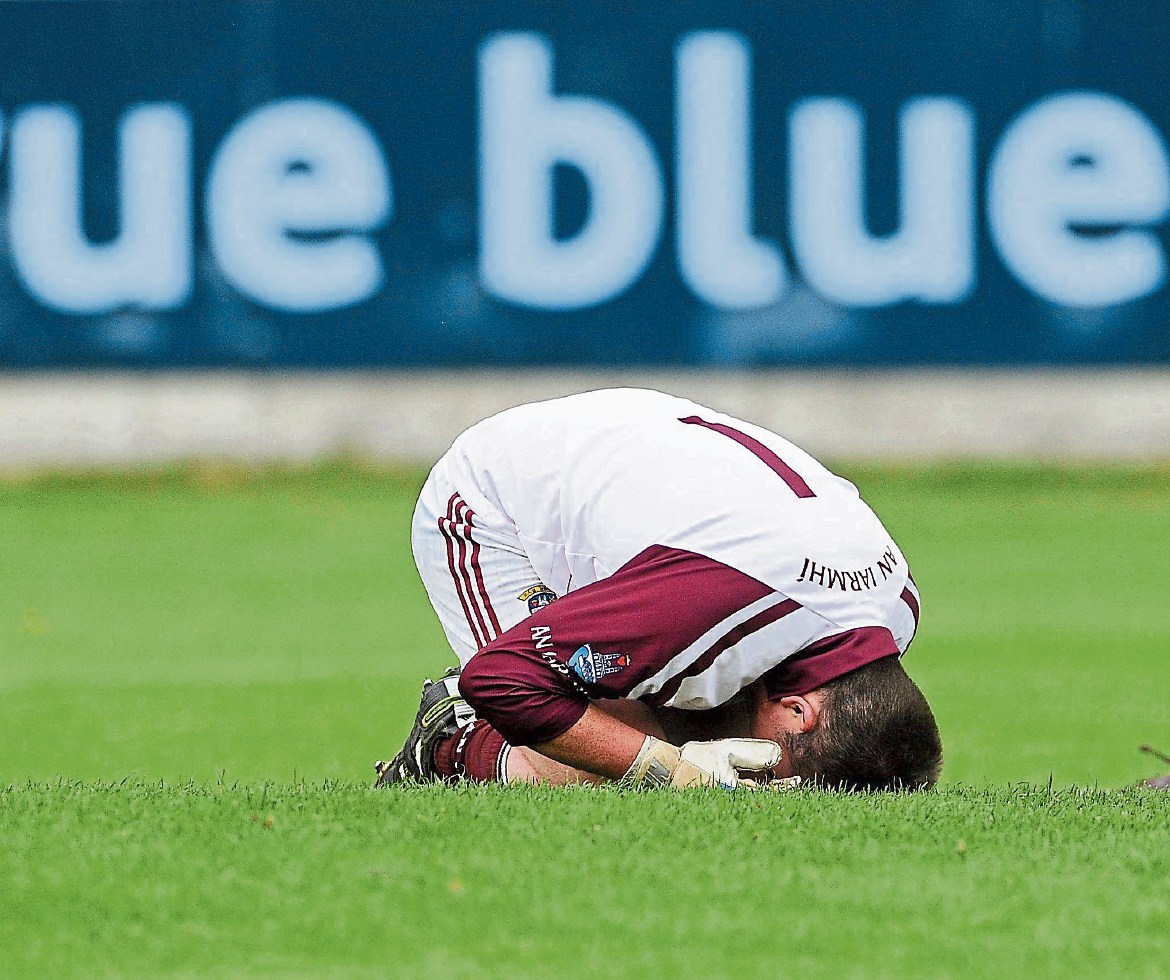 IT has been amazing watching just how much the goalkeeping position in Gaelic football has evolved over the past 20 years.

We have become more and more accustomed to witnessing goalkeepers performing skills that was once never even thought of as something a goalkeeper would ever be performing.

From taking free-kicks and 45s, to taking possession of the ball and joining the attack, to sniper-like restarts, to playing as a sweeper in front of the defence; the modern-game goalkeeper has now become expected to play in a way more akin to an outfield player on top of completing their goalkeeping duties as well.

This growth in expectation is inevitably accompanied with a growth in pressure to perform and more specifically perform consistently at a high level. It is for this reason that the modern-day goalkeeper has a strong level of resilience to ensure they can deal with the pressures of expectation.

The mental side of the goalkeeping position in Gaelic football has also grown again with more and more mental attributes expected to be owned by the ‘keeper.

For goalkeepers playing Gaelic football, games can become more mentally tiring more so than they are physically tiring simply because of this rise in mentally capacity.

An outfield player must focus on two players: one being their own performance and the other being their direct opponent’s. A goalkeeper on the other hand must be focused on all 30 players that are on the field of play. They must be able to competently direct their teammates during the play while also keeping a watchful eye on their opponents to try and counteract their play.

With both the growth in skills and mental capacity for the position, it is easy to understand why some, if not all, goalkeepers can become overwhelmed from time to time. With so much expectation both physically and mentally, it has become more important for the goalkeeper to learn how to become more resilient especially regarding mistakes andor unsatisfactory performances.

Whenever mistakes are made during competitive games it can be very easy for a goalkeeper to retreat inside themselves and begin to crumble both physically and mentally.

Going into a form of stage fright or state of fear can be common for a goalkeeper especially if they have never been taught or learned how to counteract it effectively. If it is left unchecked, it can become very debilitating for the goalkeeper and can fester to the point that even the littlest of mishaps can cause massive attacks of freezing during competition.

Recently, I had been working with two separate goalkeepers who had experienced an episode of this freezing during a game they had been playing. Both goalkeepers had made errors in their respective games very early on and it resulted in them underperforming for the whole of the game. They described a strong feeling of fright in everything that they did, and this was accompanied by an apprehension in all their decision making.

After discussing what had happen with them individually and discussed how it had affected their overall performances, we discussed what they can do whenever they feel future episodes of game freeze happening during games.

By having strategies in place to counteract this crippling phenomenon it gives the goalkeeper a better sense of control of this negative situation and can help cancel it out before it has a chance to take hold and disrupt your performance.

Most mistakes that are made by any goalkeeper are down to poor decision making and indecision. Indecision does nothing for a goalkeeper but waste valuable actionreaction time that the goalkeeper cannot afford to waste especially with the speed of the modern game. The more time a goalkeeper takes to make a decision the less time they have to carry out that action.

The best way to counteract indecision is to be decisive. It may sound too simplistic but in fact it is. By thinking of every possible situation, a goalkeeper may face and come up with two to three actions you will take within that situation it gives you a stronger decision-making base to start from because you have already narrowed down your decisions you will be choosing from. With less options to choose from and these being predetermined it allows the goalkeeper to vastly speed up their thinking time in game and actreact much quicker.

Another way of getting your performance back on track during games is to develop a physical cue that refocuses your mind. I know of some goalkeepers who have cues such as slapping their thigh, reciting a learnt mantra or quote, brushing themselves down, shaking off their bad performance. For me personally, I like to bang my boots off the posts as if to knock off the bad performance or specific mistake.

I call this ‘Clearing My Feet’ because everything that a goalkeeper does begins with their feet. My father famously had a skip at Derry’s Owenbeg training ground for each player to physically brush themselves down and put their negative energy into a plastic bag and dump it into the skip before they entered the building for training.

The most important thing to do whenever you do make a mistake is to take ownership of them. Never be afraid to admit you messed up because unless you do, it will be much more difficult to break free from those mistakes and some can even haunt you for years after they have been made. By owning the mistake and facing up to it, it allows you the freedom to correct the mistake by evaluating its cause and rectifying it in training to ensure it does not happen again.

Mistakes are part and parcel of the goalkeeping position and the fact that they are magnified more than those mistakes made outfield only adds to the pressure the goalkeeper is under.

There are things a goalkeeper has no control over but one thing they certainly have control over is how they deal with mistakes. Just like your kicking this must be practiced and theorized regularly to ensure it becomes second nature and when mistakes do happen you have the necessary coping mechanisms in place to counteract them before they cripple your performance. 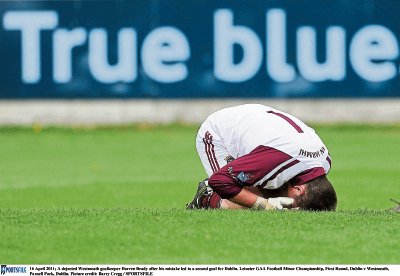