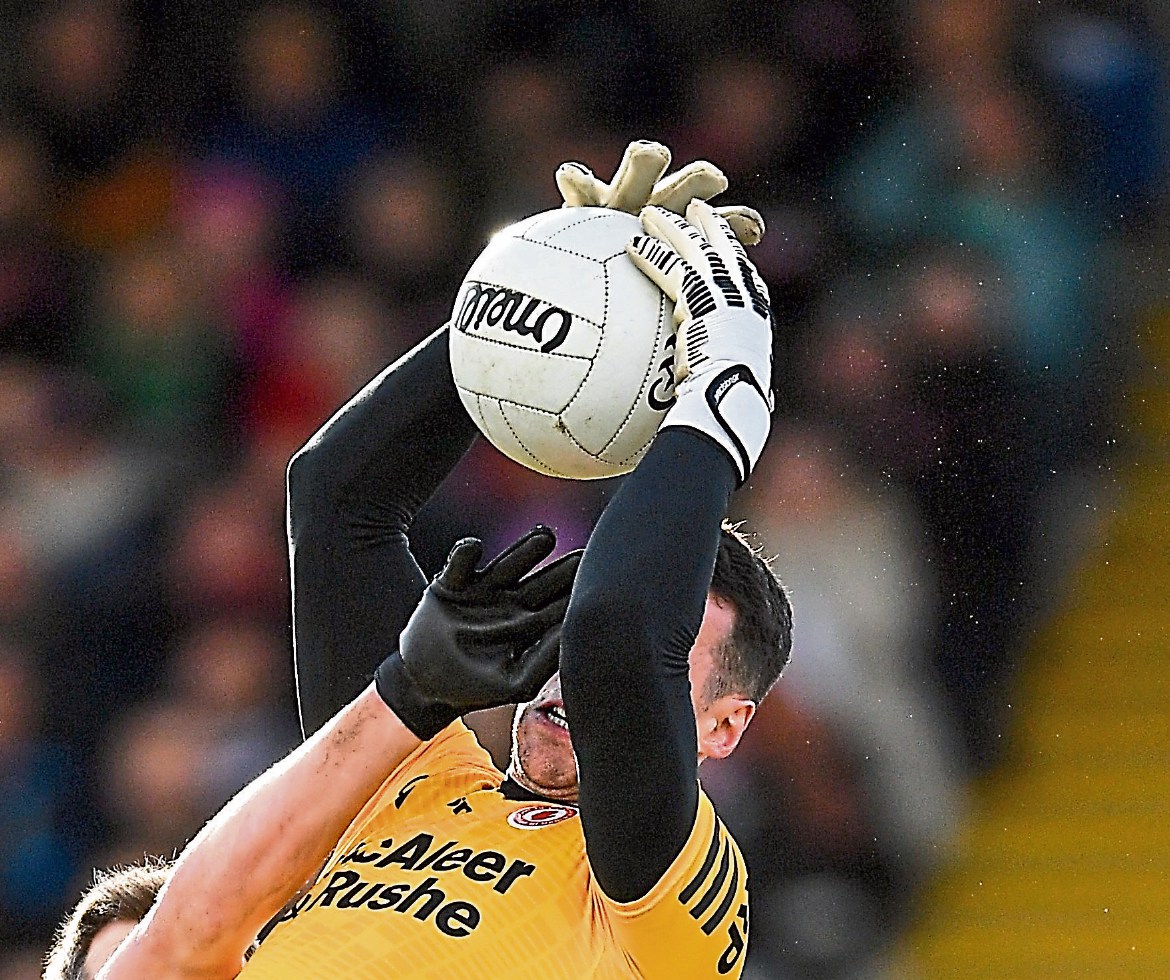 AWARENESS...Positional awareness is crucial for goalkeepers like Niall Morgan

I REGULARLY receive questions and queries both through email and while I am out coaching across the country about any tips or pieces of advice I can give in regard to a goalkeeper’s positioning. The questions come from goalkeepers of all different age groups, from clubs – both players and coaches alike – and from parents looking advice for their up-and-coming custodian.

The majority of the queries notably mention that they just generally feel unsure of where exactly they need to be standing in relation to the position of the ball while the opponents are on the attack. They almost always explain that they have never been physically taught or even verbally explained any form of theory or technique to assist them with their goalkeeping positioning.

It is because of this they feel left to their own devices and through trial and error come up with their own form of positioning. But without being taught a solid foundation for positional awareness, it can cause mistakes or misjudgements to occur during performance and without having a base to work from and refer to how can we expect any goalkeeper to rectify any mistakes.

Once a goalkeeper is taught how to position themselves in relation to the ball they will see an immediate improvement of their overall game as much of their performance will be connected to their positional awareness. It will also give the goalkeeper the confidence they need to feel comfortable with where they are positioned, meaning they can become more decisive in their actions. It will also provide them with a solid base from which to start from, allowing them to refer back to this whenever mistakes happen. And having a base to start from will allow them to develop it further into their own unique positioning style.

To begin teaching positional awareness to any goalkeeper, no matter what their age may be, I always use a technique called the goalkeeping arc. To teach this technique you will need a length of rope between 30 to 50 metres long (I use a 30m clothesline), six cones or markers and a set of goalposts (preferably to the code you will be playing). To set the technique up tie both ends of the rope to the goalposts (one to each post) and mark the middle of the goal with one of the six cones. This will be known as the start cone.

The goalkeeper then walks out towards the goalkeeping coach until the point that they feel they would be able to deal with an attempted lobbed shot comfortably but at the same time be able to touch the rope on both the left and right sides with a dive. This allows for all of their angles to be covered.

Once they reach that point, they stand with their feet shoulder width apart. The coach should be able to see the start cone in the centre of the goal between their legs. The ‘keeper then places a cone down between their legs where they are standing.

The coach must ensure that this cone is in-line with both themselves and the start cone in the centre of the goal behind the goalkeeper. If the coach needs to manoeuvre the ‘keeper left or right they can.

Again, the ‘keeper places a cone down between their legs and the coach ensures that the cone is in direct line with themselves and the start cone behind the goalkeeper. The second cone has now been set.

To set the third cone, the coach moves around again to the right-hand side until the ‘keeper is again two metres away from the second cone. Again, the goalkeeper begins at the start cone and walks out towards the coach until the point they feel they have all of their angles covered (lobbedrope touch left & right).

Again, the ‘keeper places a cone down between their legs and the coach ensures that the cone is in direct line with themselves and the start cone behind the goalkeeper. The third cone has now been set.

To set the fourth and fifth cones the coach returns to the first cone position and repeats the processes for the second and third cones but moves to the left-hand side this time. Once the last two cones have been placed there should be a very distinctive ‘arc’ left with the cones that have been placed.

Between the two goalposts and the five cones that have been marked out the goalkeeper will now have been given a visual dimension of what their goalkeeping arc is. It is this arc that will be the base of their positional awareness.

This arc is to be used as a positional guideline for whenever the opposing team enters the goalkeeper’s half of the field. The goalkeeper will use the arc to provide a general starting position in terms of positioning in regard to the ball.