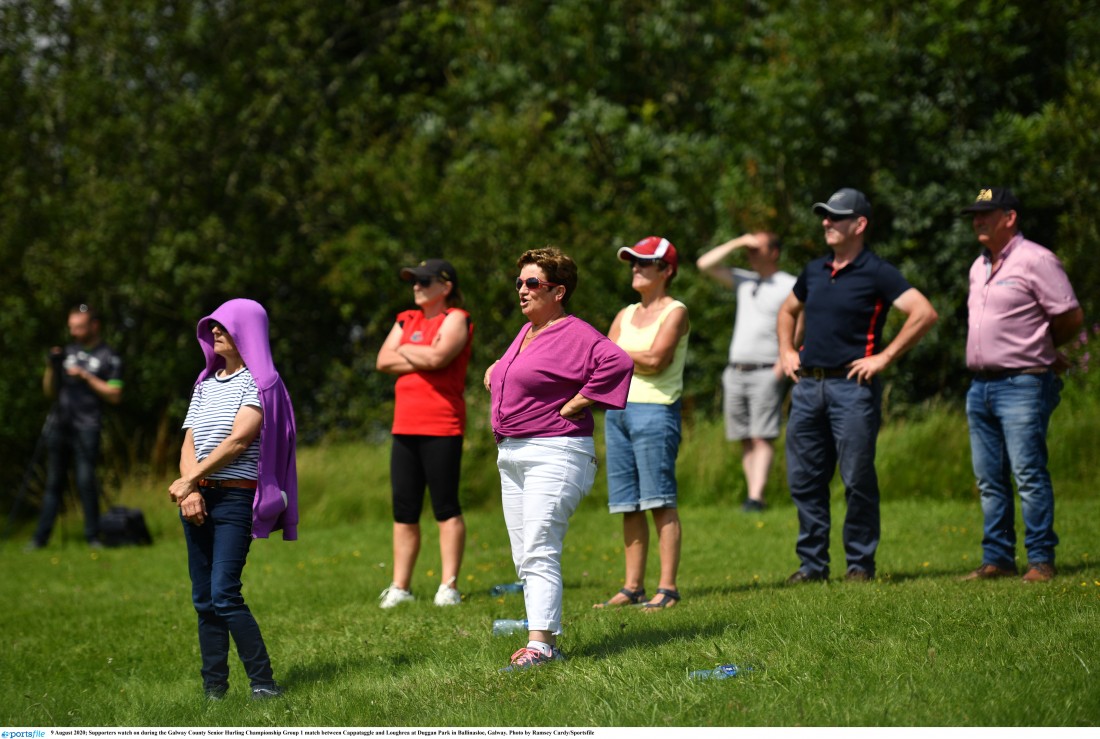 JUST a few days ago both my girls were involved in games for their local club, their first competitive action post-lockdown.

I attended both games and it was very refreshing to see the sidelines packed with parents and siblings, but even more refreshing was the fact that very few parents were trying to coach or put pressure on their child. Too many parents try to play the game for the youngster and it’s such a huge issue.

I saw it for years at schools’ level. I remember one day in particular when two parents followed the child to corner-forward and then in the second half moved to the far corner to do the same. I moved him to centre half-back so they couldn’t get near him.

I can get quite emotionally involved on the sideline during the senior games I am involved in, I am not going to disguise that fact, but when I go to watch my two girls play, you wouldn’t even know I was at the game.

I always tell them that they were fantastic, I reiterate the point strongly to them that it’s about enjoying it, making friends and having fun at that age (u-10/u-12 girls). I also make a point of thanking their coaches.

We probably don’t realise it, but as parents we are possibly the biggest obstacle to the coaches of underage teams.

A few years ago an article appeared in a local newspaper in Leicester to say that underage football was so out of control that someone could be killed. The main source of concern was the aggressive behaviour of parents.

There had been incidents of parents threatening to stab referees, another head-butting incident, young players being man-handled, damage to changing rooms and over 10 games were abandoned due to out-of-control parents.

You may be reading this thinking ‘ah sure that’s over in England, that’s soccer, it would never happen in the GAA’. I have witnessed out of control parents first-hand at u-8, u-10 and u-12 tournaments in the last year. They are putting unnecessary pressure on the coaches and, more importantly, on the players, none more so than their own children.

I know we see coaching courses and child protection courses advertised regularly, which is brilliant, but I really feel every club should run a series of courses for parents on how to conduct themselves at underage games or training.

There are ways in which clubs and coaches can educate parents to become better sporting parents, here are a few:

– Be supportive of the children. Don’t pressurise them into playing and support the decisions they make both on the field and off the field.

– Give positive praise. Know when to show praise and when to keep quiet, and don’t forget to praise other players on the team and also the opposition. Show appreciation of good play.

– Be calm and composed. If your child gets tackled aggressively or is involved in something contentious, let the referee deal with it and keep control of your emotions.

– Promote the process of taking part and being involved, don’t use phrases like “you have to win this one.” It’s one of the main reasons children leave sport – the pressure of needing to win.

– Engage positively with other parents not just from your own club but from other clubs. Positive relationships help create a more positive environment for everyone.

– Celebrate participation, even when there is a defeat. Try to put a smile on a child’s face straight away. Remember you didn’t lose the game, you are there to support and help.

– Be an excellent role model to the child by watching your body language and your language. Children will not always remember what you said but they will remember how your words made them feel.

I look back at my own experience in sport in my younger years. I loved all sports, Gaelic, soccer, athletics, golf, tennis, cycling, swimming. I tried everything and came across some fantastic coaches along the way who I have nothing but admiration and respect for.

Fortunately for me I am happy to say that the greatest coach I ever had was, and still is, my father.

Remember coaches are important in the sporting development of the child but do not underestimate the influence that the parents will have on the experiences of the child.