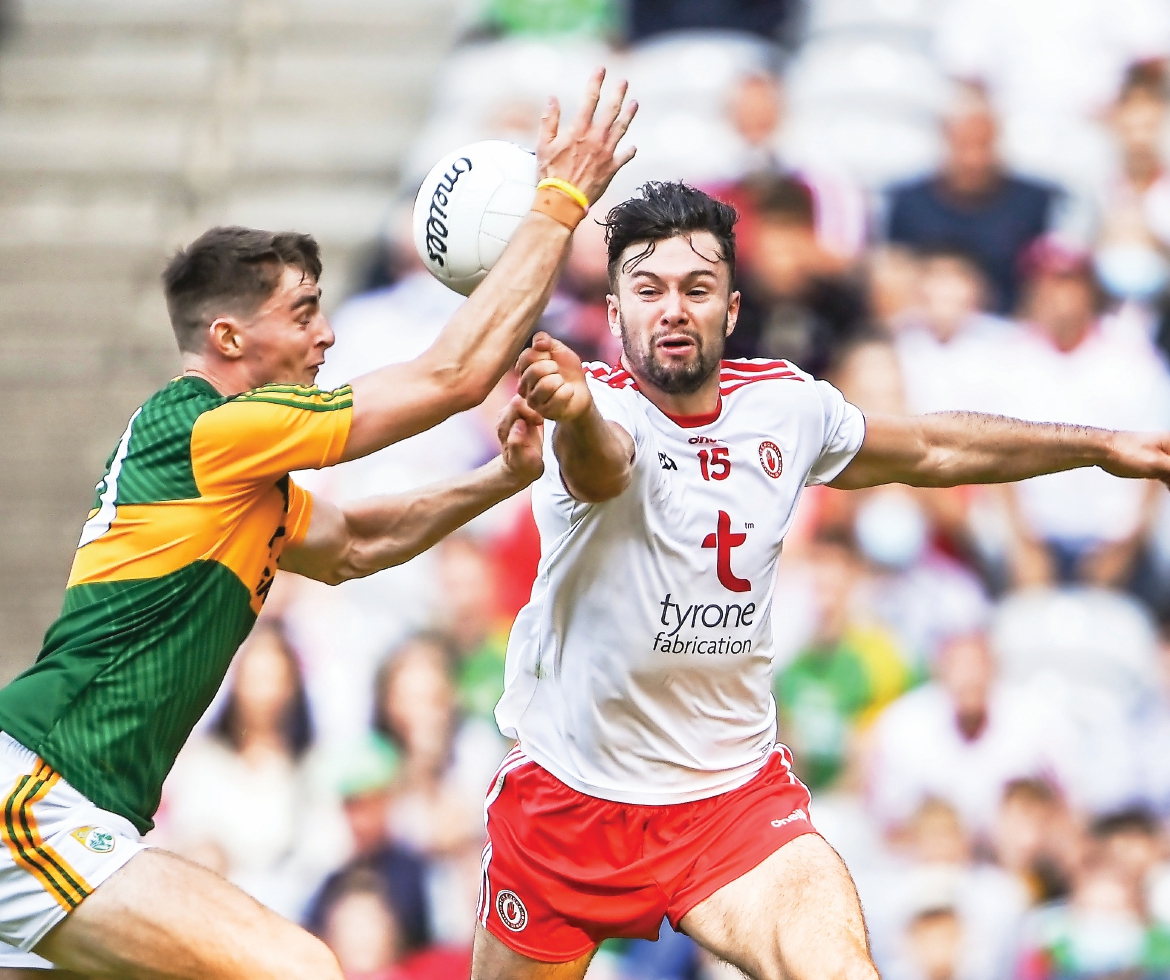 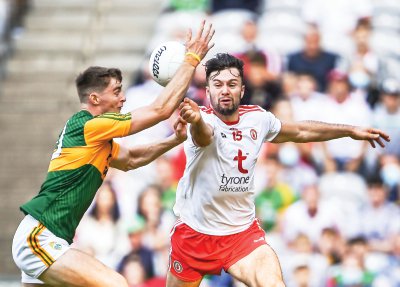 28 August 2021; Conor McKenna of Tyrone in action against Diarmuid O’Connor of Kerry during the GAA Football All-Ireland Senior Championship semi-final match between Kerry and Tyrone at Croke Park in Dublin. Photo by Piaras ” MÌdheachSportsfile